Sam C found an unauthorized alien from Europe on Friday hanging out on the north end of Wrightsville Beach.  I convinced him to hold back on calling immigration until I got a chance to see him.  I was in Carolina Beach when Sam found it right before dark so I didn't even attempt to chase.  However, I did get up at 5 am Saturday and headed down so I could get past the marathon start at 6:40 am.  When I got to the north end of the beach, it was still dark but I could see a huge congregation of gulls so I posted up and waited.  Dawn the Rosy-fingered crept up into the eastern sky and I was quickly able to pick out this snazzy interloper. 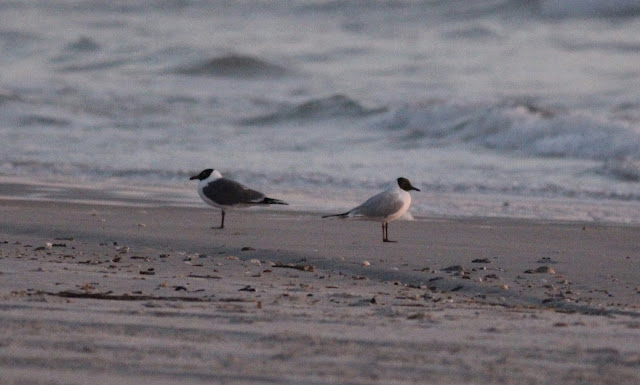 Black-headed Gull on right with much lighter mantle. 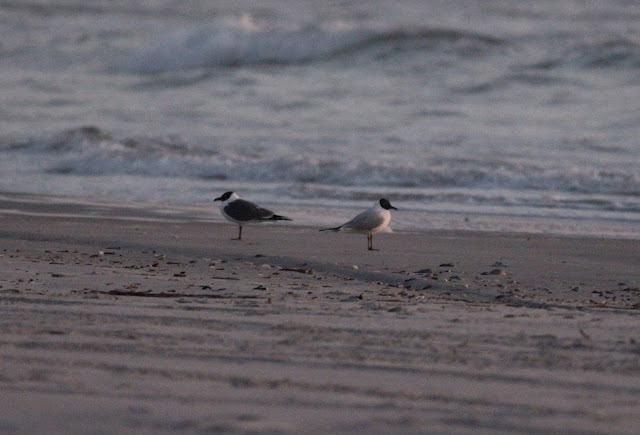 Unfortunately he did not stay long.  One it became light enough he took off to go forage in the marsh.   I hope to see him again in better light. 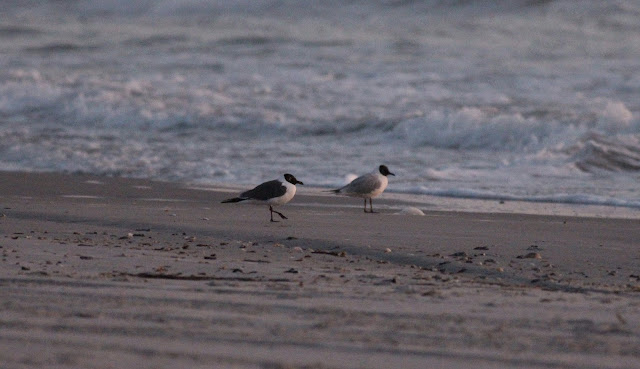 There was a ton of other birds so I stuck around. 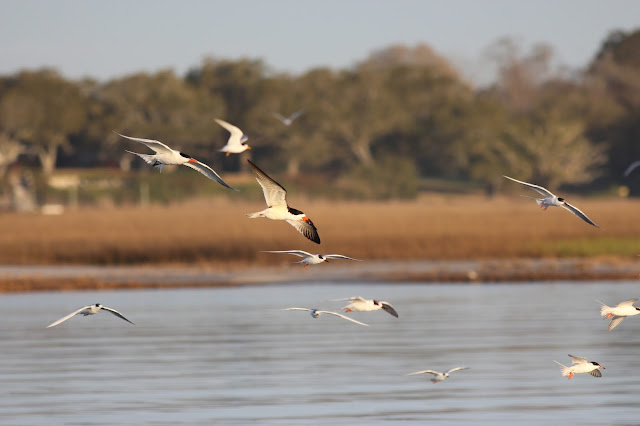 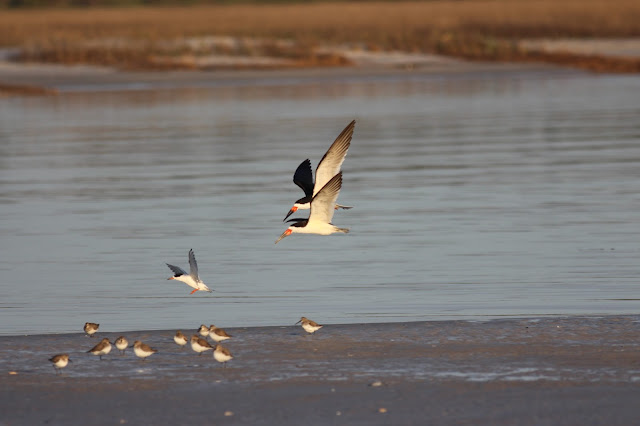 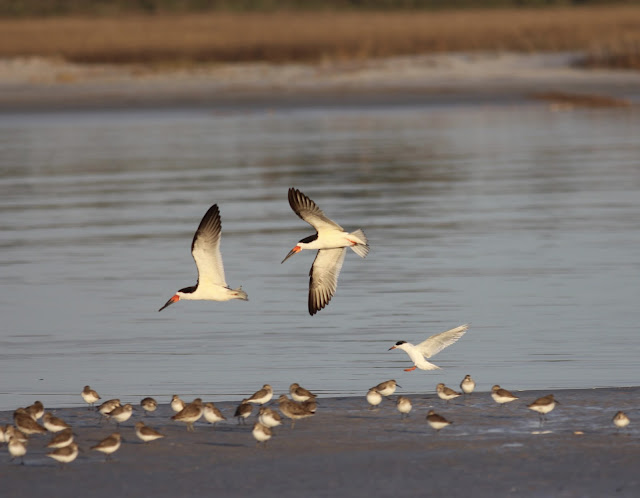 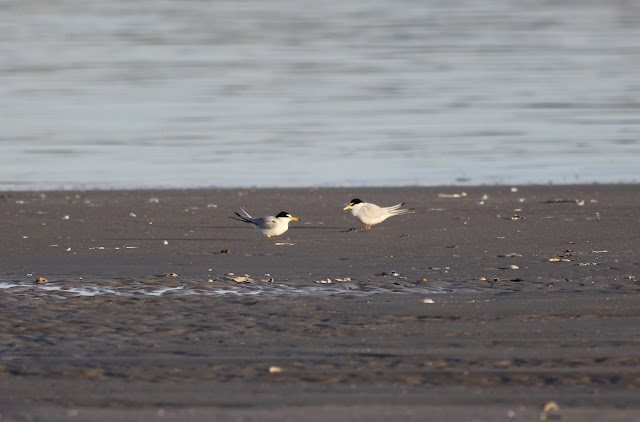 A couple Least Terns were back. 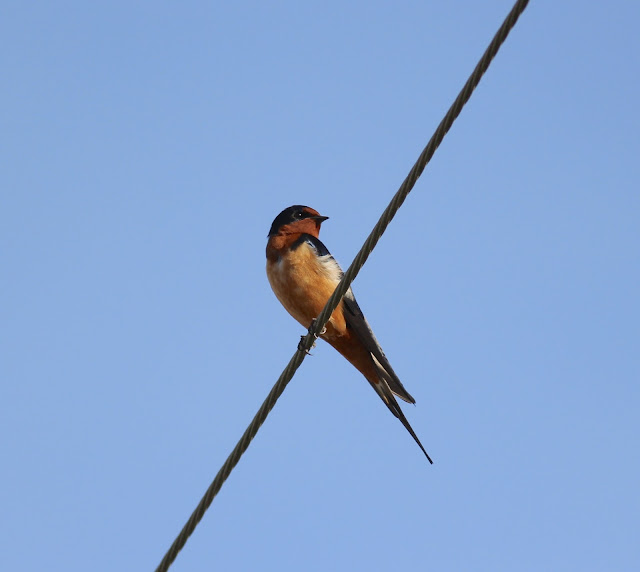 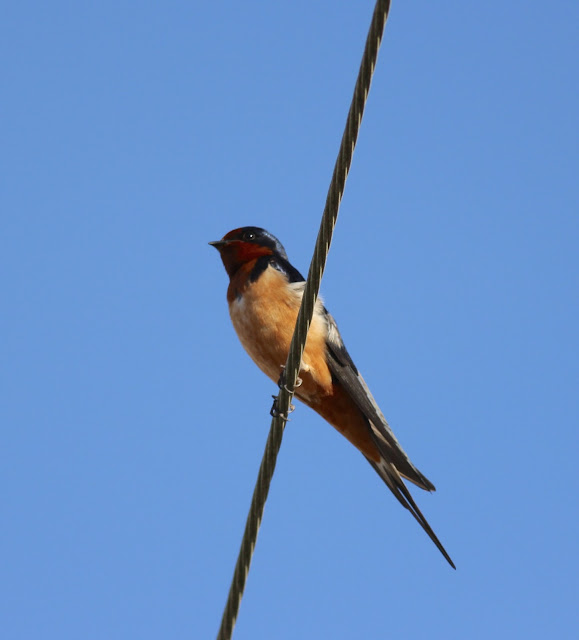 After the beach I went to Airlie Gardens and took a nice walk.  As I was looking through a mess load of Cedar Waxwings on the group feeding on palm berries, I noticed tanager with a red face!  A Western Tanager male!  I bent over to put my coffee down and spun my camera around but it was gone with the flighty flock of Waxwings.  ARGhhh.... 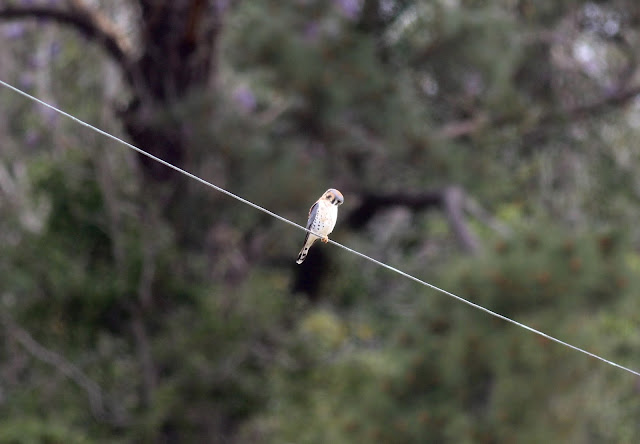 American Kestrel seen on side of road on my way home. 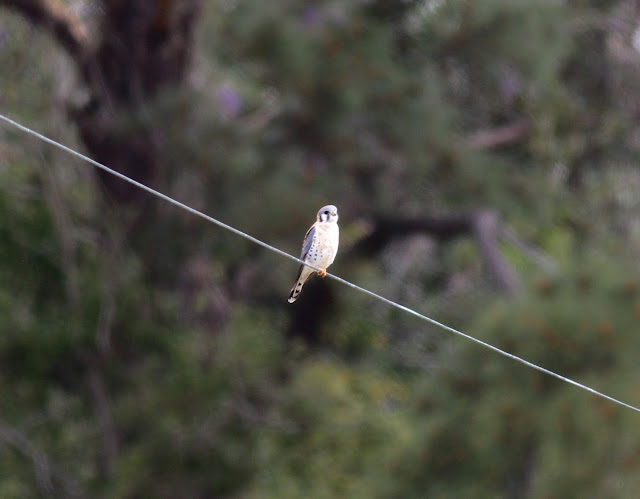 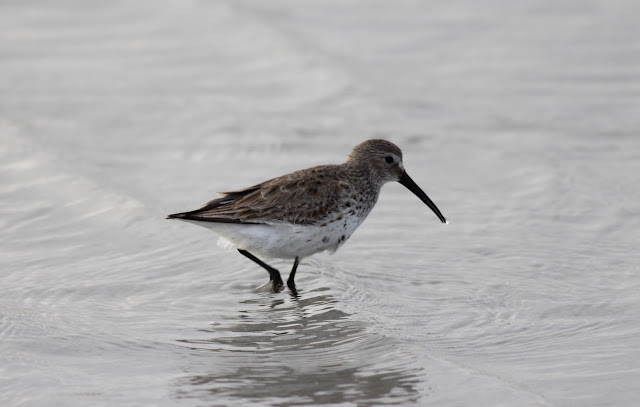 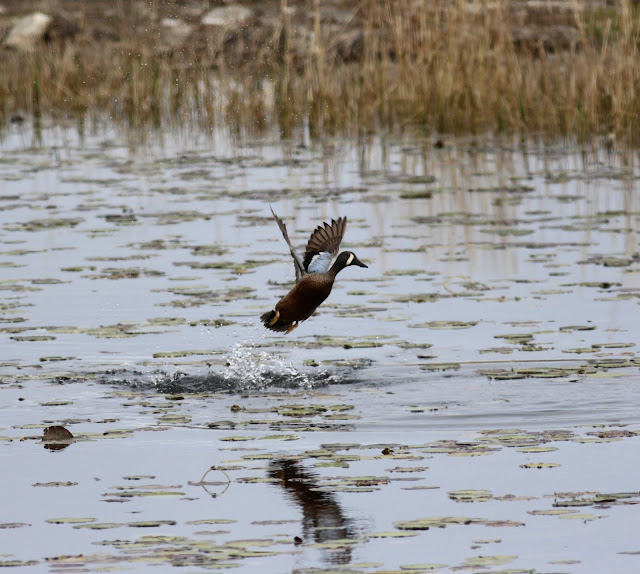 Blue-winged Teal at Ashley HS pond.  Now the only regular duck I need a picture for in New Hanover County is a Shoveler. 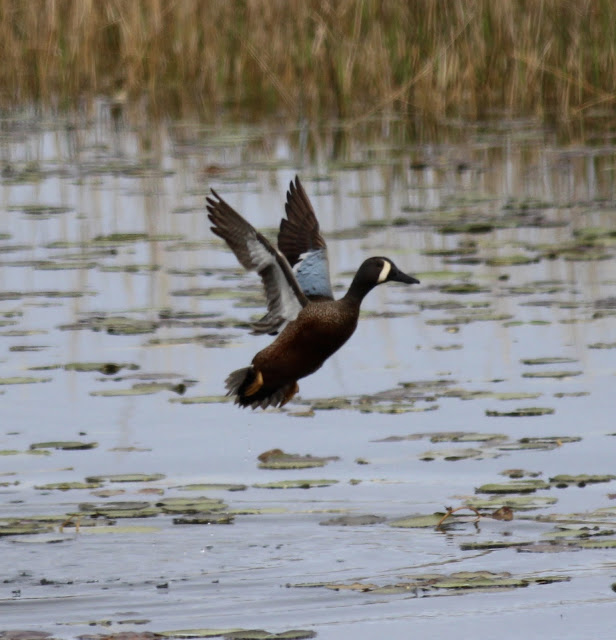 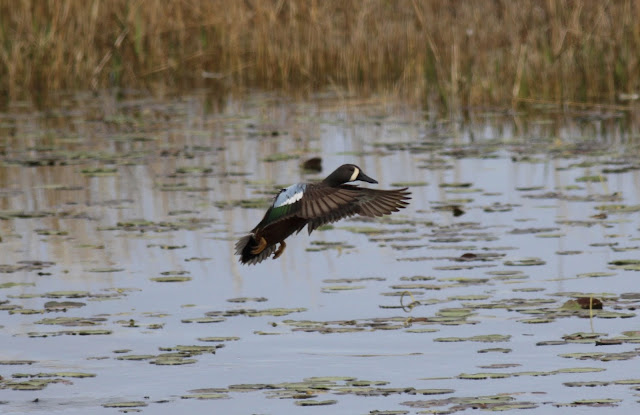 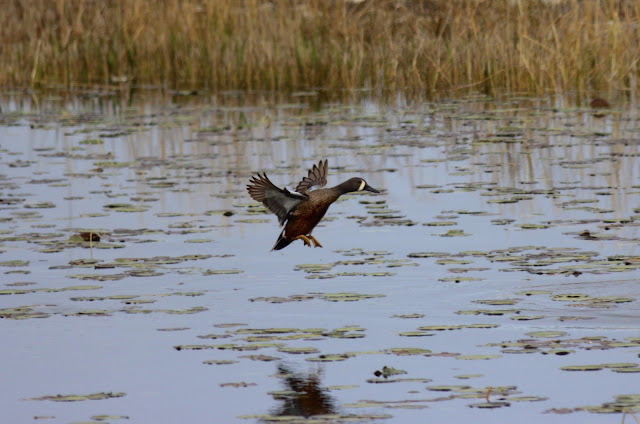 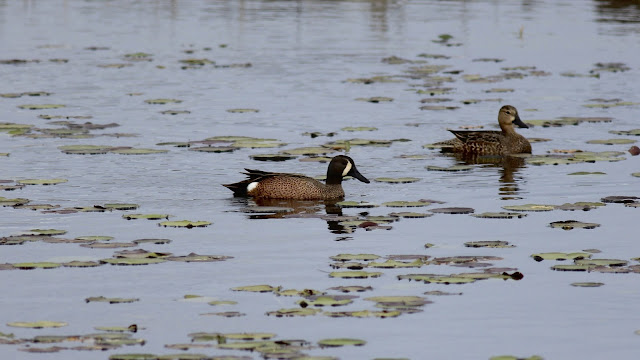