Some text from one of the Cornell websites:

Cuban Parakeet, or Catey, is endemic to the Cuban archipelago. It is considered one of the smaller species of the genus Psittacara, and is green with scattered red feathers on the head, abdomen and sides. The scapular, marginal and under wing covert feathers are red. The ventral primary feathers, secondary and tail feathers are olive green. The young birds do not have red spots on the dorsal coverts.

Cuban Parakeet formerly was considered to be a common species with a wide distribution in the island of Cuba and the Isle of Youth (formerly Isle of Pines). Since the late 1800s it was extirpated from the Isle of Youth. Today there only are fragmented populations are scattered only along the main island of Cuba. These remaining populations continue to loose nesting habitat and also still persecuted by the illegal pet trade within the country. The westernmost known population occurs in the Zapata Swamp and the easternmost populations are in the Toa watershed region within Cuchillas del Toa Biosphere Reserve. Cuban Parakeet is very social, forming flocks for feeding and roosting; these flocks normally consist of 6 to 50 individuals.

I saw these at Soplillar in the Zapata area. 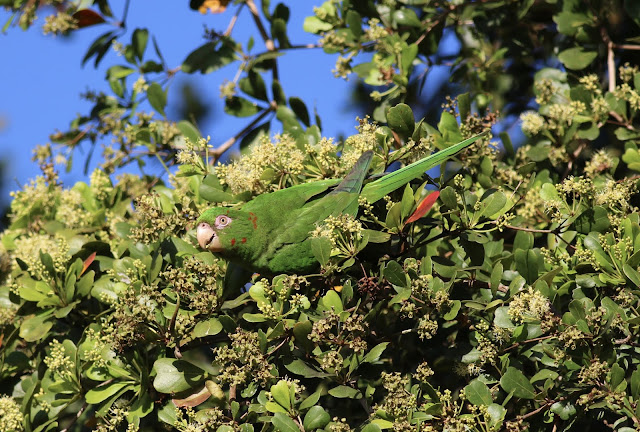 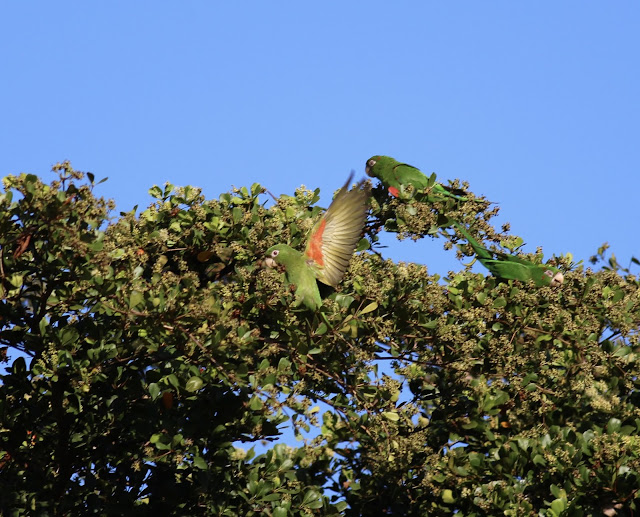 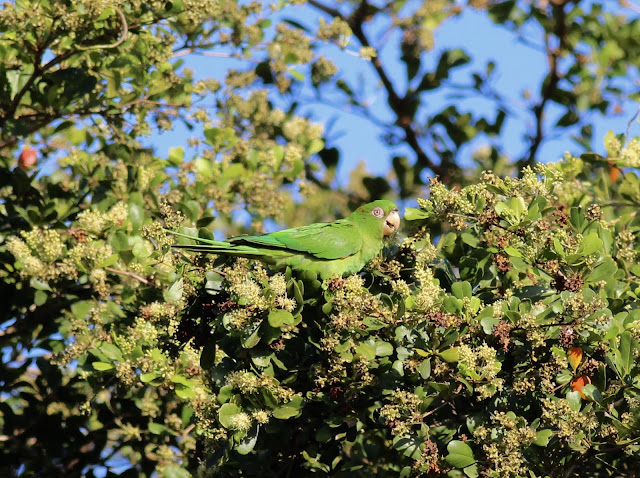 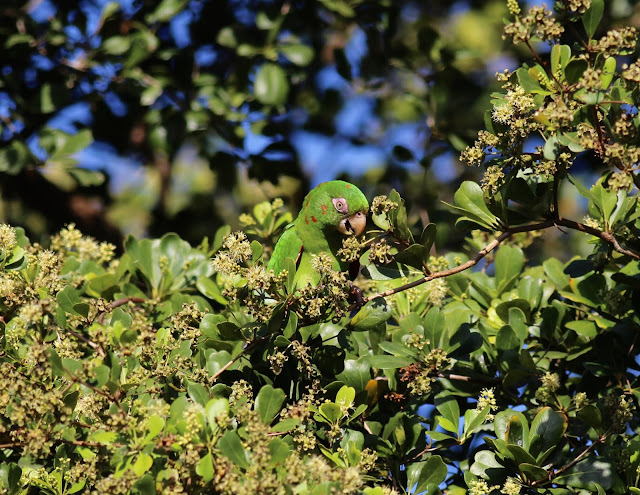 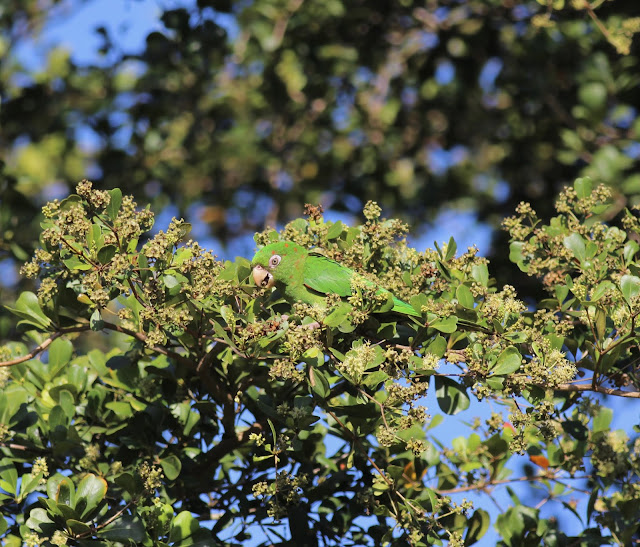