The Black-billed Cuckoo is one of those hard to find species in NC.  In 2014 I did find one in the Croatan but I dipped many times in 2015.  In 2016 I have already seen three but all three were happy accidents.

This first set of two pictures is from a pair of birds seen at Lake Landing in Hyde County while searching for the MEGA of Little Egret. Kind of a big deal because there are not many breeding BB Cuckoos in Eastern North Carolina. 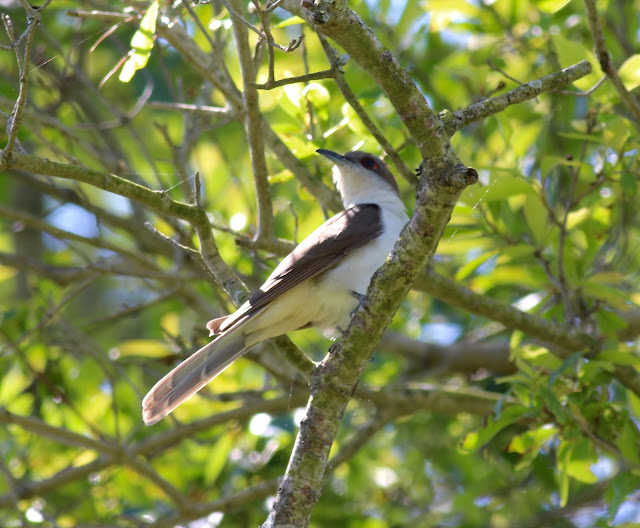 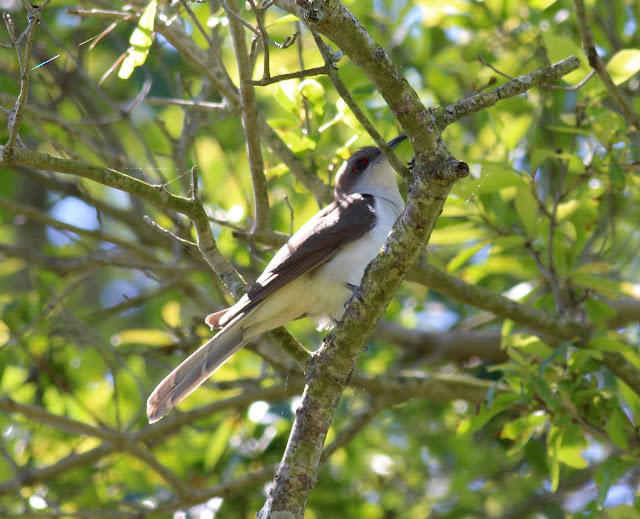 This next set of photos was from a bird seen after a rain shower at Meat Camp ESA near Boone.  He had been feasting on his staple diet of caterpillers and his throat was a gooey mess. 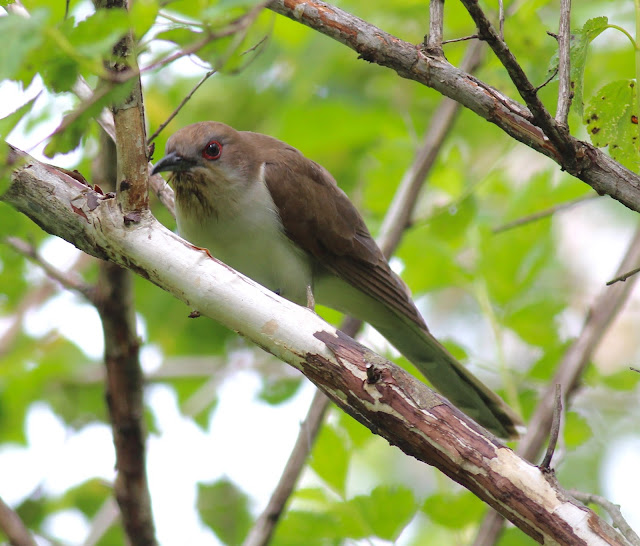 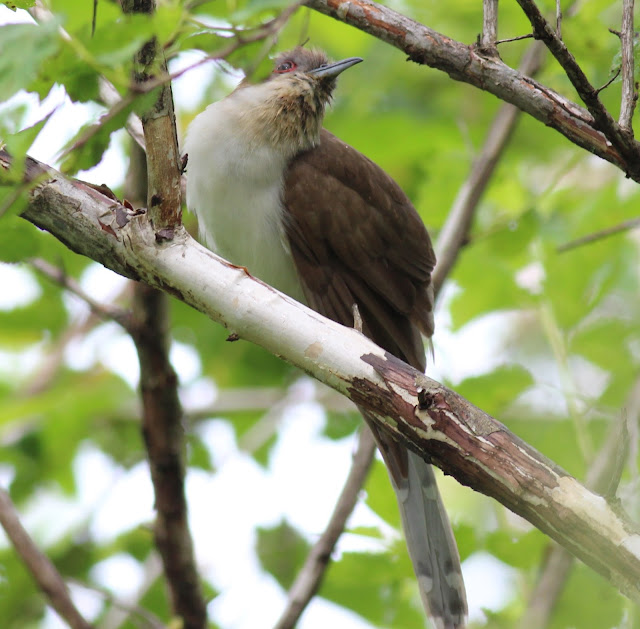 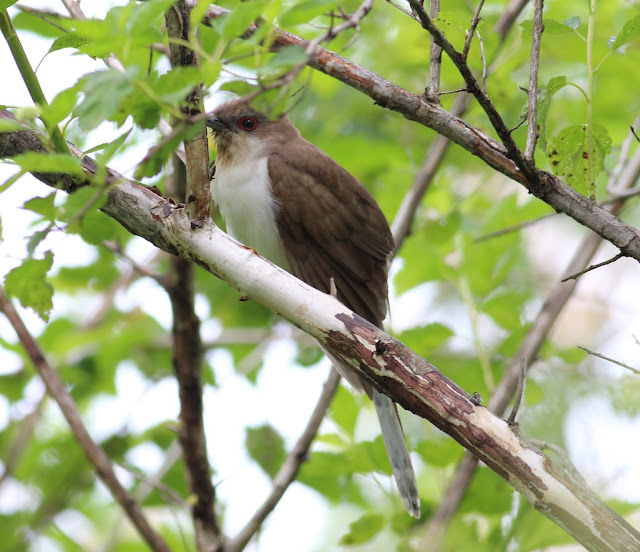 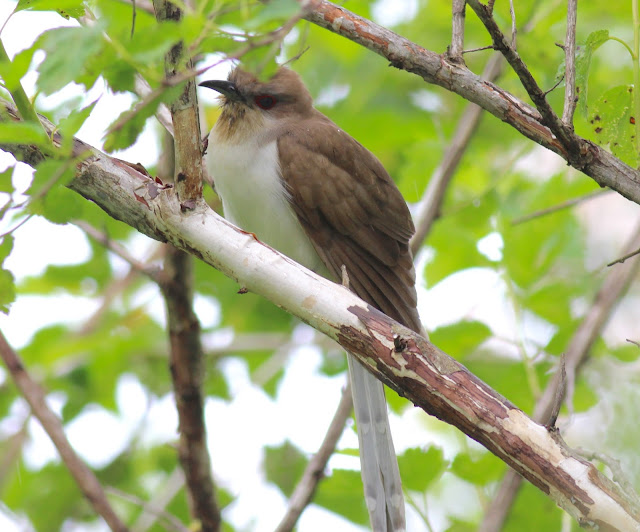