Although there are bigger terns (Caspian for one), the Royal Tern is truly royalty among Sternidae.  Are they named that way because they are large and in charge?  Or is it because in breeding plumage they have a neat cap/crown?  Either way the name fits.  The below photos were taken on the East end of Ocean Isle, NC.  However, they could have been taken anywhere on the coast as these birds are distributed all over the place including the West Coast of Africa. 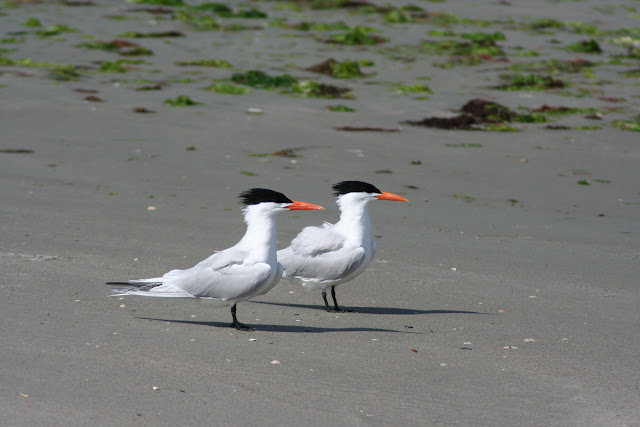 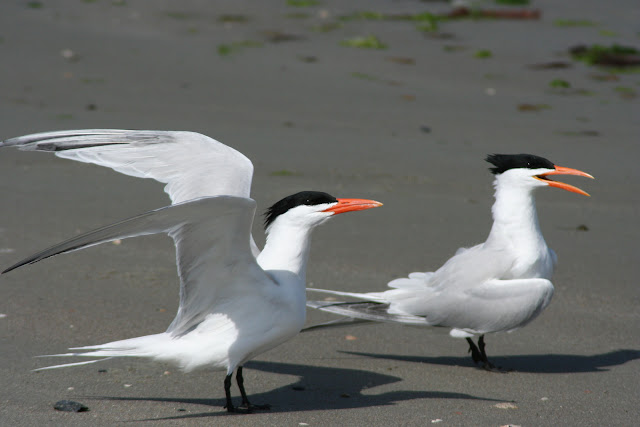 They are also loud as heck and even a half deaf birder can hear them. 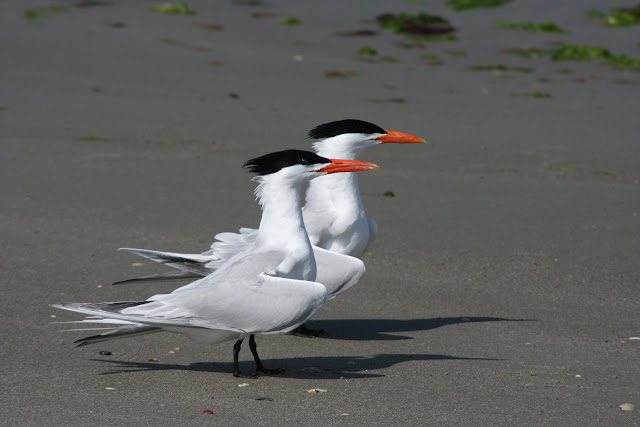 In breeding plumage they are about as handsome as any other tern out there.  We have quite a few nesting sites in NC.