Have you ever noticed the contradiction between the common name and latin name for Acrtic Tern?  Maybe some folks consider the arctic paradise, but it seems like a reach.  Maybe the latin name comes from the fact that these birds have perfected the Endless Summer.  For example, the Greenland population spends summer in Greenland and then migrates to the Antarctic for the Southern Hemisphere summer.  And you thought Hudsonian Godwits were the kings of migration.  Arctic Terns have been shown to migrate 56,000 miles in one year!  They are a true pelagic tern, only landing to breed, or maybe just to say hi to a birder in NC as this bird did at North Topsail Beach. 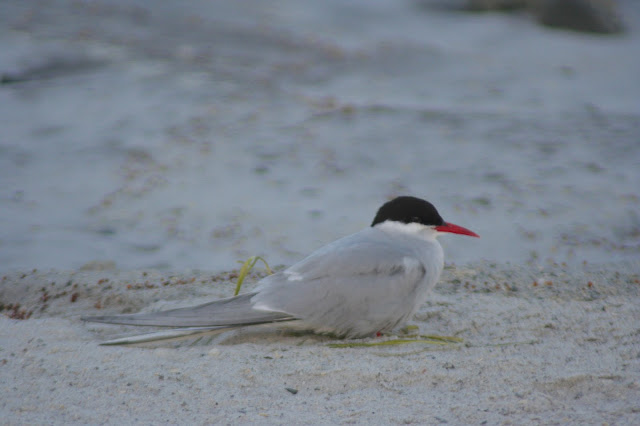 The bird was obviously exhausted but looked pretty healthy and did go back out to forage in the surf while I was there. 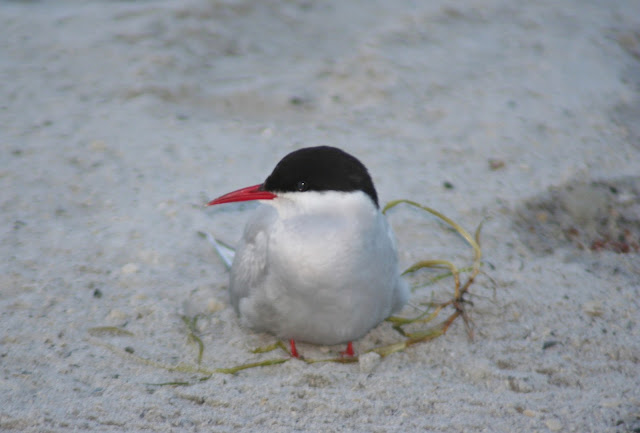 Note the slender blood red bill with no black tip. 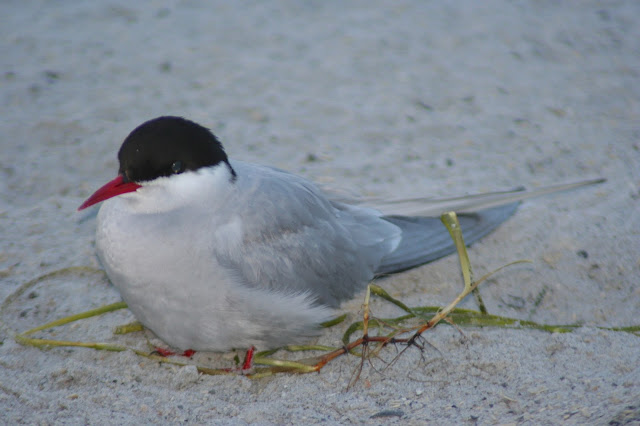 Great bird!
Posted by Jamie Adams at 4:04 AM