Belted Kingfishers are not easy to photograph but every once in a while one obliges.  This one was at the Battleship in Wilmington, NC.

An interesting tidbit from Wiki:
This kingfisher shows sexual dimorphism, with the female more brightly coloured than the male. Both sexes have a slate blue head, large white collar, a large blue band on the breast, and white underparts. The back and wings are slate blue with black feather tips with little white dots. The female features a rufous band across the upper belly that extends down the flanks. Juveniles of this species are similar to adults, but both sexes feature the rufous band on the upper belly. Juvenile males will have a rufous band that is somewhat mottled while the band on females will be much thinner than that on adult females.

Now that I think on it, this bird looked feminine.  So pretty. 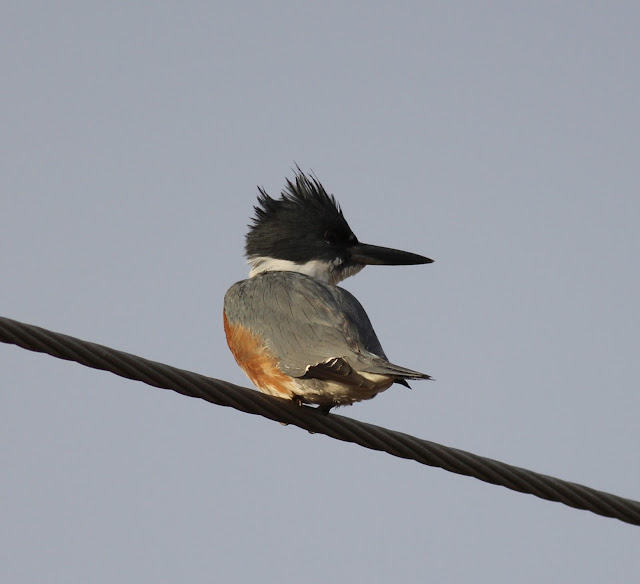 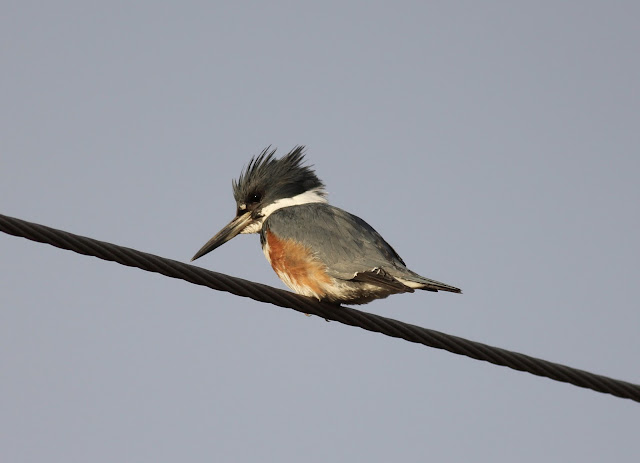