Killdeers are named onomatopoetically after their call.  Some other birds with onomatopoetic names: Whip-poor-will, Chuck-will's-widow, Cuckoo, Bobolink and Chachalaca.  Killdeers will distract prey from nests by feigning a broken wing and thus luring the predator towards themselves and away from the nest.  This one was found on the Ft. Fisher spit but they can be found almost anywhere.  This is another common bird which is easily taken for granted but if you look at it from a fresh perspective it is a pretty cool bird. Red eye rings and neat breast bands make this a very snazzy bird. 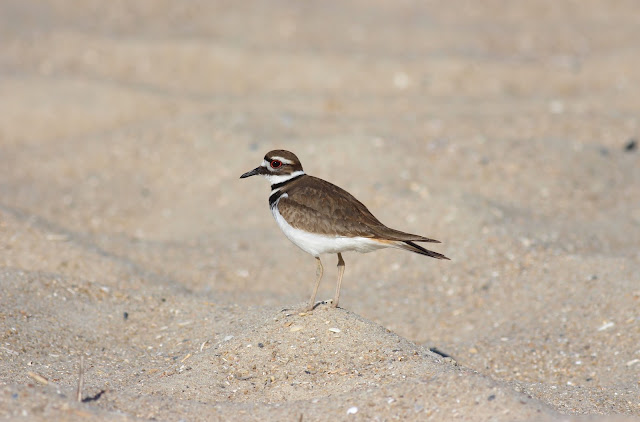