"A large auk of the northern Atlantic Ocean" is having another incursion year in North Carolina and even further South.  Back in 2012 it was big news and now people are kind of shrugging it off.  Personally this kind of incursion really has me worried about the future of certain species due to global warming.  I know some of you are rolling your eyes but then you are in denial and need to wake up.  My brother used to fish for Bluefin Tuna in the Gulf of Maine but they rarely get in there anymore and now they are moving far north and being caught offshore in Greenland which is historically unheard of.   The changing temperatures in the Northern oceans are moving species around and although some may prosper in new environs, I would think others will not.  The Razorbills coming down to North Carolina seem to be leaving Northern waters and although I can't find much literature online about it, I would think this would be due to poor conditions where they normally live including declines in "bait" fish like Herring.  Hopefully we will see some serious efforts globally to curb global warming in the coming years. In the meantime I will enjoy the NC sightings while I have them and hope the birds can make their way back home in the near future. 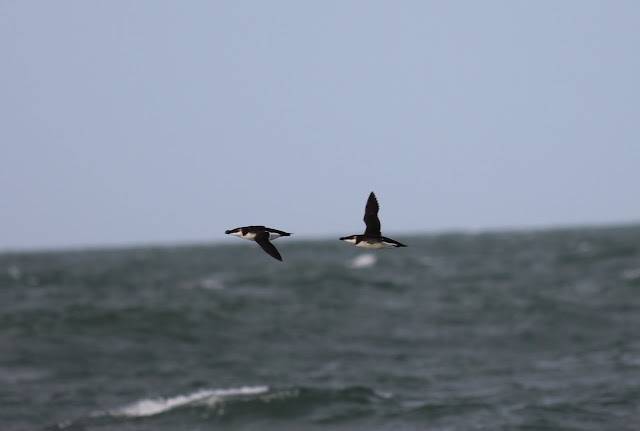 Razorbills seen from a Hatteras pelagic. 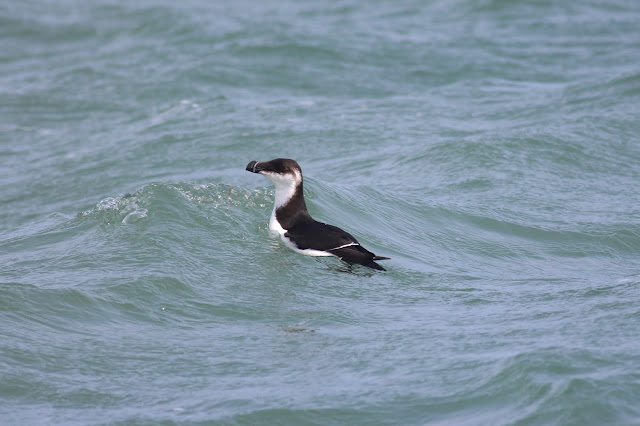 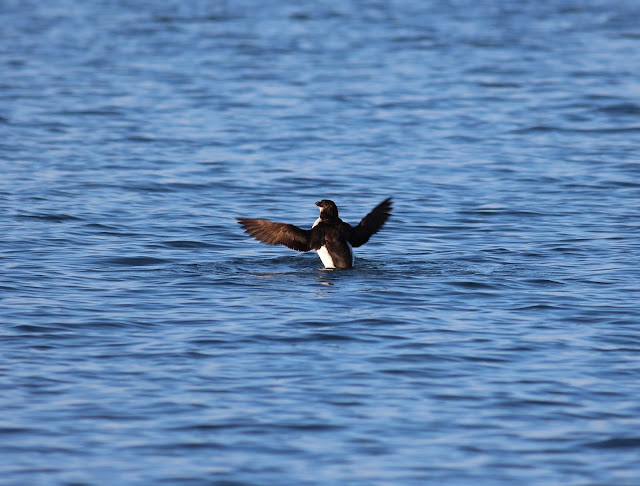 This one seen closer to home at Wrightsville Beach, NC. 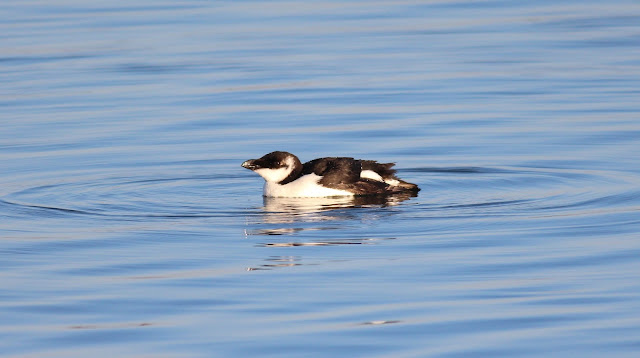 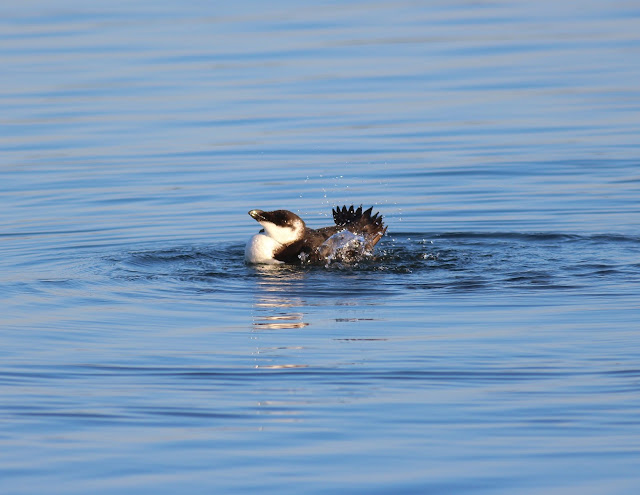 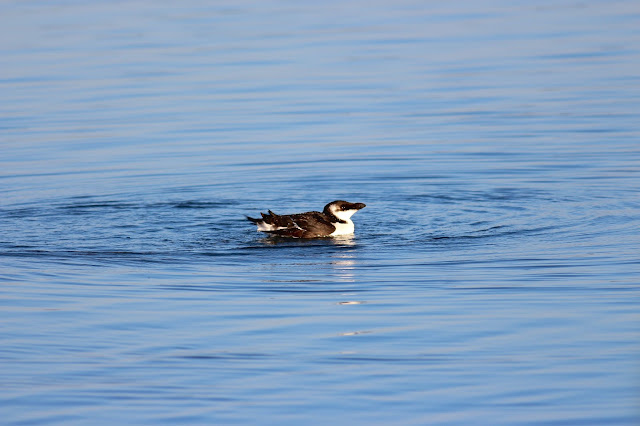 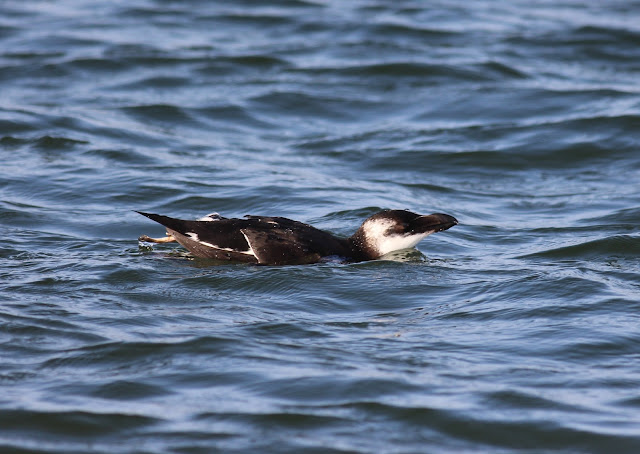