The Monk Parakeet is one of those birds that has been in NC for a while but has not yet reached the stable breeding population required to make it "listable".  However, it has reached that designation in Florida and I was recently there so I made a little effort to add them to my list.  This first set of pictures is from Northwest, NC where a pair of Monks has built a small town of stick nests up and down a couple streets.  The residents of Northwest love their 2 Monks and caused an uproar when the local power company threatened to take down the nests. The sad think is they have not been able to fledge any chicks, probably because of all the Starlings stealing the homes and ejecting the eggs.  I hope this pair is able to raise a brood at some point.  I also hope that they are recognized in NC soon so I can add them to that list. 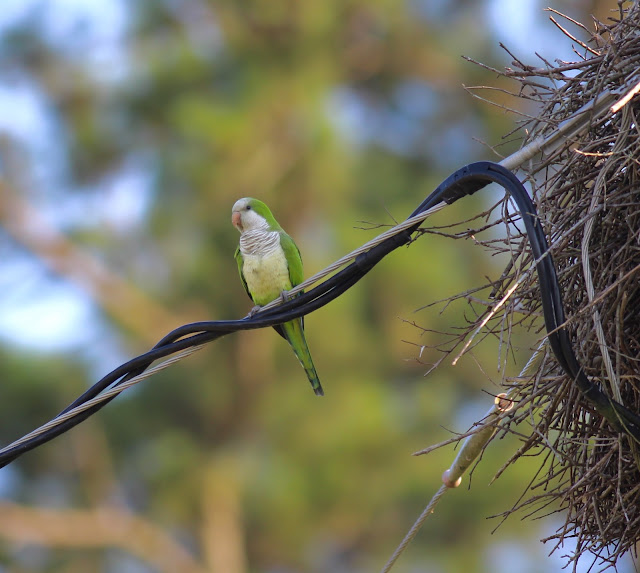 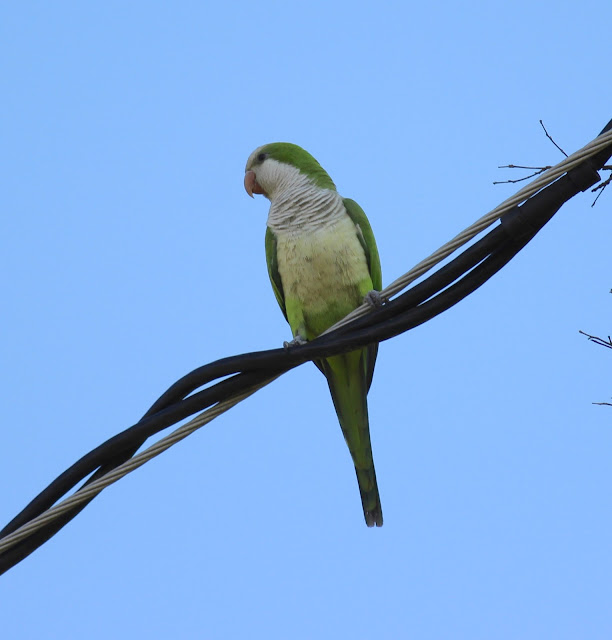 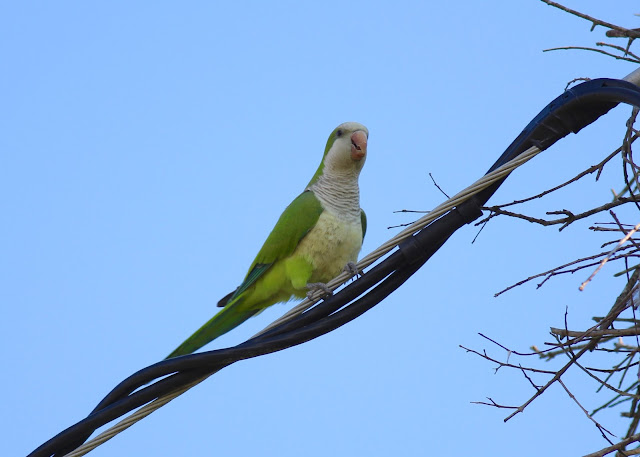 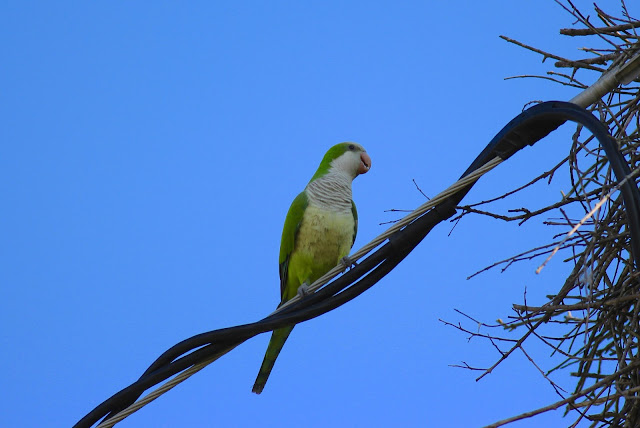 These next two photos are from Markham Park west of Fort Lauderdale, FL. 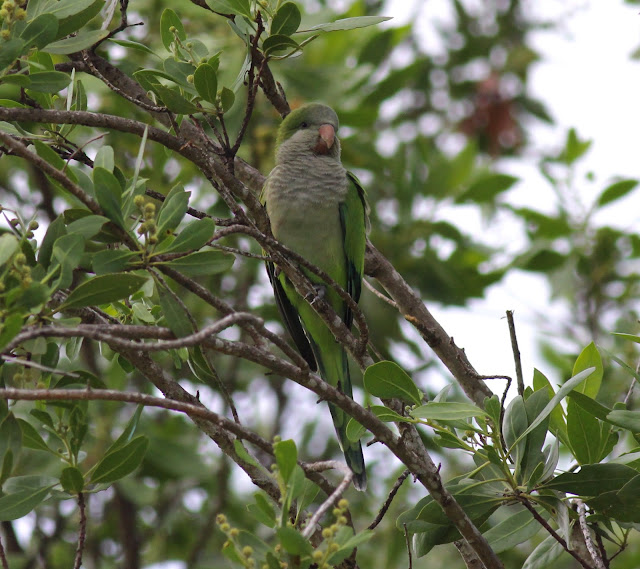 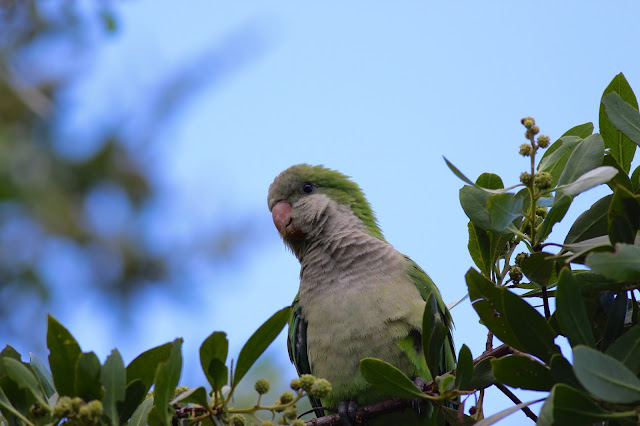