Per the Cornell website: "A common bird of the arid Southwest, the Curve-billed Thrasher occurs in a range of habitats. Perhaps because of its broader tolerances, it is the most widespread of the western thrashers."

This photo was taken back in 2014 with my old camera at Gilbert Ponds, AZ and shows the typical long curved bill. 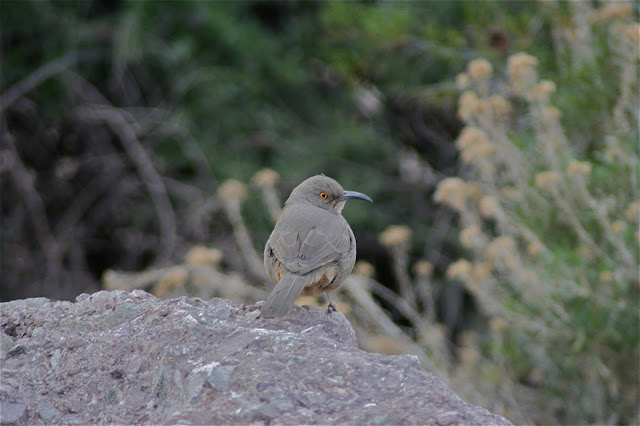 These photos were taken North of Tucson and I initially thought they were of a Bendire's Thrasher but now I see they are probably a juvenile Curve-billed. 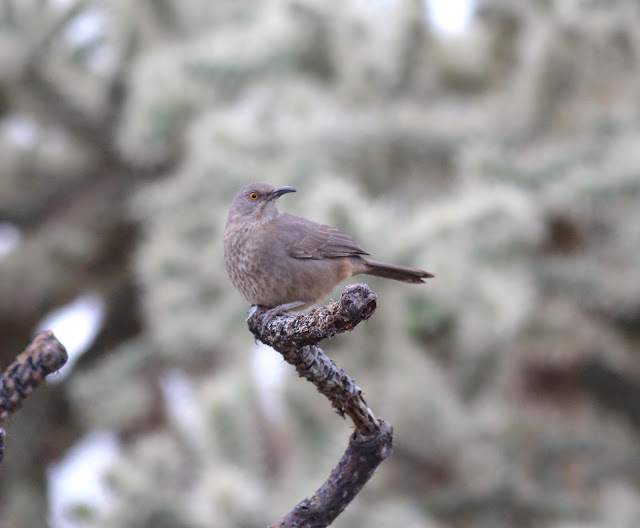 Although the bill looks relatively short and the spots on the breast look like chevrons, these are both frequently mistaken field marks for Bendire's when looking at a Juvenile Curve-billed.  However, would love to hear any dissenters. 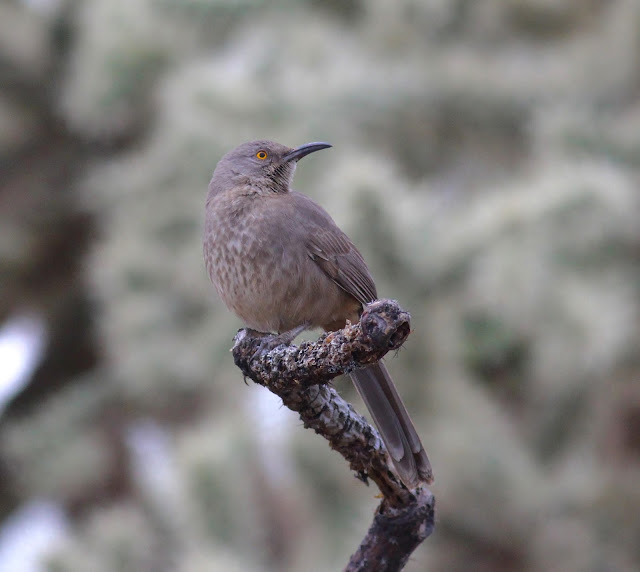 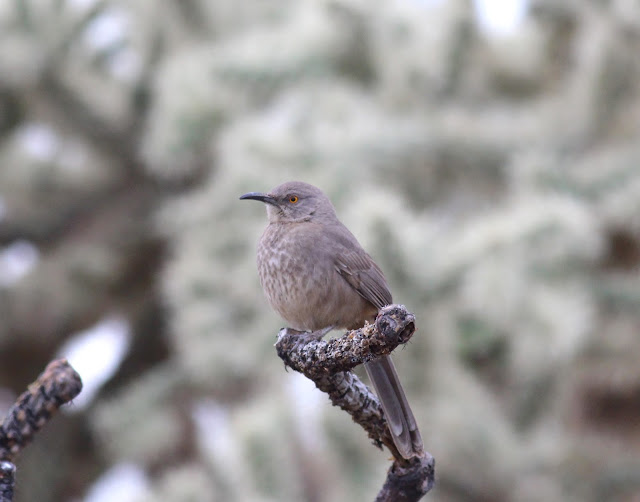 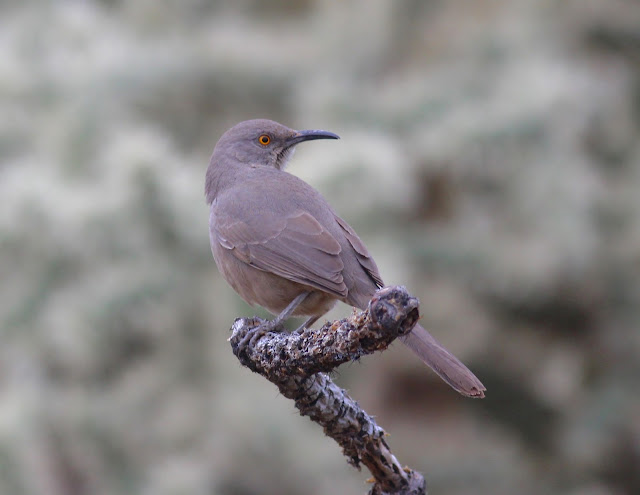