This is a warbler that I could barely hear if it was sitting on my shoulder.  Super high pitched.  So when I find one, its a treat.  This one was at Mayo River State Park in the piedmont.

From the Cornell website: "The sharply marked Blackpoll Warbler is nature’s hearing test, with a high-pitched, almost inaudible song that floats through the boreal forests of Canada. This long-distance athlete weighs less than half an ounce yet makes the longest overwater journey of any songbird—nearly 1,800 miles nonstop over the Atlantic Ocean to its wintering grounds. In the fall, this black-and-white warbler molts into yellow-green plumage and loses its black cap. Although still numerous, it has lost an estimated 88% of its population in the last 40 years." 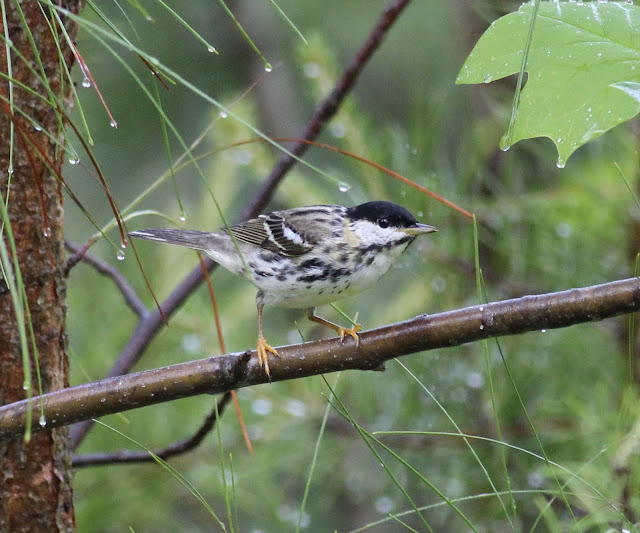