This stunner was photographed near the south coast of Cuba.  Some text from one of the Cornell sites:

The sister-species of the more easterly distributed Oriente Warbler (Teretistris fornsi), the Yellow-headed Warbler occurs over the western third of the main island of Cuba, as well as on the Isle of Youth and Cayo Cantiles, and there is no geographical overlap with its congeneric, although the two species come very close on the north coast at the border of Villa Clara and Matanzas provinces. These two warblers are easily separated in the field, with the Yellow-headed Warbler having an all-yellow hood, grayish-white underparts, and the rest of the plumage is plain gray. The bill is slightly decurved, but perhaps not as markedly as in the Oriente Warbler. Like the latter species, the Yellow-headed Warbler inhabits forests and wooded vegetation at all elevations, and commonly forms small flocks outside the breeding season. 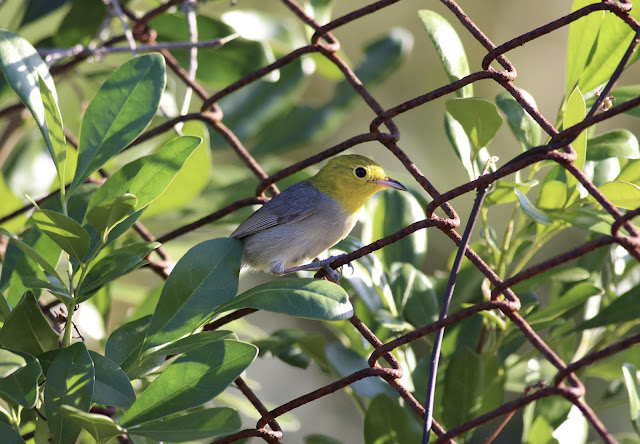 Here is another shot from the next day in the Zapata Swamp. 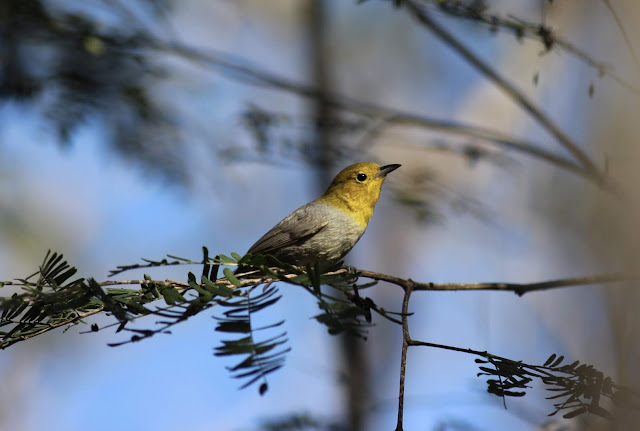