The Rusty Blackbird is unfortunately declining rapidly.  Per the Cornell website: "Rusty Blackbird is one of North America’s most rapidly declining species. The population has plunged an estimated 85-99 percent over the past forty years and scientists are completely puzzled as to what is the cause. They are relatively uncommon denizens of wooded swamps, breeding in the boreal forest and wintering in the eastern U.S. In winter, they travel in small flocks and are identified by their distinctive rusty featheredges and pallid yellow eyes."

Here is an unusual picture in that the bird is in breeding plumage which is not what we usually see around here.  Almost no trace of the rusty edges is evident. 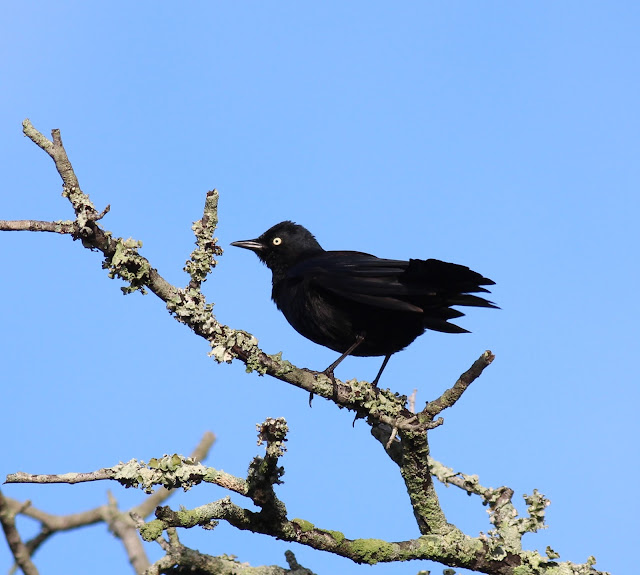