Having your computer crash is somewhat of an existential crisis when it first happens.  Especially when you were an idiot and never backed up your HD with thousands of photos over a decade of birding.  Actually it didn't crash per say, it just decided one day in Oct to just not start up.  I looked up all the fixes online and tried them all.  Shaking the MacBook didn't work.  Pressing a various combination of keys didn't work.  I even attempted to get the tiny screw drivers from Amazon so I could open up the computer and disconnect the battery.  Weeks passed and I sobbed daily.  Finally I brought it in to the shop and a faulty logic board was diagnosed with a $600 price tag.. I brought it to another shop for a second opinion and they also confirmed the logic board and gave me a lesser $500 replacement cost.  The good news is that my photos and Hard Drive were ok.

A month later (I have been working like a dog and all this happened during brief moments where I was able to devote some time) and I have my MacBook back and everything seems ok.

So what better timing than to reassess my 5MR which I have been totally neglecting.  Let's just say I will not be topping the 5MR charts although my total is somewhere north of 150 species within my 5 Mile Radius for 2019 which is respectable.  Much fewer photos because I kind of lost interest in posting crappy pictures of common birds and threw in the towel when I came to the realization that my 5MR is frustrating considering my favorite patch is Fort Fisher and that is way out of my radius. 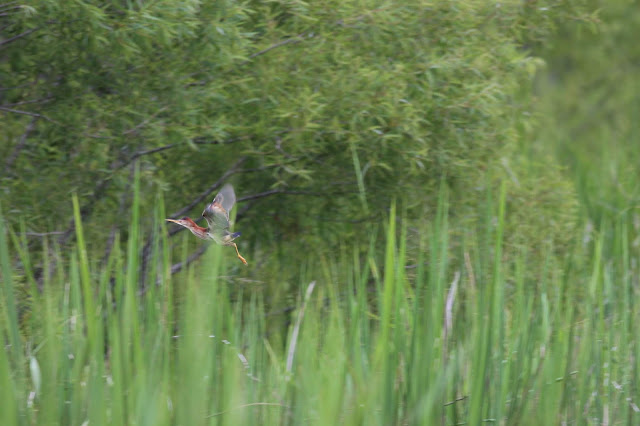 This Least Bittern was a great find within the 5MR.  We have had what I suspect is a nesting pair of Least Bitterns at Wade Park for a couple years now and I finally got a decent look at one. 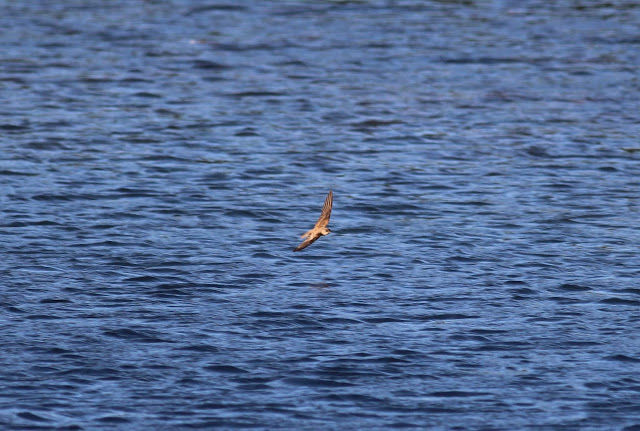 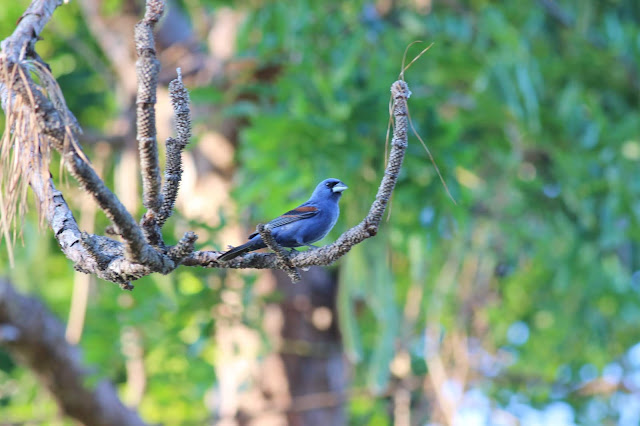 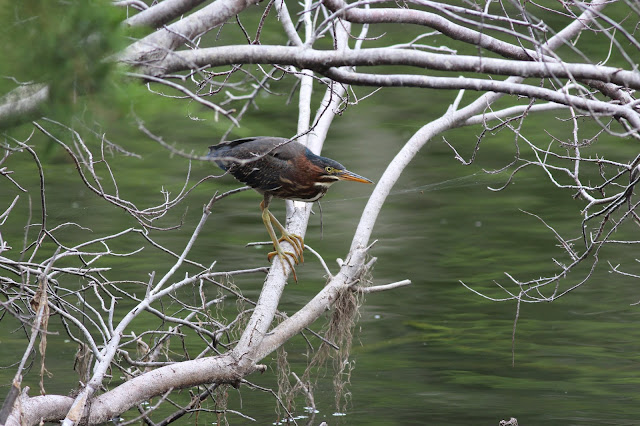 Green Heron at Airlie in July. 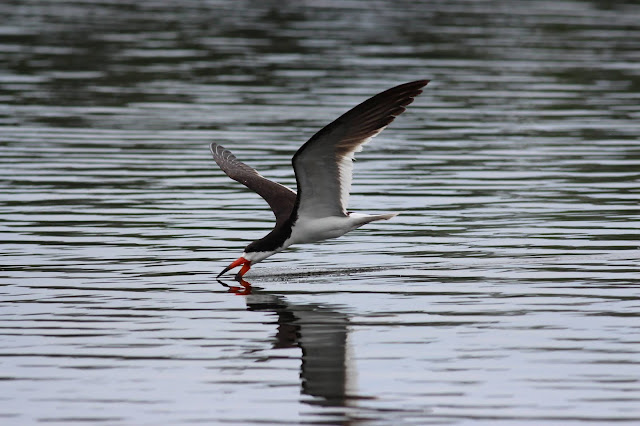 Not a year bird but something to file in the weird folder.  A Black Skimmer at Airlie skimming on the freshwater lake..  Never seen that before. 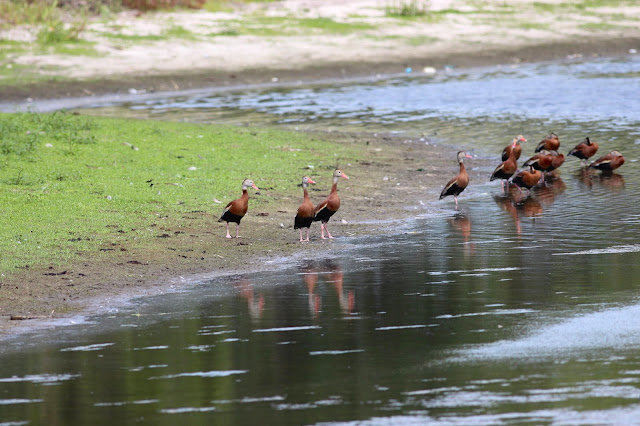 This flock of Black-bellied Whistling-ducks were about 40 yards outside my 5MR at Ashley HS ponds but worth chasing.  This was in July. 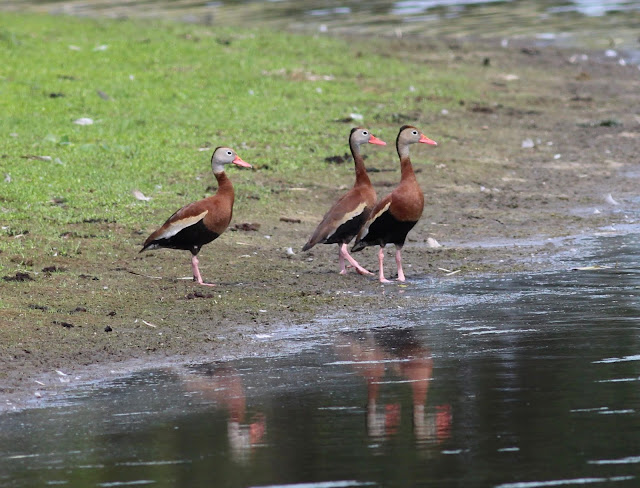 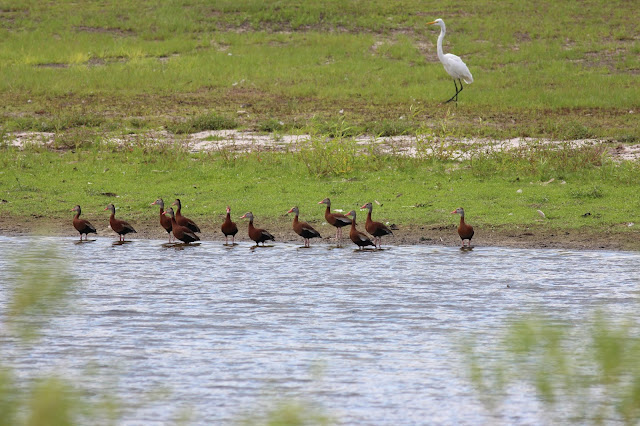 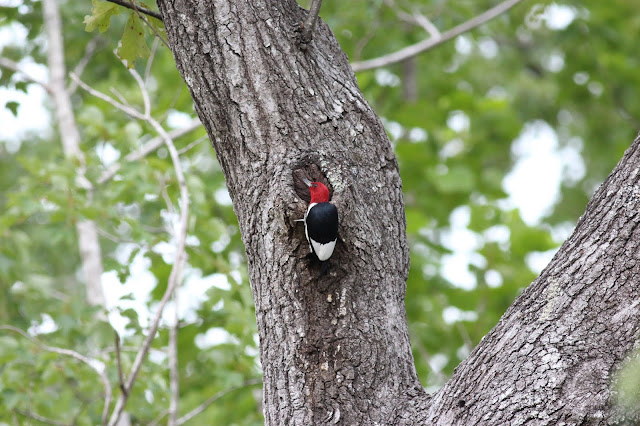 Why it took my so long to find a Red-headed WP this year is beyond me... I think this was the Cross City Trail, but firmly in the 5MR in mid July. 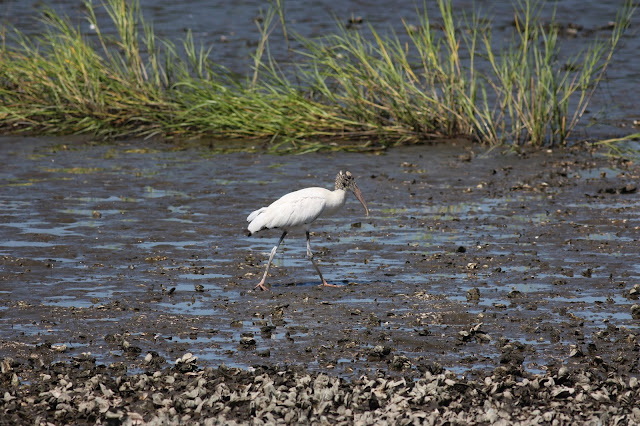 This Wood Stork was down near Sunset Beach, so outside the 5MR but still a good bird for NC. 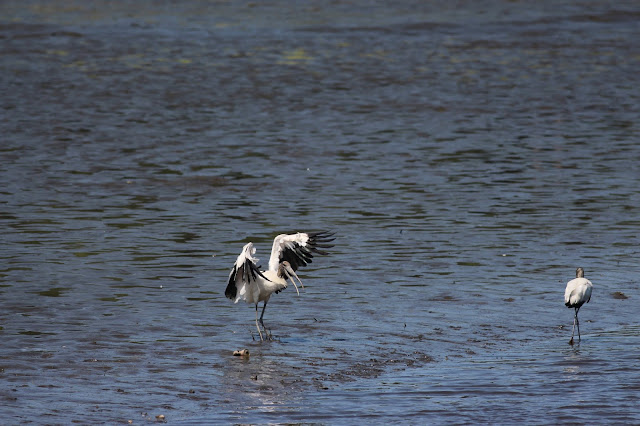 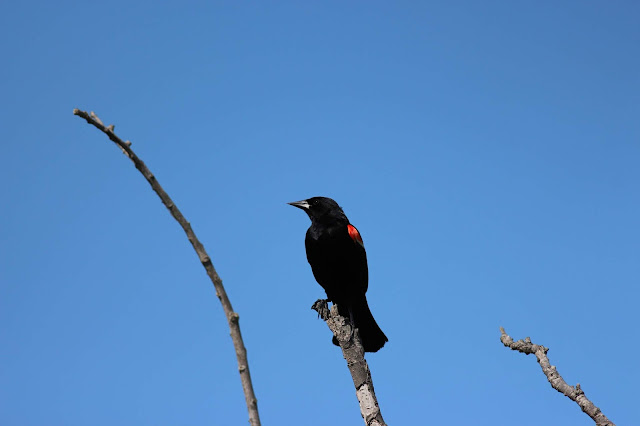 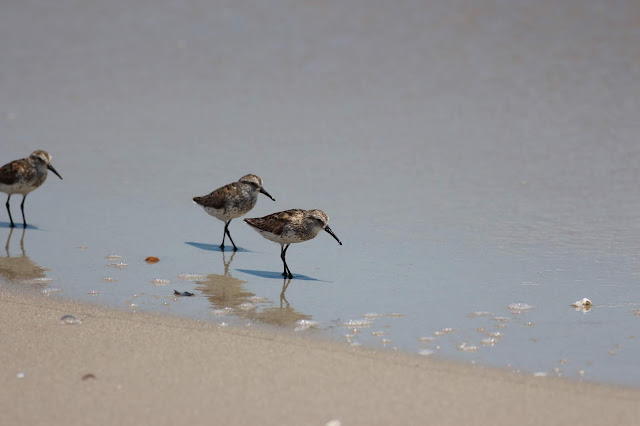 Western SPs in July but I neglected to note where! 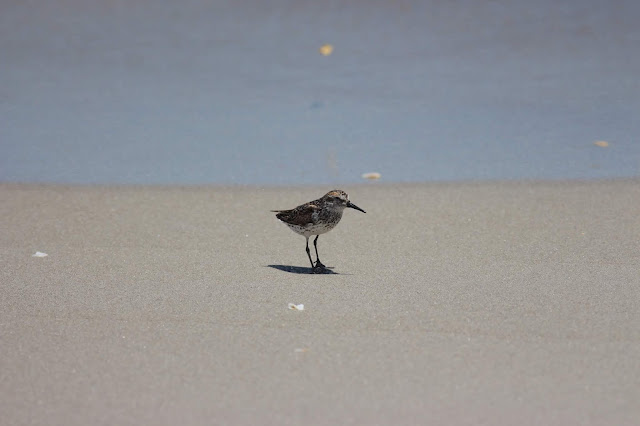 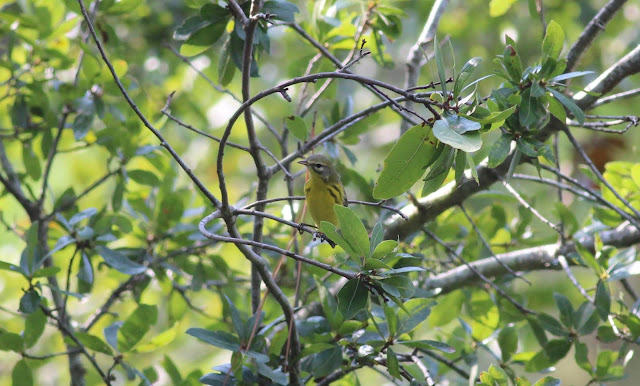 In August migrants started to show up including this Prairie Warbler at Airlie Gardens and I started to rack up some 5MR birds again. 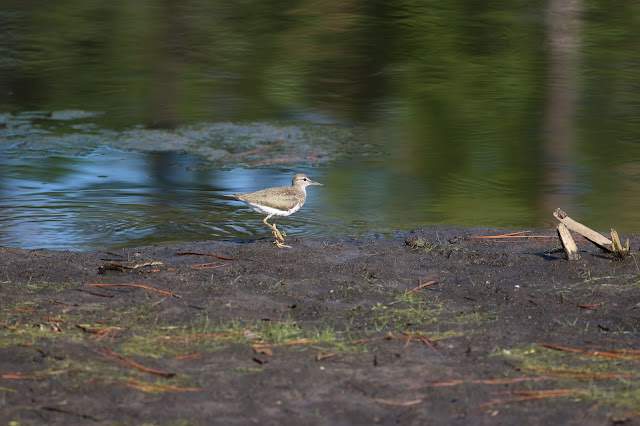 Spotted Sandpipers are one of the first migrants to show in August.  This one at the retention pond down the street and firmly within a 1MR.

A dreary day in mid August on the south side of Wrightsville Beach bagged me some 5MR birds: 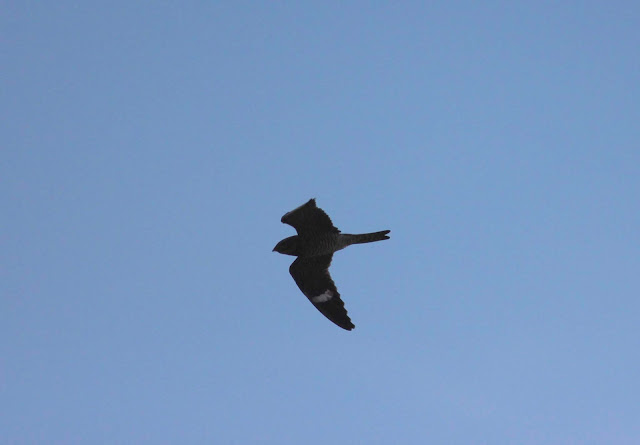 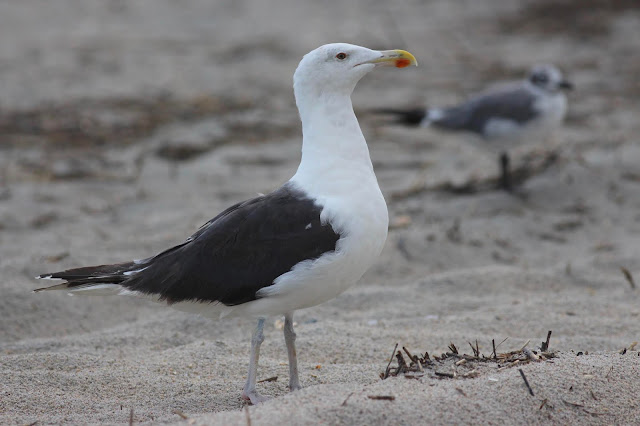 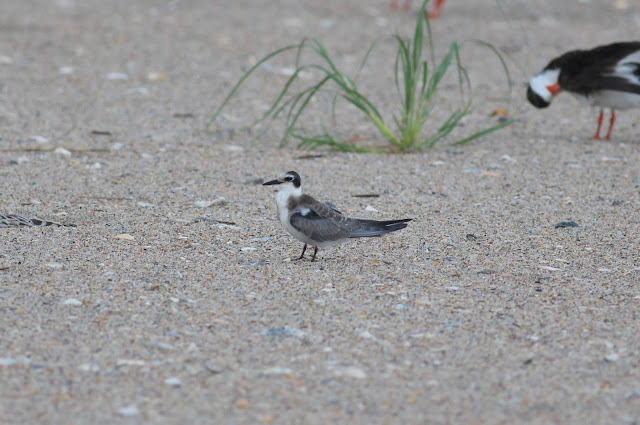 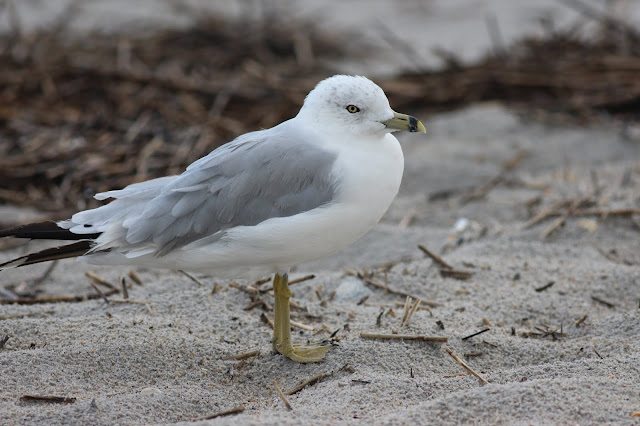 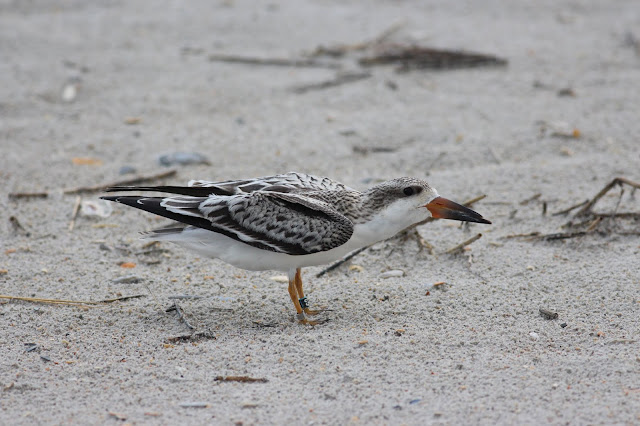 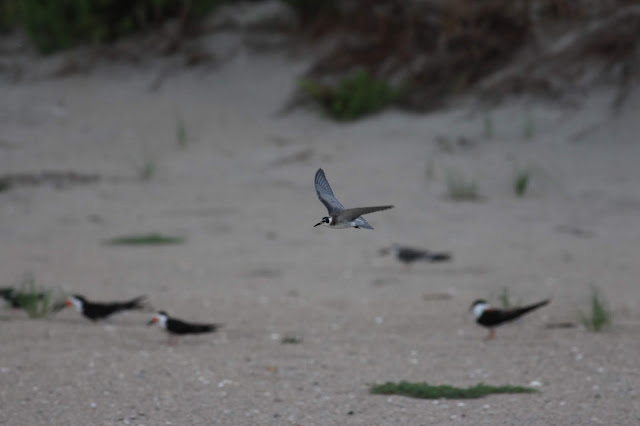 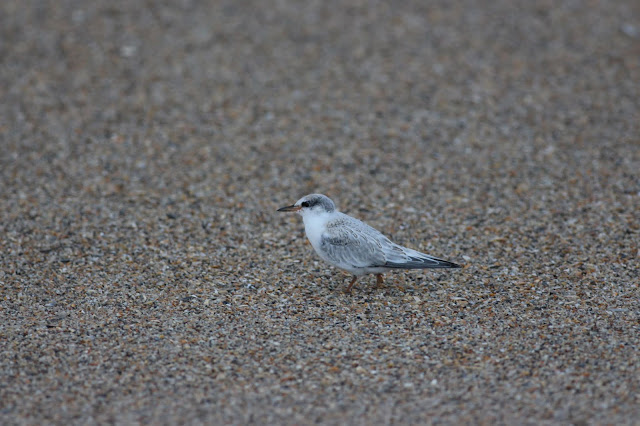 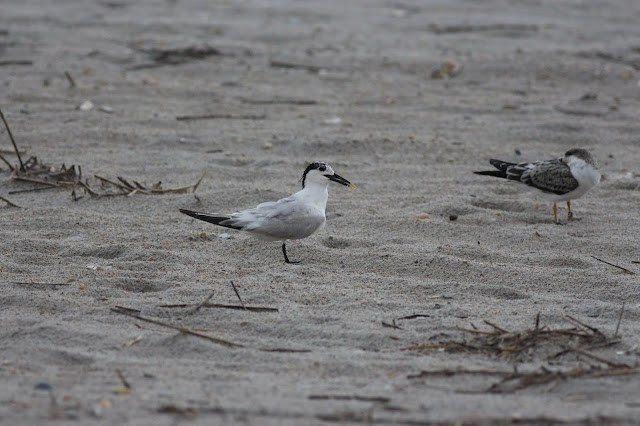 My retention pond down the street came through for me again in mid August: 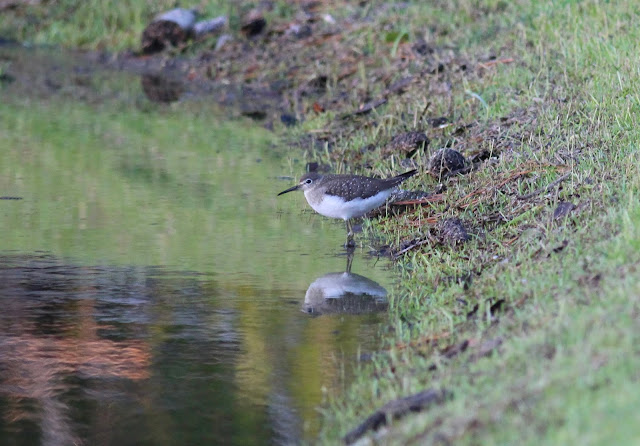 I am hoping this retention pond brings me ducks this winter.  It is a new pond created with the advent of another neighborhood popping up in my area and is the only good thing resulting from all this development going on around me. 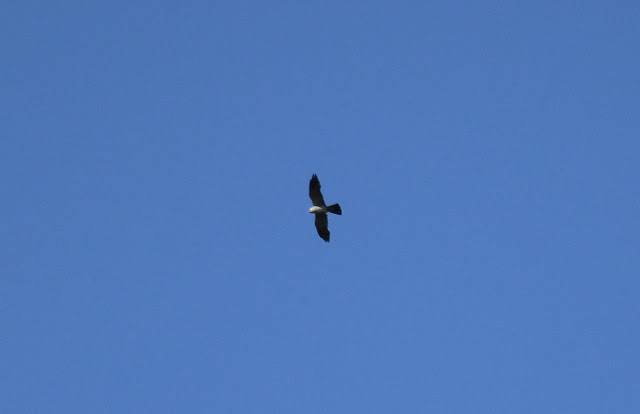 Mississippi Kite flying over my house.  They had been around all summer but I never seem to have my camera handy when they fly over. 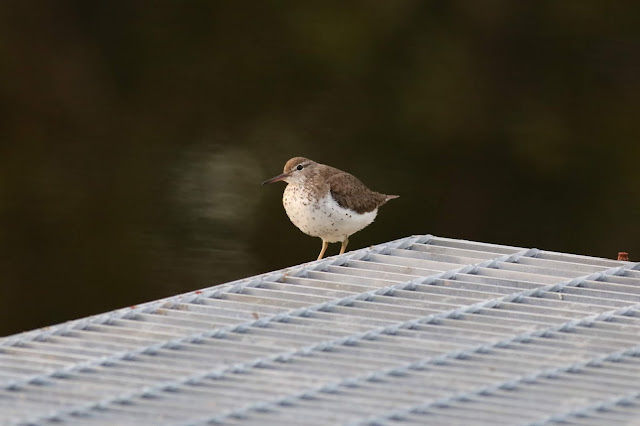 Another Spotted Sandpiper down my street a couple weeks later. 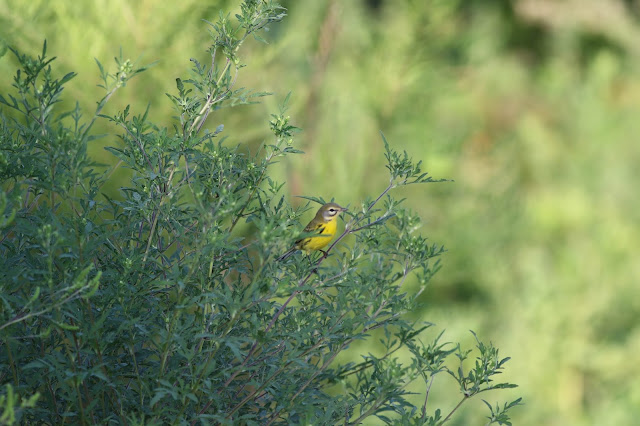 A more colorful Prairie Warbler at the end of August at X-City was a harbinger of things to come with Warbler Time in Sept and Oct.  My next installment will hopefully get me caught up on my 5MR neglect and some much better photos of some warblers with my new camera base.  Then I am off to California for a week of vacation and hopefully some good photos of some Cali birds..
Posted by Jamie Adams at 4:10 AM No comments: