From Cornell: "A large, dark jay of evergreen forests in the mountainous West. Steller’s Jays are common in forest wildernesses but are also fixtures of campgrounds, parklands, and backyards, where they are quick to spy bird feeders as well as unattended picnic items. When patrolling the woods, Steller’s Jays stick to the high canopy, but you’ll hear their harsh, scolding calls if they’re nearby. Graceful and almost lazy in flight, they fly with long swoops on their broad, rounded wings."

This photo was taken atop Mount Lemmon in AZ. 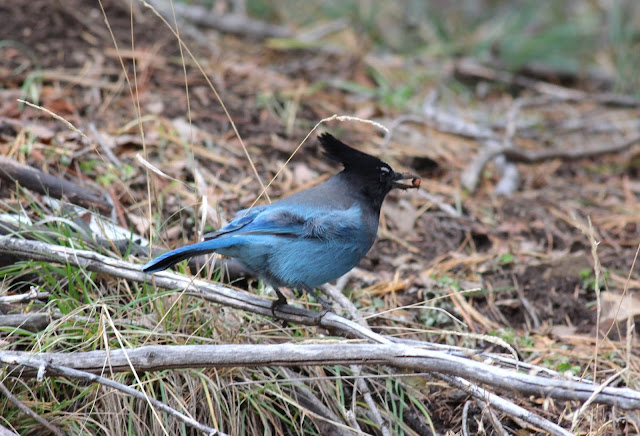 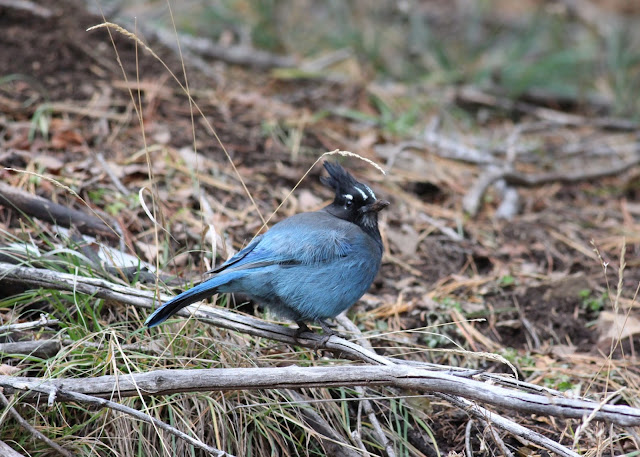 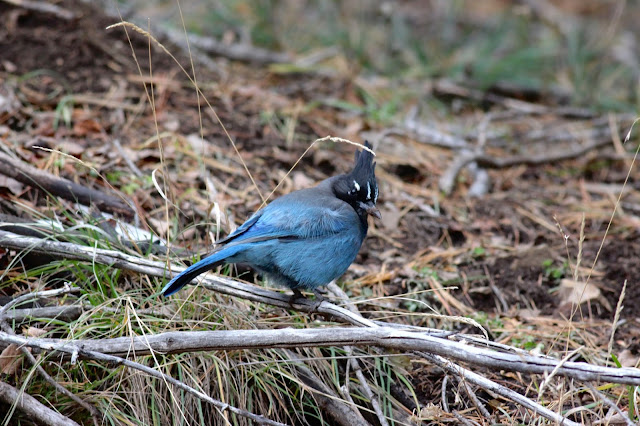