The Long-billed Curlew or "Sicklebird" or "Candlestick bird" is native to central and western North America but does have a tendency for vagrancy.  Every year someone finds one or two in North Carolina and usually it is on the Core Banks.  Here is a better picture form the Lower Rio Grande Valley in TX in 2017.  See further down for NC records. 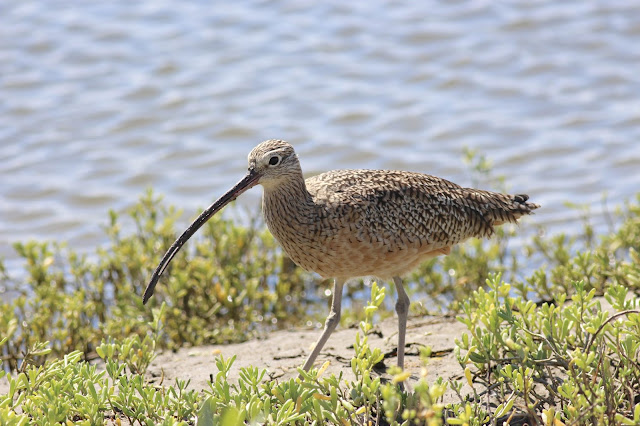 The following pictures were taken at Ophelia Inlet.  This is one of those species where the female has a longer bill than the male.  So maybe this particular bird was a female.  Here is another interesting tidbit gleaned from Wiki: "Candlestick Point in San Francisco was named after this indigenous bird, and subsequently Candlestick Park stadium inherited the name". 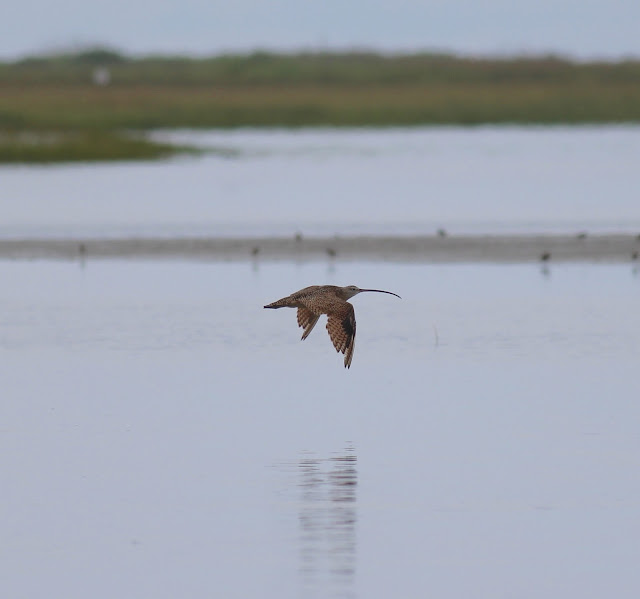 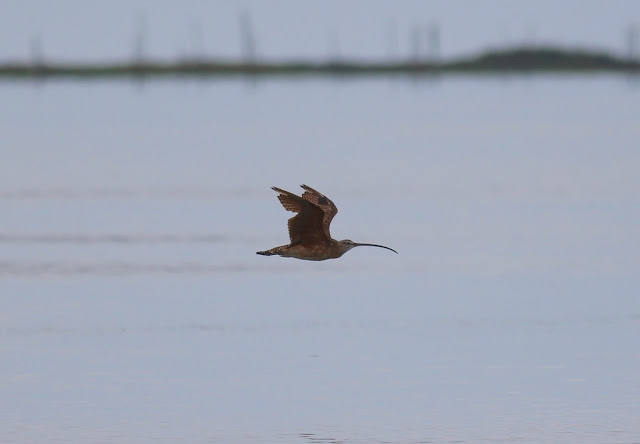 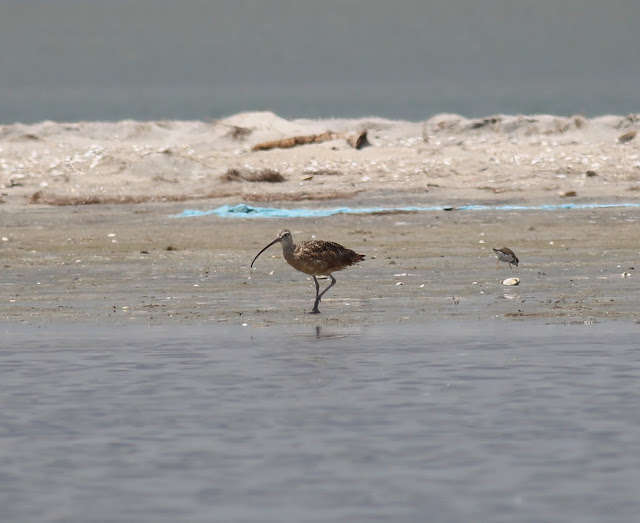 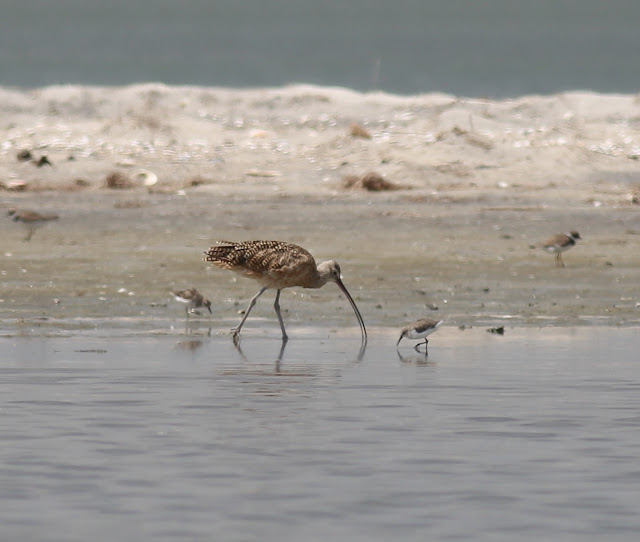 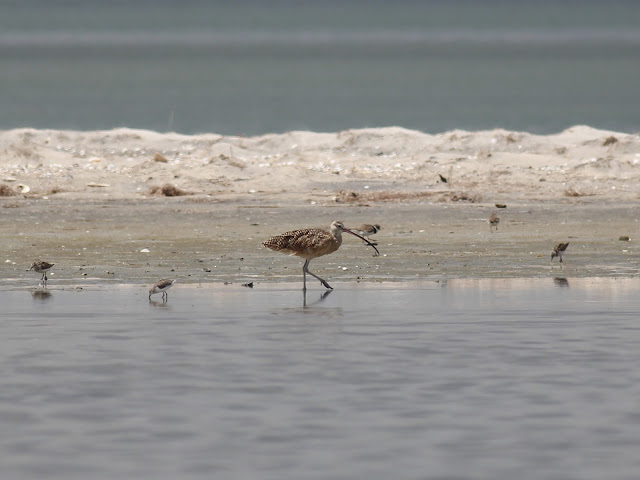 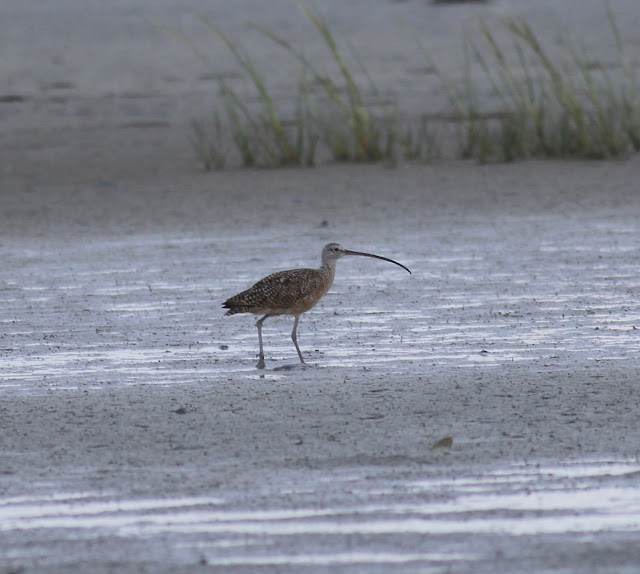 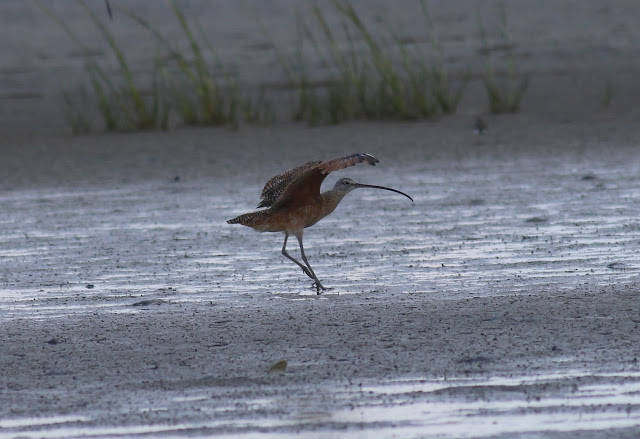 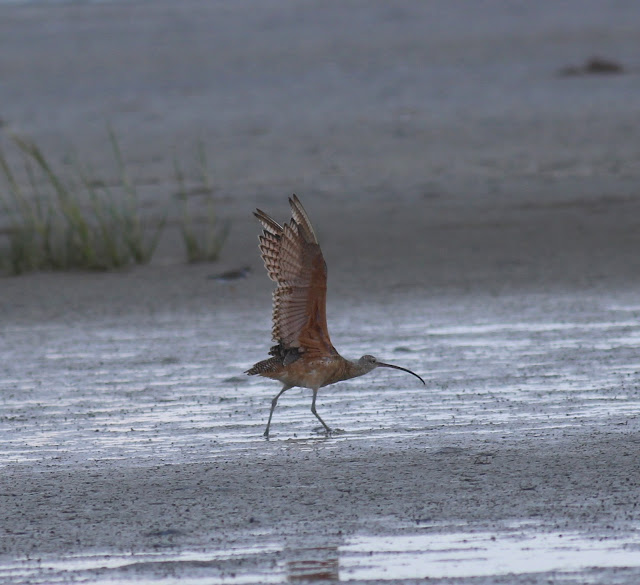