People are very passionate about Herps (Reptiles and Amphibians).  Just ask a certain kid from the Triangle area who was bitten by a pet King Cobra in May 2016.

So I should at least make an effort when a Herp slithers by.

This Eastern Glass Lizard (Ophisaurus ventral) is an interesting creature.  A lizard with no legs!  Although it looks like a snake, it is still easy to see there is something wrong about a snake ID.  Technically it can be distinguished by the ear holes and movable eyelids but really it just has a lizard shape to the head.  This one was found outside my house in Wilmington, NC on 24Jul2016. 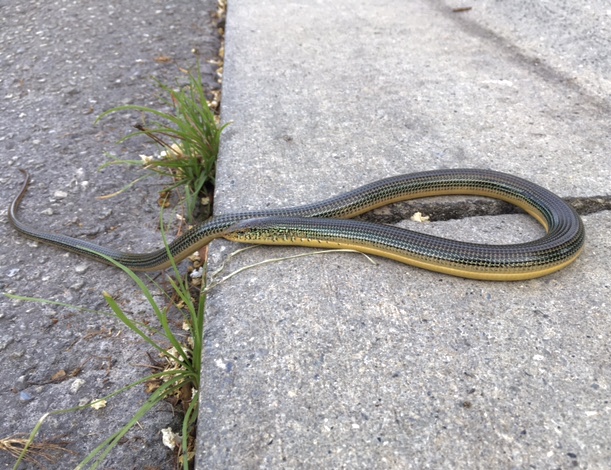 The below Green Treefrog was spotted at the Buxton Campground near Cape Point on 12Aug2016. 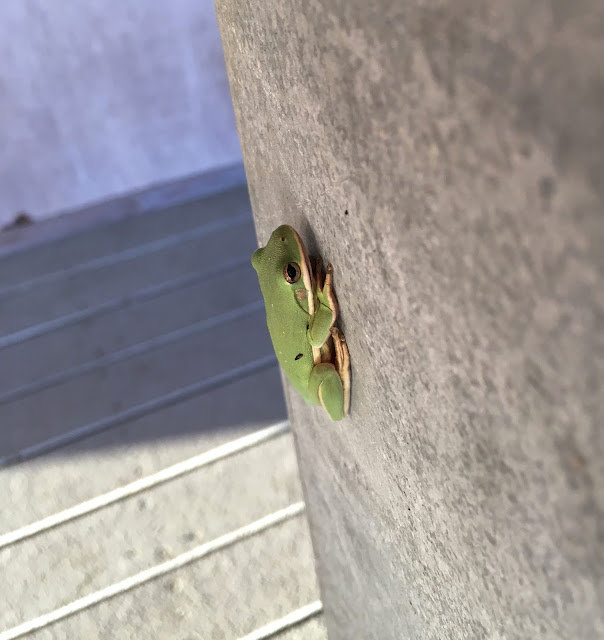 The below snake was found in my driveway!  SSSsssserendipity.  Redbelly Snake. It's hard to gauge size from the photo but it was only 6-8 inches long. 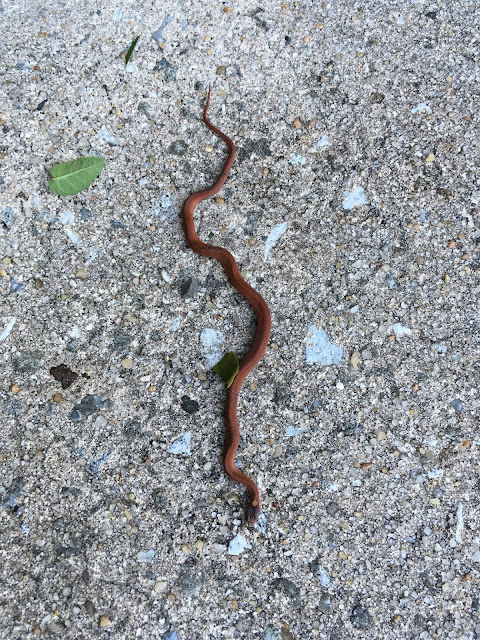 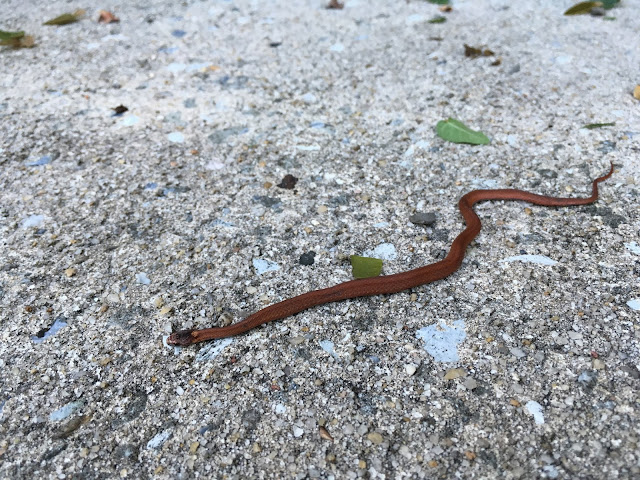 This Southern Toad was found in my backyard in Wilmington, NC on 23Oct2016.  This species can be identified from the similar American and Fowler's Toads by the position of the cranial crests, but luckily I did not need to look to closely as only Southern Toads are regularly found in the Wilmington area. 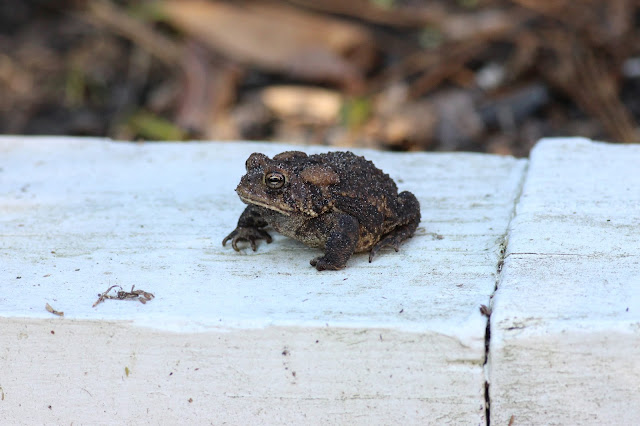 The below Copperhead was nearly stepped on by yours truly at Carolina Beach State Park on 25May2017. 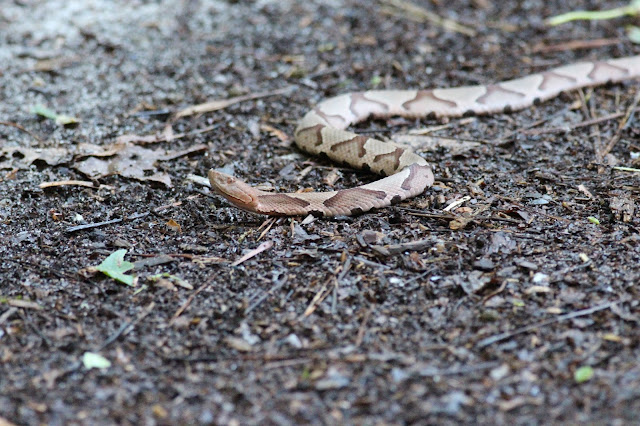 The Loggerhead Sea Turtle pictured below was seen on a Hatteras Pelagic trip on 21May2017. 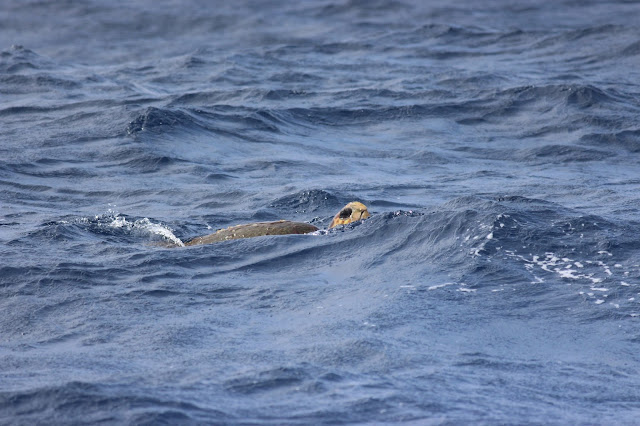 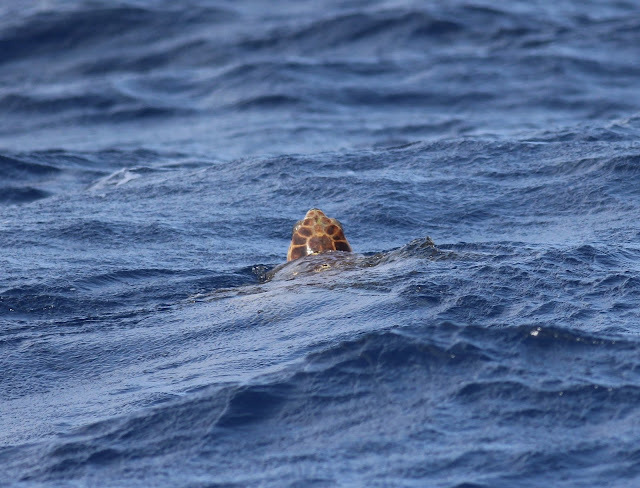 Below is a Plumed Basilisk (male and female) or also known the Jesus Christ Lizard for it's ability to walk on water or at least run across it.  Photographed in Arenal, Costa Rica on 25Nov2016. 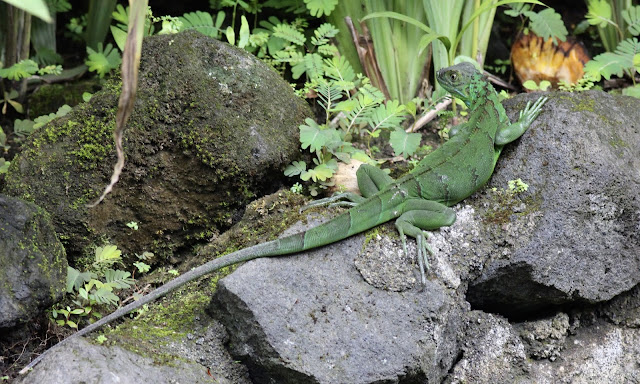 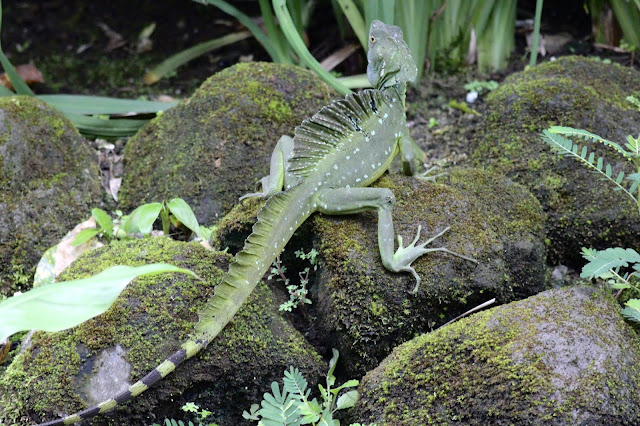 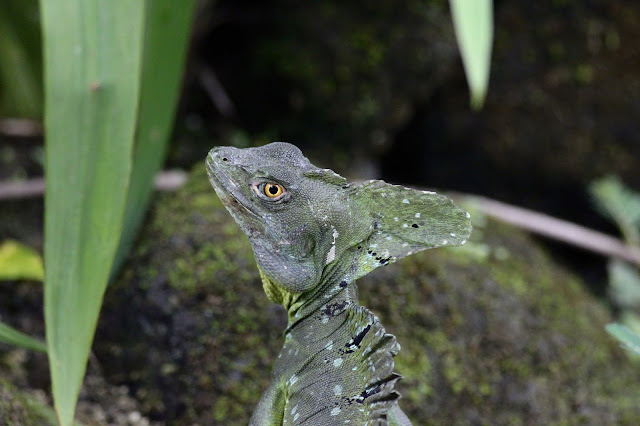 Here are some frogs and toads from Costa Rica.  First up is a Cane Toad photographed at Arenal Observatory Lodge on 25Nov2016. 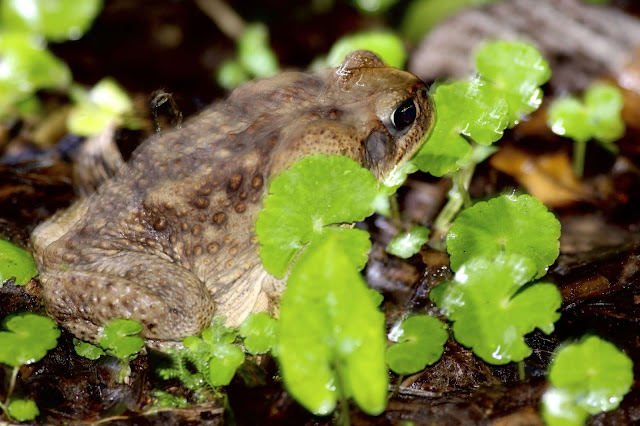 Below is a Yellow Tree Frog or Small Headed Tree Frog on the same night at Arenal Observatory Lodge. 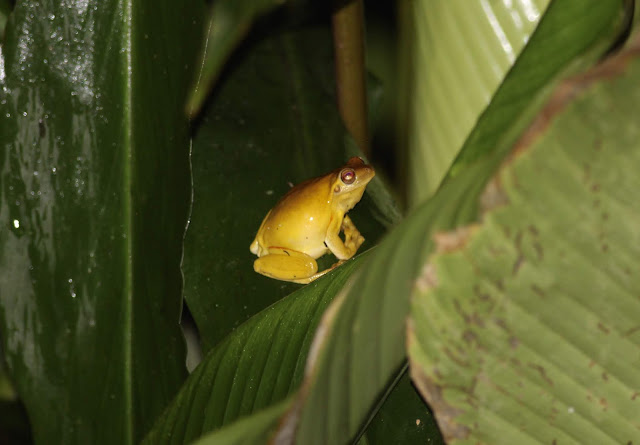 I was happy to get the below in focus shot of a Red-eyed Tree Frog also on the night of the 25Nov2016 at Arenal Observatory Lodge. 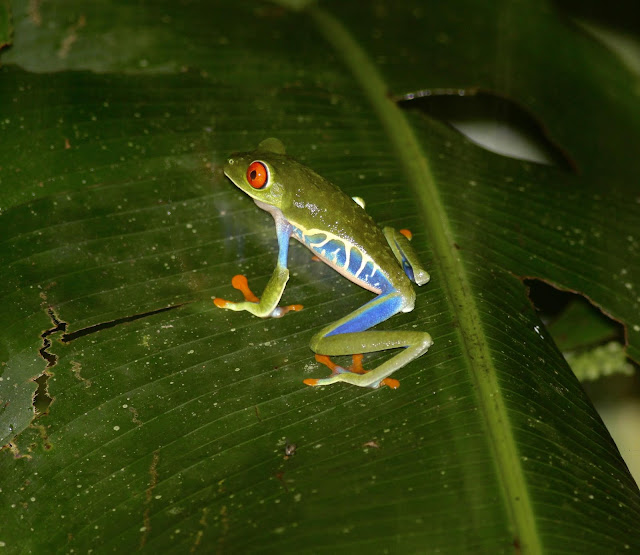 Below is a Brilliant Forest Frog on the same night. 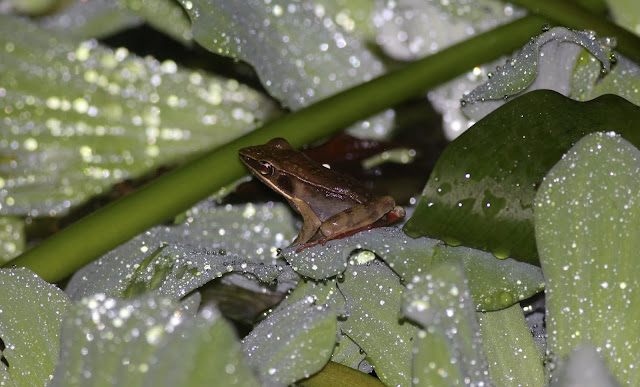 And finally an Hourglass Frog on the same night. 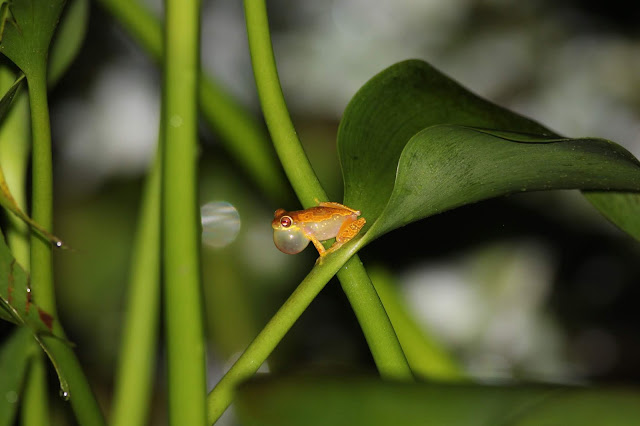 Below is a Common Snapping Turtle photographed at Pea Island, NC on 18Aug2018. 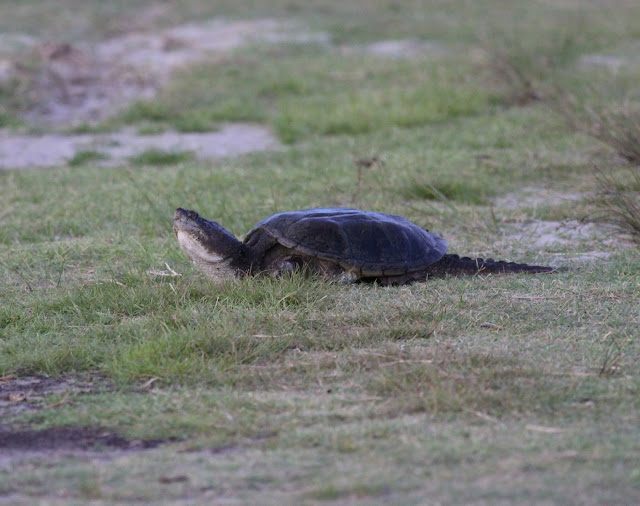 Below is a Brown anole (Anolis sagrei) seen on Eleuthera in the Bahamas on 29Mar2015. 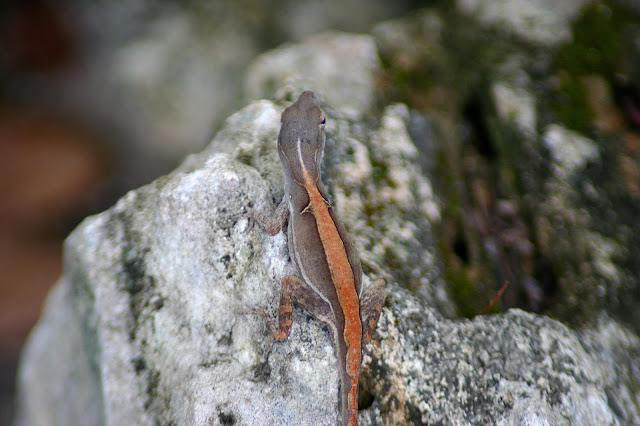 Below is a Texas Spotted Whiptail from the Lower Rio Grande Valley in TX on 23Oct2017. 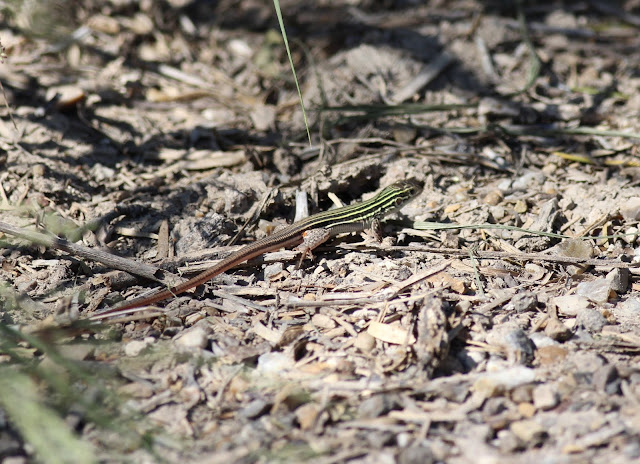 And a Blue Spiny Lizard from the same date and place. Nice bokeh! 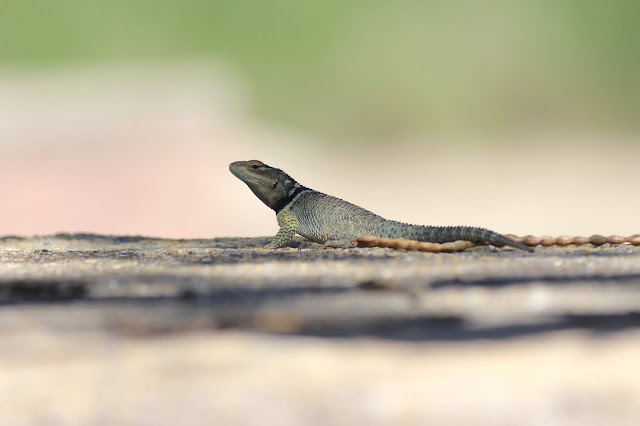 And here is a Texas Rose-bellied Lizard on the same trip, taken at Roma Bluffs, TX. 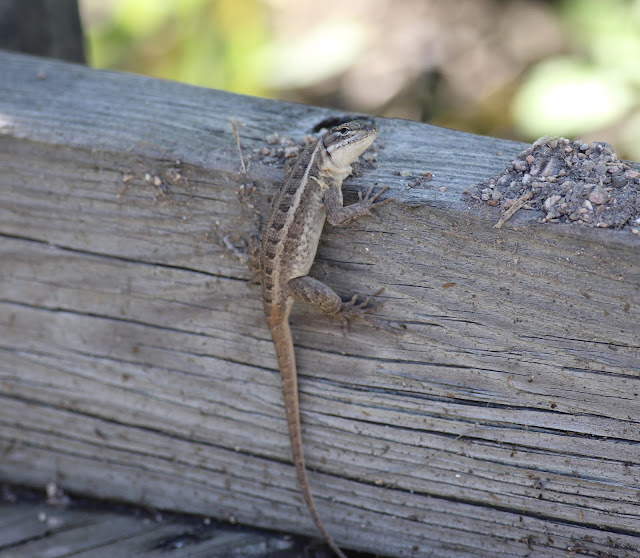