"The largest tern, the Caspian Tern is distinguished by its massive coral red bill, hoarse vocalizations, and similarities to large Larus gulls in flight. Bent described it as “king of all the terns . . . the dominant ruling spirit in the colonies . . . the largest, strongest and fiercest of the terns.” Its broad, expansive wings allow it to soar and wheel dramatically like a gull, and its slow wing beats power a graceful flight that is strong and swift. Its loud raucous call is heard frequently in breeding colonies, especially when nesting birds are approached by intruders.

With the exception of Antarctica, the Caspian Tern occurs on all continents, breeding and/or wintering along coastlines and inland along rivers, lakes, and marshes."

This one was photographed at the Fort Fisher Spit. 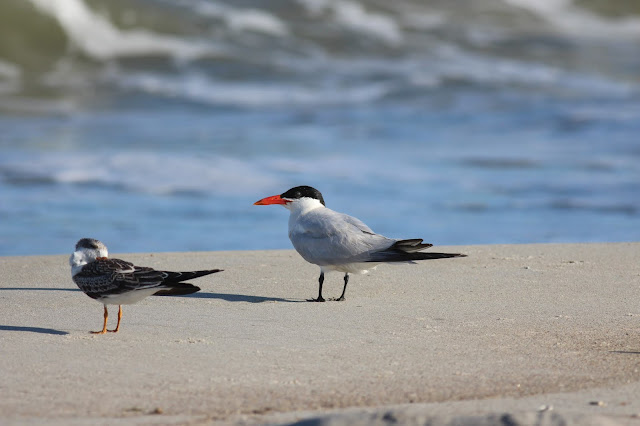