Snow Geese can come in two flavors: White or Blue.  From Wiki:
White- and blue-morph birds interbreed and the offspring may be of either morph. These two colors of geese were once thought to be separate species; since they interbreed and are found together throughout their ranges, they are now considered two color phases of the same species. The color phases are genetically controlled. The dark phase results from a single dominant gene and the white phase is homozygous recessive. When choosing a mate, young birds will most often select a mate that resembles their parents' coloring. If the birds were hatched into a mixed pair, they will mate with either color phase.

We get Snow Geese regularly up on the outer banks, but I have found some in my home town of Wilmington, NC.  These were seen at a retention pond in Veteran's Park and it was nice to have one of each color morphs. 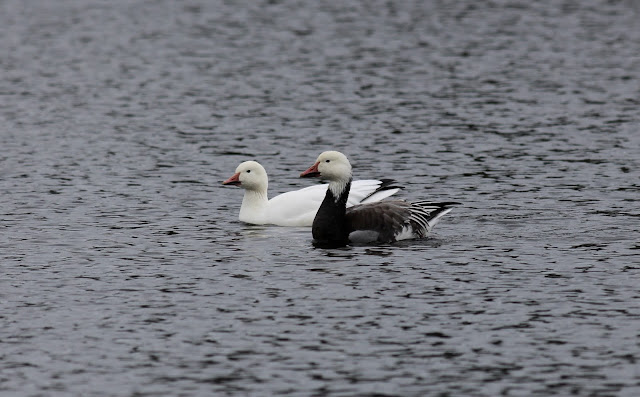 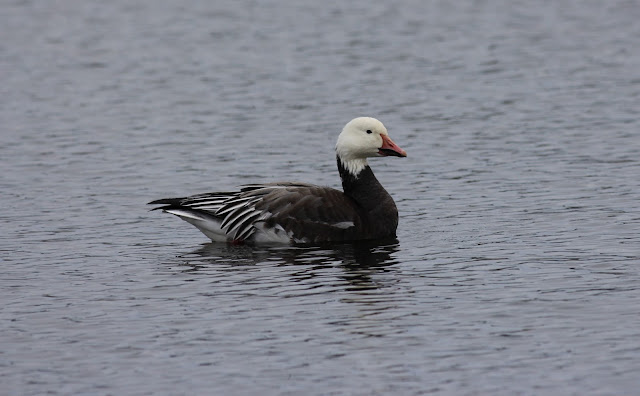 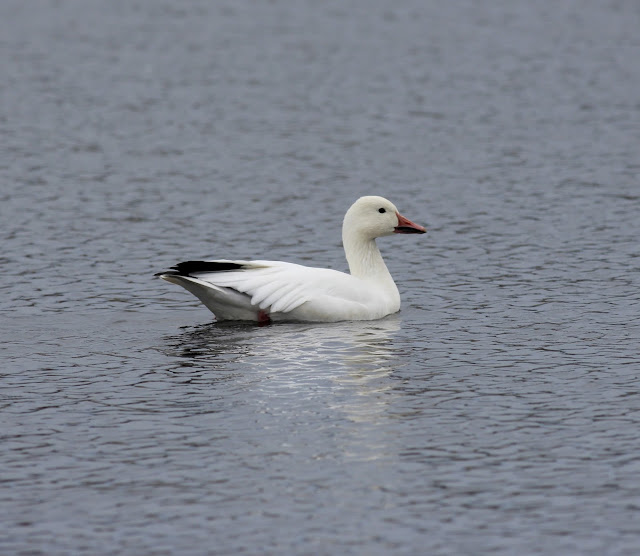 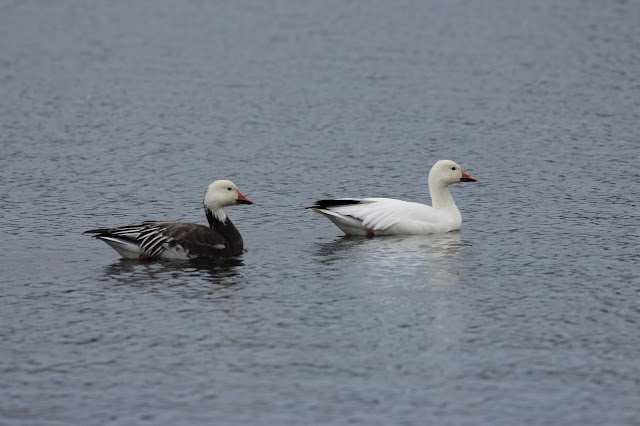 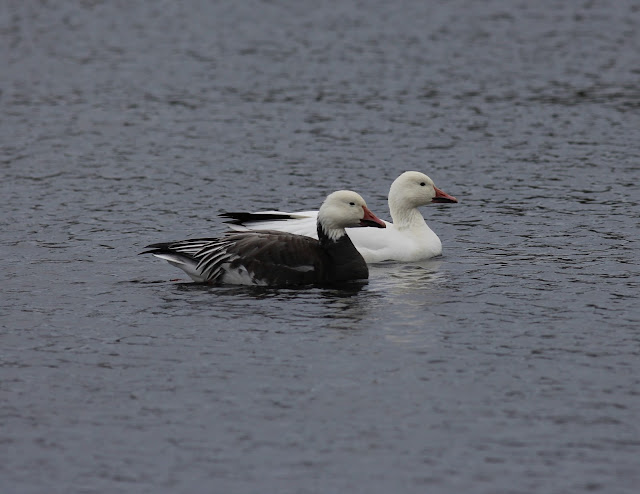