Per the Cornell website: "Like other phoebes, the Say’s Phoebe is seemingly undaunted by people and often nests on buildings. These open-country birds have cinnamon-washed underparts and a rather gentle expression. They sally from low perches to snatch insects in midair or pounce on them on the ground. Say’s Phoebes often pump their tails while perched on a wire, fence post, or low bush. They breed farther north than any other flycatcher and are seemingly limited only by the lack of nest sites."

This first photo is from Phoenix, AZ. 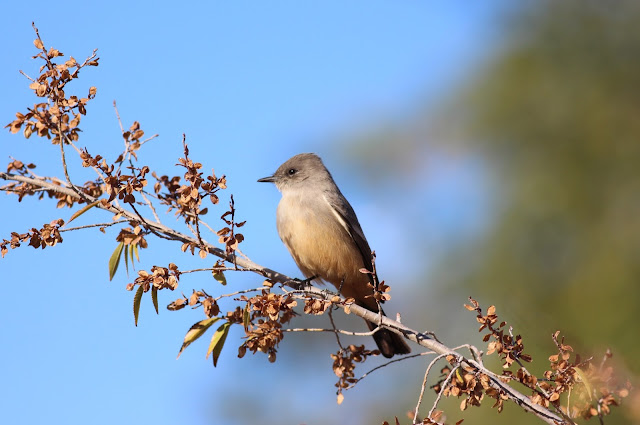 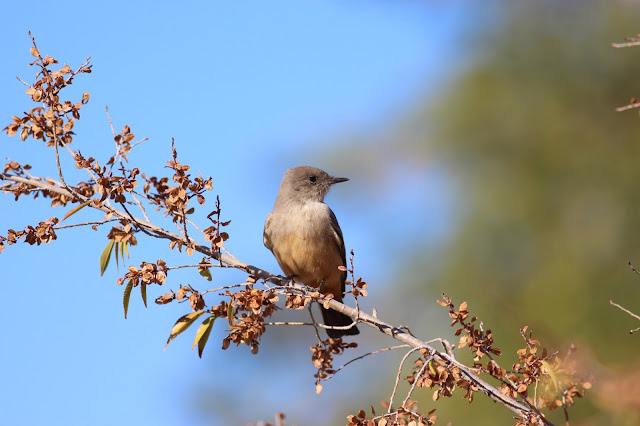 This other series is from the VOA site in Bear Grass, NC.  They are fairly rare in NC but we have had a handful. 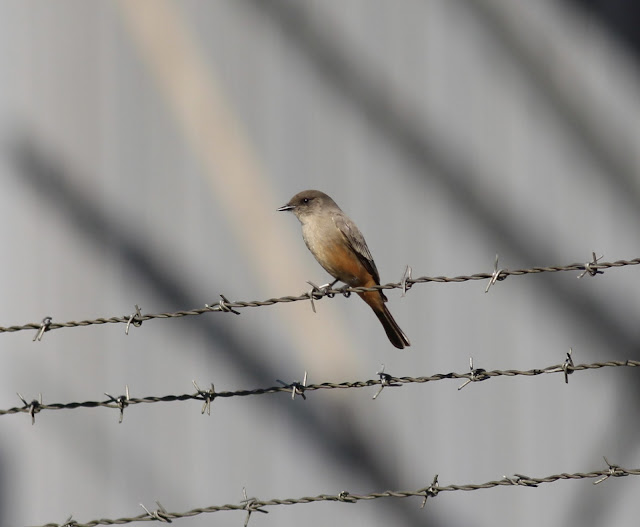 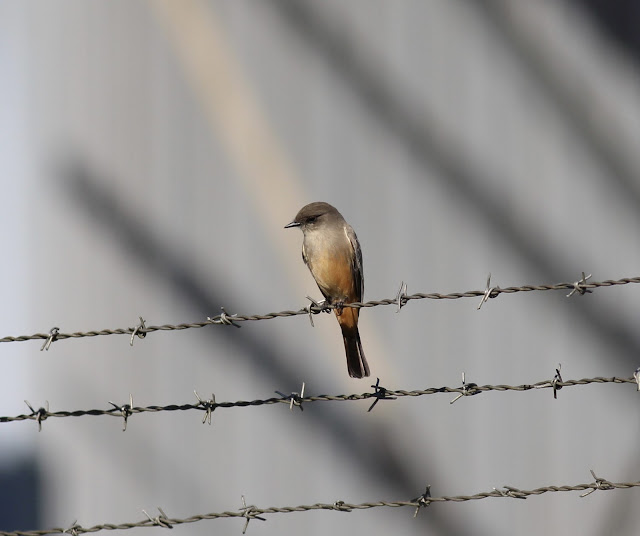