The Eastern Bluebird is a favorite of birders and non-birders alike.  They have made a terrific comeback in part due to the effort of people to put out nest boxes for them all over the country.

Per the Cornell website: "Most of the country drives during an eastern North American summer will turn up a few Eastern Bluebirds sitting on telephone wires or perched atop a nest box, calling out in a short, wavering voice or abruptly dropping to the ground after an insect. Marvelous birds to capture in your binoculars, male Eastern Bluebirds are a brilliant royal blue on the back and head, and warm red-brown on the breast. Blue tinges in the wings and tail give the grayer females an elegant look."

Here is a pic from Airlie Gardens in Wilmington, NC where there is plenty boxes for them. 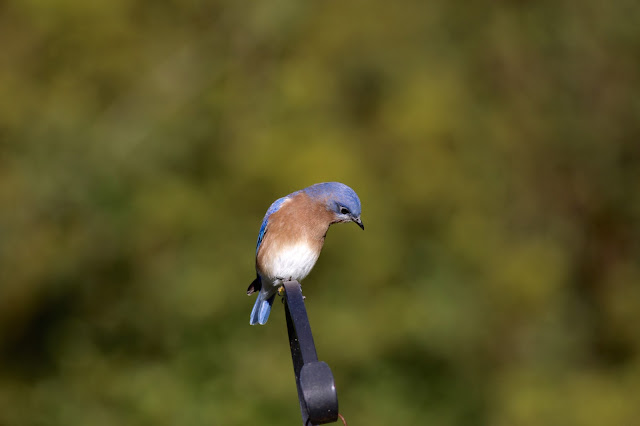 And here is one from Wilmington during my big year in 2018. 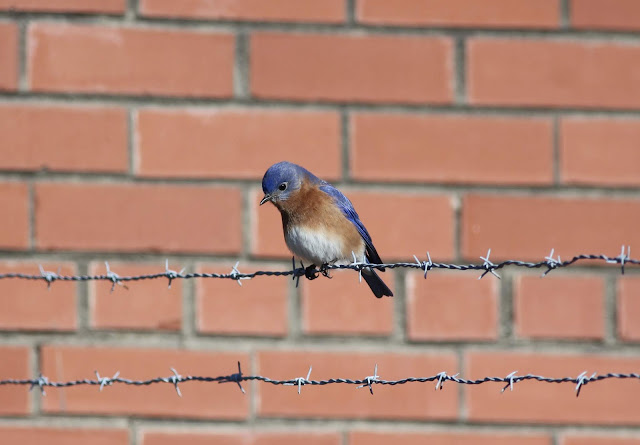