My father's lifework is studying brains (neuroscience) and hummingbirds in that order.  The Ruby-throated HB is the focus of his bird oriented work and he has tirelessly cared for them at his "hummingbird sanctuary" in Long Island, NY for the past 20 years plus.  Over the past couple years he has been fighting a lawsuit brought on by his neighbors because they alleged he was running an illegal business on his property in Baiting Hollow. This despite the fact that he has never taken a dime from anyone.  He opened his sanctuary for the public to enjoy but his jerk neighbors didn't want traffic on their dirt road.  Now he has had to close the sanctuary to people, but his neighbors were not able to stop the birds from coming.  They are too fast and the lawyers didn't think the birds would pay anyhow.  Little did they know, these gems are priceless.

This photo is taken at Airlie Gardens in Wilmington, NC. 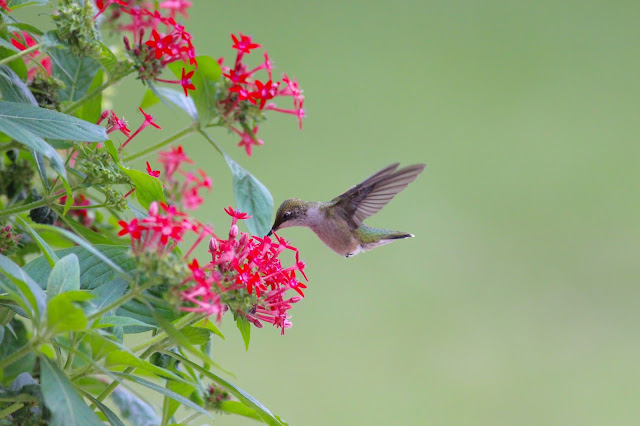 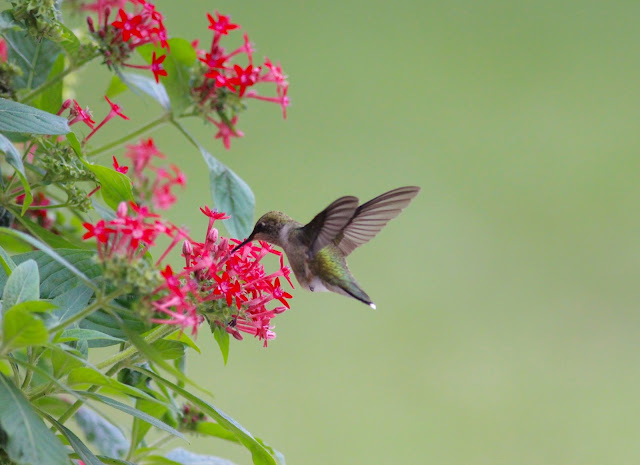 The following photos were taken at my Mother-in-law's house in Milford PA.  She has a great garden and I love these Crocosmia.  I have tried to grow them in my yard but they didn't do too well. 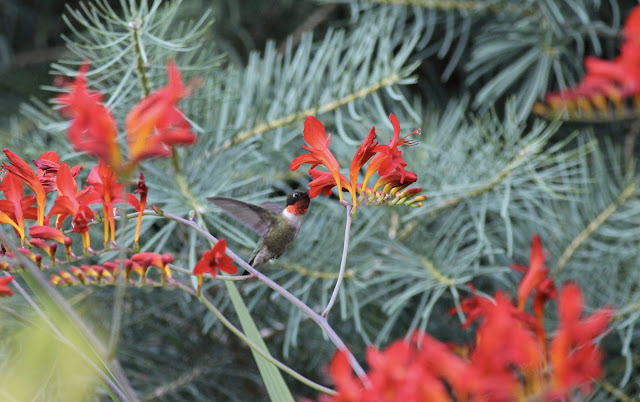 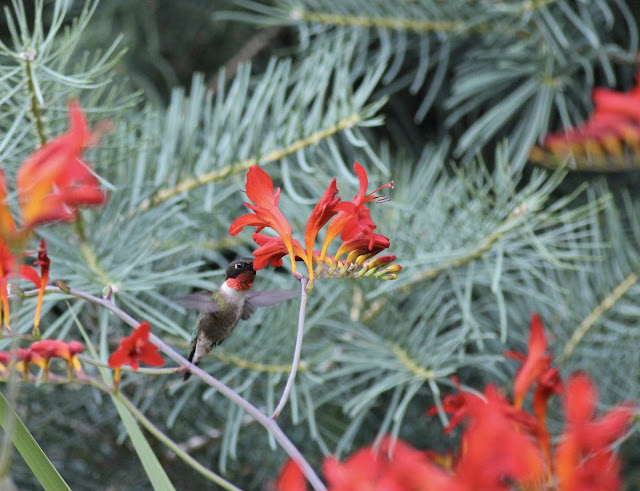 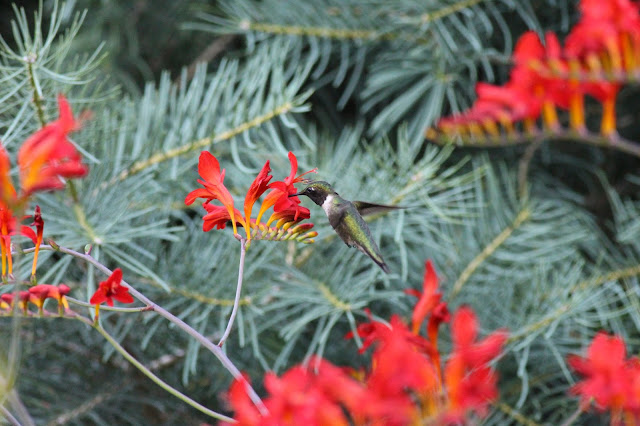 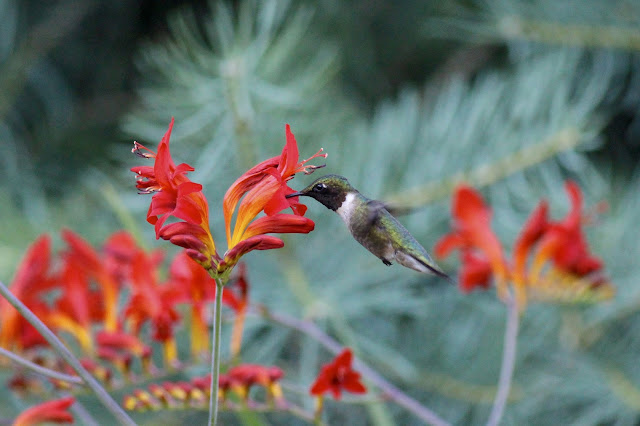