"German ornithologist Jean Cabanis described the Cuban black hawk in 1855. It was considered by most authorities to be a subspecies of the Mangrove Black Hawk (Buteogallus anthracinus), although aspects of its behavior were little studied. However in 2007, the American Ornithologists' Union classified it as a separate species based on differing vocalizations and plumage patterns.
It is one of eight species in the New World genus Buteogallus.
The Cuban black hawk is endemic to Cuba, where it is found primarily in coastal and mangrove regions and on Isla de la Juventud. It also occurs in wooded areas and even near mountains on the main island, and on several outlying cayes. However, the majority of its sightings are below 800 meters above sea level".

We found most of our sightings on the islands around Cayo Coco on the North Coast. 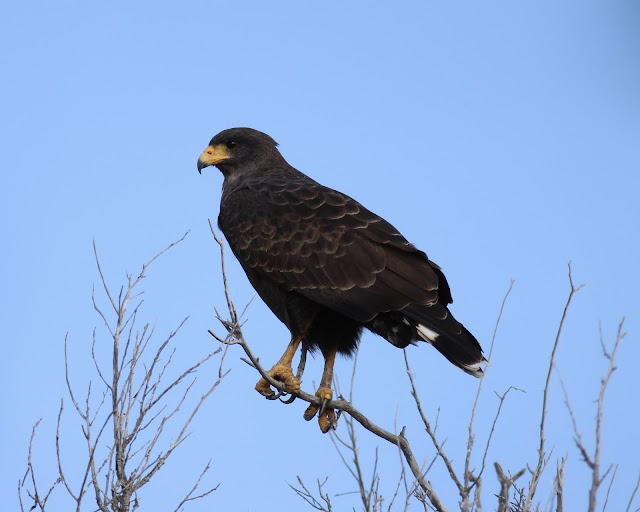 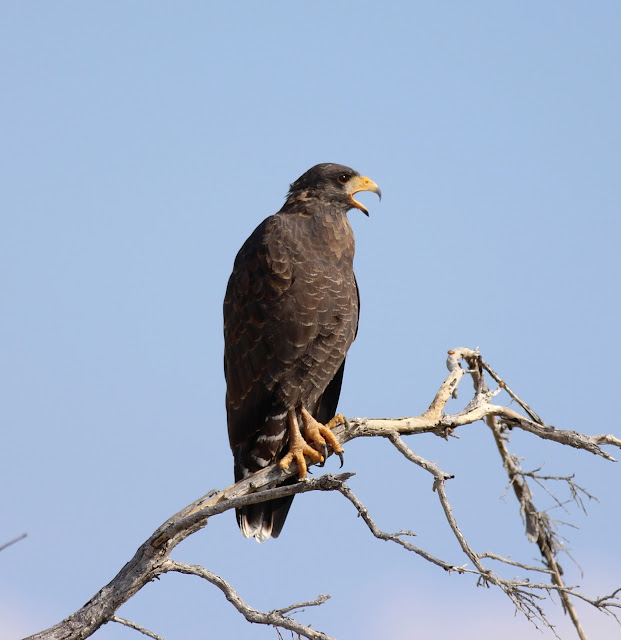 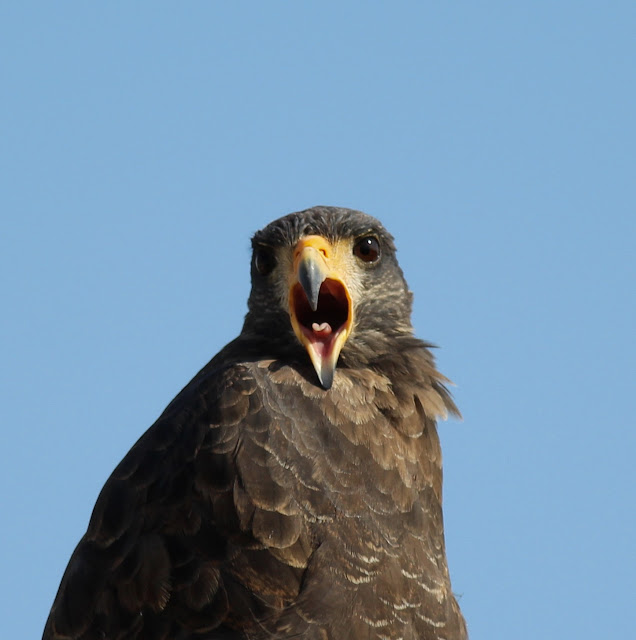 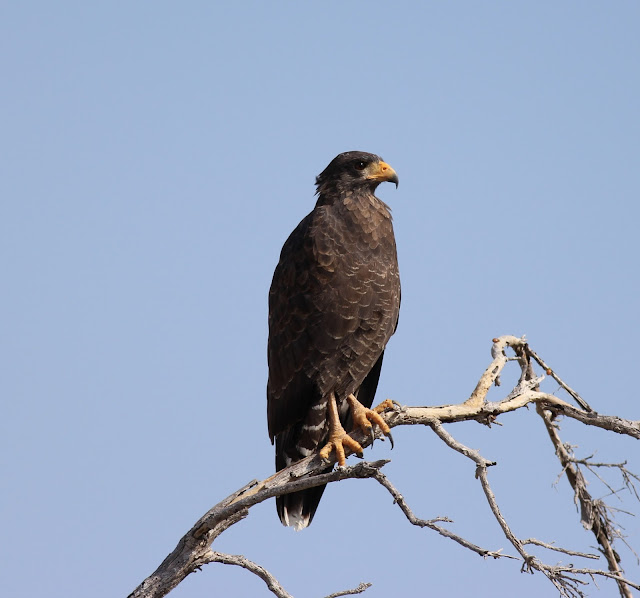