Masked Tityras are fairly common in Costa Rica.  This one was seen at Arenal National Park close to the Observatory Lodge.  Some birds can't pull off the red facial skin look, Turkey Vultures for example. Maybe that is because we know that vultures have evolved the lack of feathers on the face so they can plunge head first into rotting body cavities.  The Masked Tityra manages to turn something that is usually associated with a medical condition (PBFD - look it up) and turns it into a decoration.  Don't you just love evolution?  Did this trait evolve because a male with less feathers on the face was successful in mating and the trait kept amplifying or because this species eats something that favors less feathers on the face?  Or perhaps a bit of both.  Evolution is fun.  To me just accepting that a creature was put on earth the way it is now is a little boring. 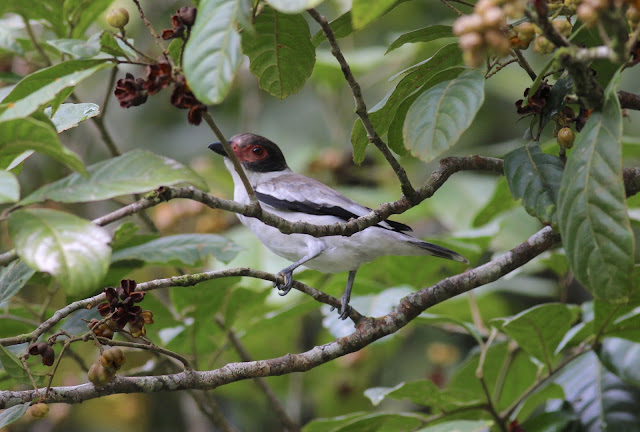 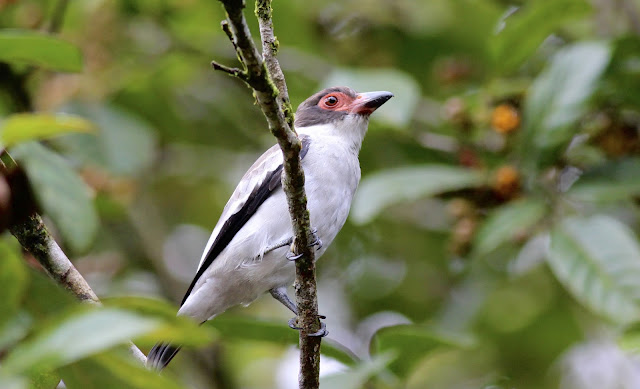