This annual rarity found in Arizona is very similar to the Blue-gray Gnatty of the east coast.  In fact they can get BG Gnatties in Arizona too so you need to be very careful. 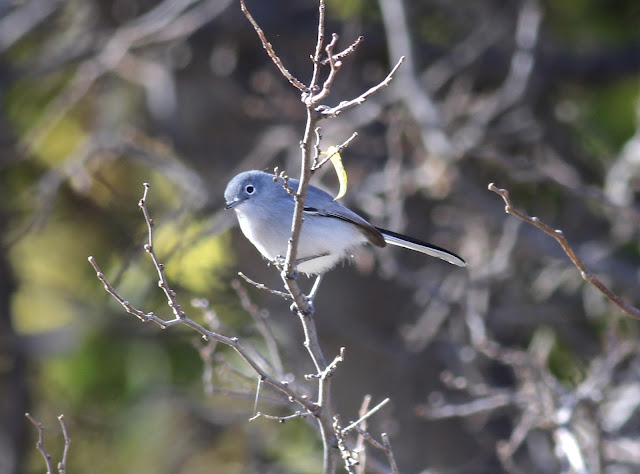 You need to be especially wary when the bird is not in breeding plumage and if you have a female like this one you are pretty much relying on sound.  I found this one in Florida Canyon just down the way from Madera.  It was with a male bird which helped and I also heard the distinctive call.  The white-under tail is what tells you have something interesting compared with the resident Black-tailed Gnatty. 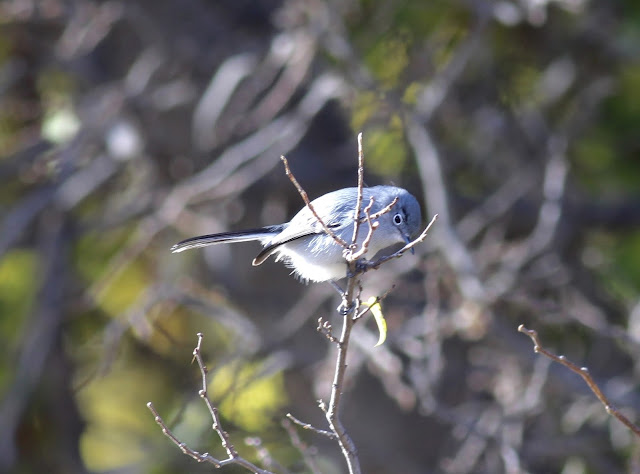 Here the non-breeding male has a nice "eye brow" and what I noticed was that the BC Gnatty has the eye-brow further over the back of the eye whereas the BG Gnatty has it further forward over the lores. 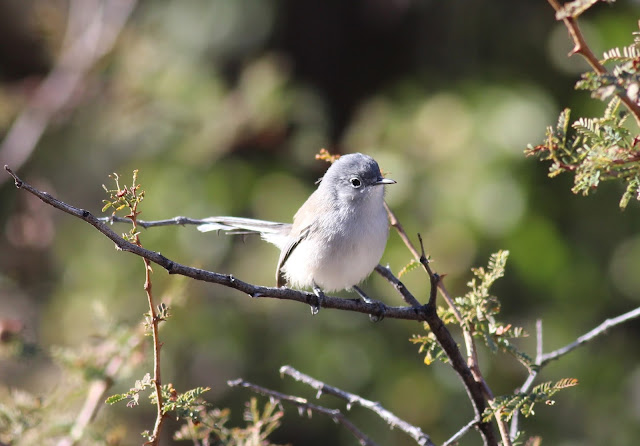 The bill is quite long and slender compared with the BG. 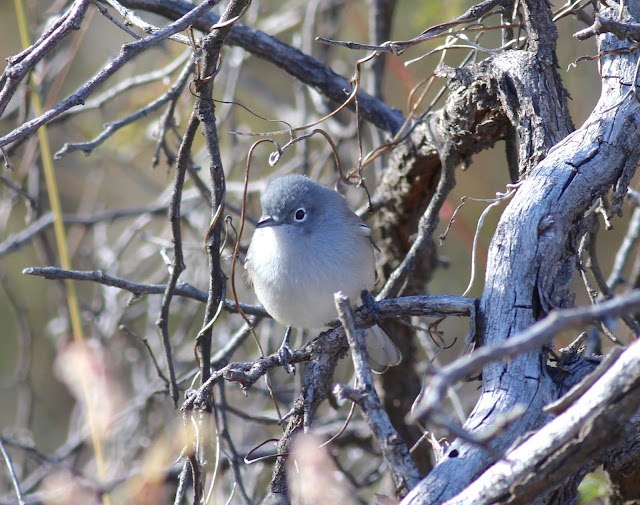 This photo shows yet one more field mark of the very "graduated" tail feathers, meaning they overlap further down the tail compared to a BG Gnatty.

My brother was with me on this trip but off hiking on his own for this sighting and we couldn't relocate it when he made it back.  However, two days later we found the same pair in the same place. 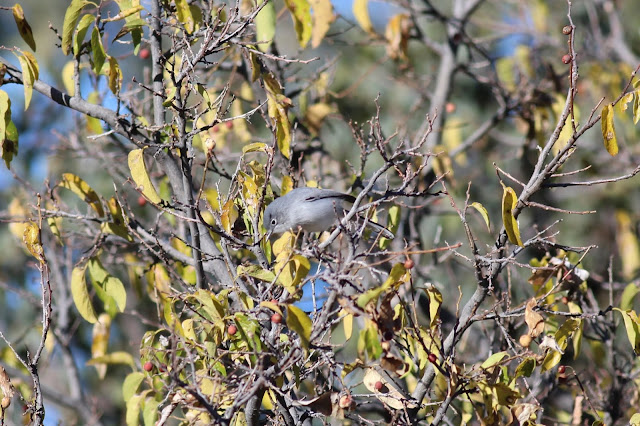