The winter of 2014 was an "incursion" year for Snowy Owls and I was not about to miss my opportunity.  Most were sighted on the OBX, but one was seen on Sunset Beach so I was there first thing in the morning to chase it.  These incursions are thought to be a result of banner years for lemmings up north.  If the owls have a plentiful supply of lemmings, they can have successful broods of more than one chick.  Then when these juveniles get old enough to hunt for themselves, they have to wander off as the older more wise birds have all the good turf staked out.  Or maybe they just have wanderlust.


These shots were taken with my old camera set up, so you can imagine the bird was particularly obliging. 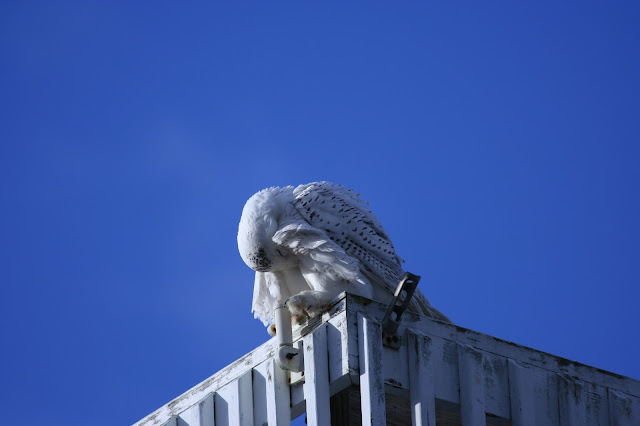 Look at those feet! 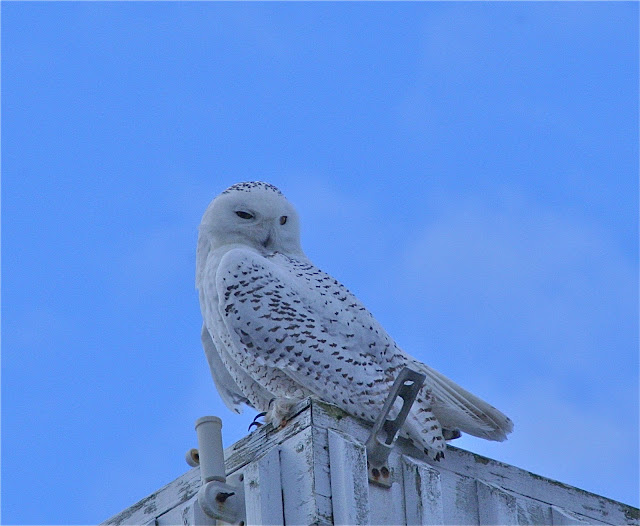 I was watching him for so long that the weather and clouds were changing offering different perspectives.  Most of the shots were awful due to backlit low hanging clouds, but the clouds abated for a little bit and I managed these shots. 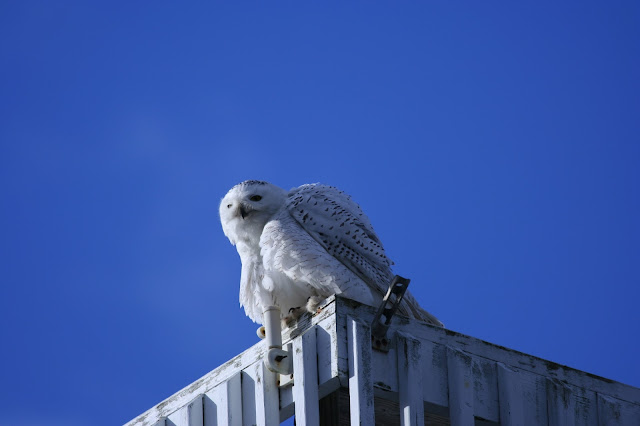