You know what they say, a bird in the hand is worth two in the bush.  This poor Sooty Tern was found in the dunes at Wrightsville Beach in bad shape after Hurricane Matthew.  He was exhausted and splayed out in the sand with one eye completely caked with dried up sand.  I was able to clean him up and put him in a sheltered spot.  My reasoning was that he did not appear to have anything wrong with him other than exhaustion from the storm.  I checked on him later and he was gone with no sign of predator involvement so I hope he got his strength and flew off. 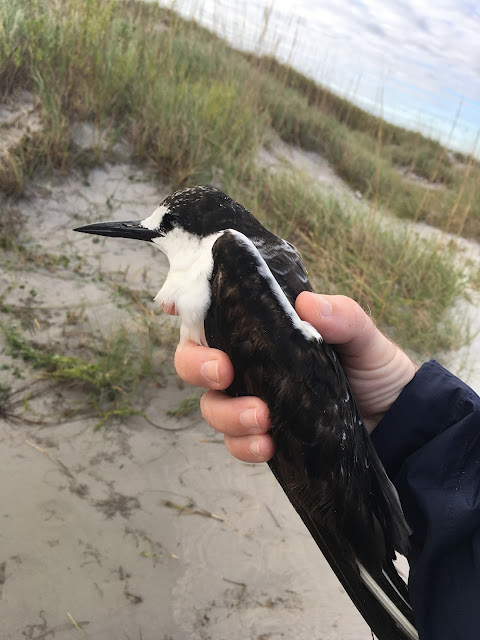 Here are some photos of a Sooty Tern in it's element.  Sooty Terns are a pelagic species and at least in North Carolina only found way out in the Gulf Stream. 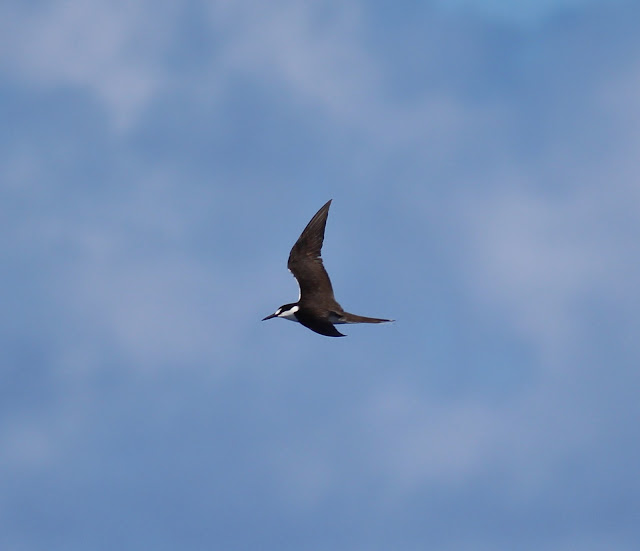 Very dark back compared to Bridled and also the black cap is uninterrupted into the back. The Bridled Tern has separation between the cap and back. 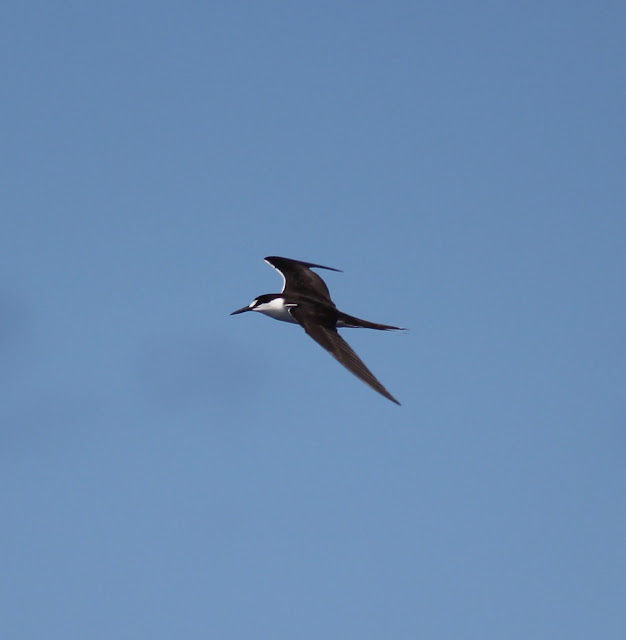 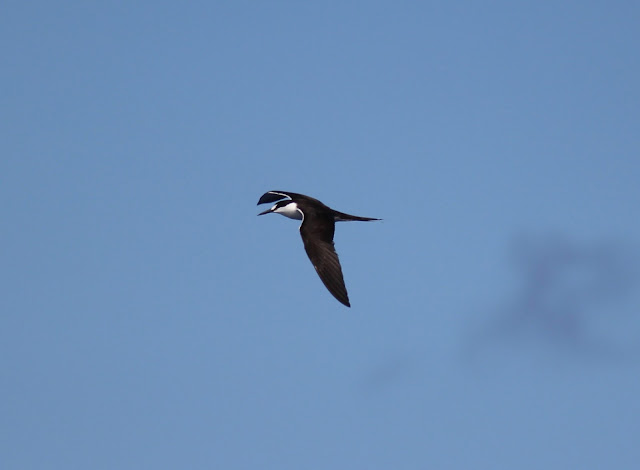