This Black-cowled Oriole was found at the La Paz Waterfall Gardens North of San Jose in Costa Rica.  From a Cornell website: "This oriole was formerly considered conspecific with all of the four species that were briefly considered to form part of the Greater Antillean Oriole (Icterus dominicensis), on the Bahamas, Cuba, Hispaniola, and Puerto Rico. The mainland population, which has retained the vernacular name Black-cowled Oriole, is found over the Caribbean slope of Middle America, from southern Mexico to western Panama. " 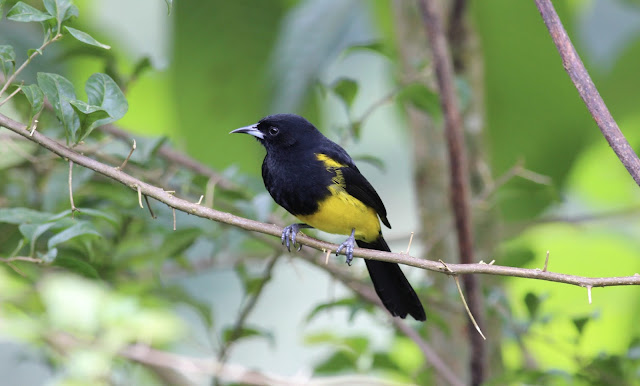