The White-tailed Tropicbird is a denizen of the high seas most of the year except when nesting.  When nesting they can be found in treacherous cliff faces next to pounding surf.  In fact Eleuthera is a good place to see them although I still have yet to capture a photo there because they nest in the summer.  I have however seen one there while surfing, it flew directly over my head making ID pretty easy.

This particular bird was photographed on an epic pelagic trip out of Hatteras in NC where we had both species of possible Tropicbirds (White-tailed and Red-billed) at the same time circling the boat. Unfortunately my pictures of the Red-billed stink and it was a juvenile so I am going to hold on posting those pics hoping for a better one this summer. 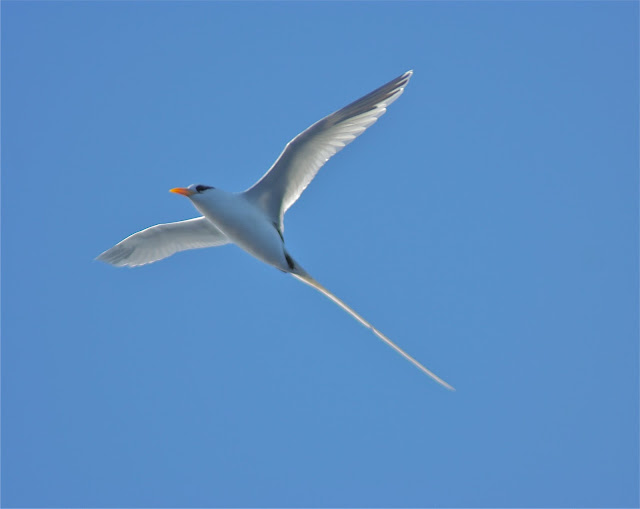 The ID of the Red-billed vs White-tailed is difficult, but luckily we saw the topsides and undersides well on both birds.

My little brother did field work on Johnston Atoll in the Pacific and had Red-tailed Tropicbirds all over the place nesting while he was there.  Not fair, he is not even a birder.....
Posted by Jamie Adams at 4:56 AM