The Shiny Cowbird is a South American nest parasite like it's North American Brown-headed Cowbird counterpart.  However, somewhat recently it has expanded it's range into the Caribbean and some have made it into the States.  I have seen them in Puerto Rico and Cuba.  Actually in Cuba it was the first bird I saw and was inside the airport terminal.  This below bird was found by Marty W at Fort Macon in Atlantic Beach, NC.  I drove up early the next day and was the only other one to see it as it apparently left right after I did.  Purely a coincidence as it was still around when I left.  Interestingly enough, a Shiny Cowbird showed up in Sneads Ferry a week later.  Probably the same one? 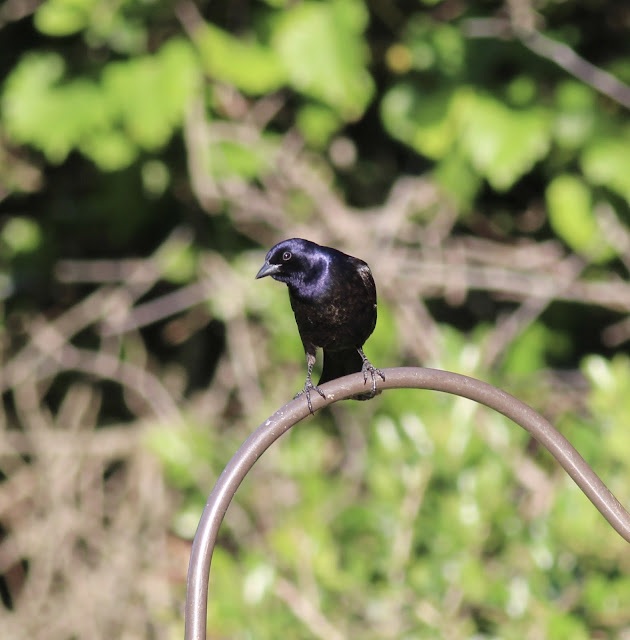 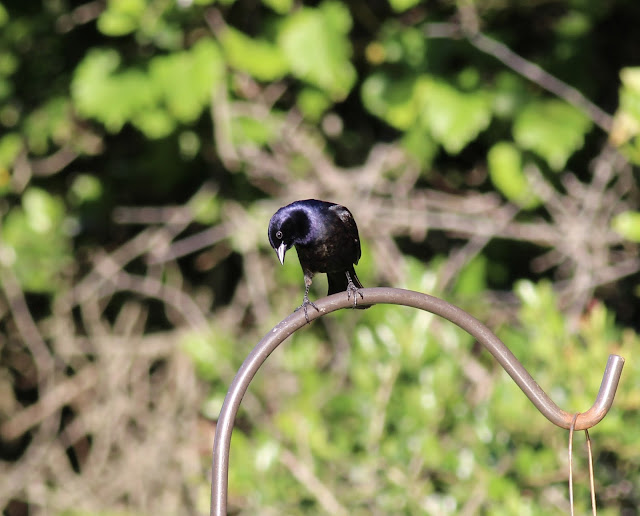 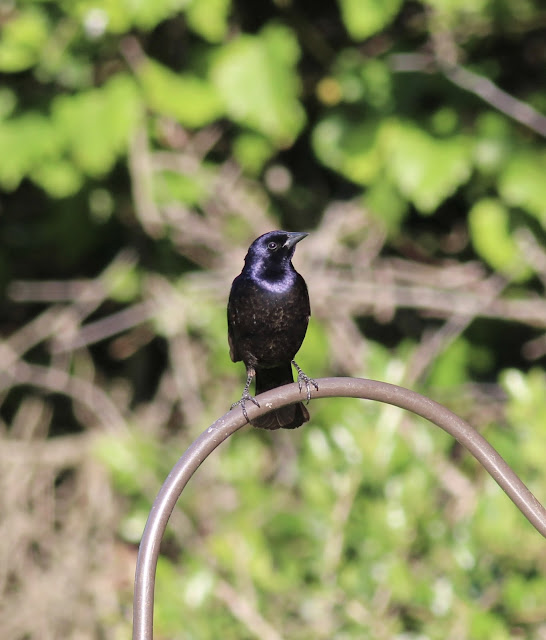 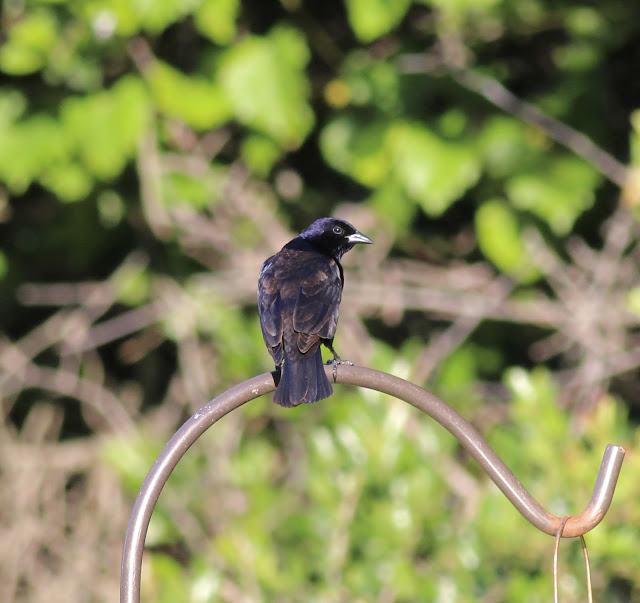 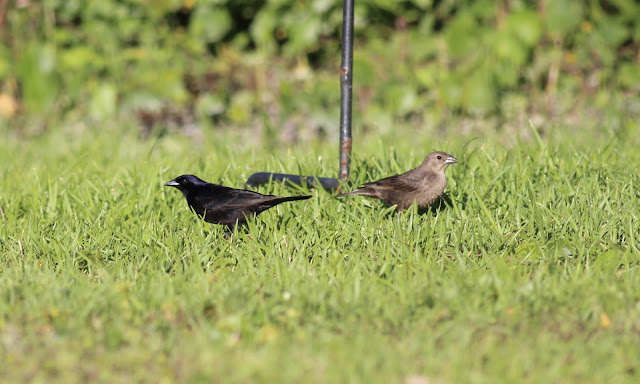 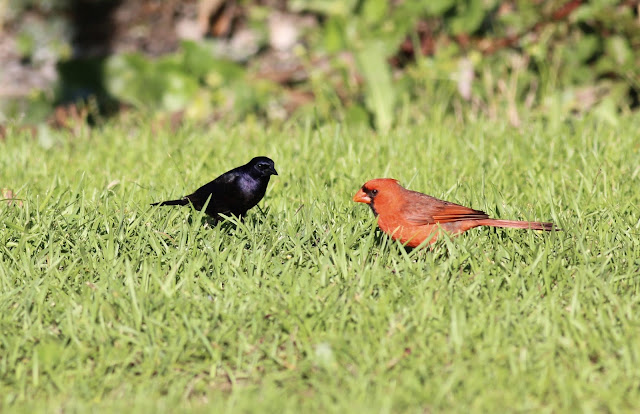 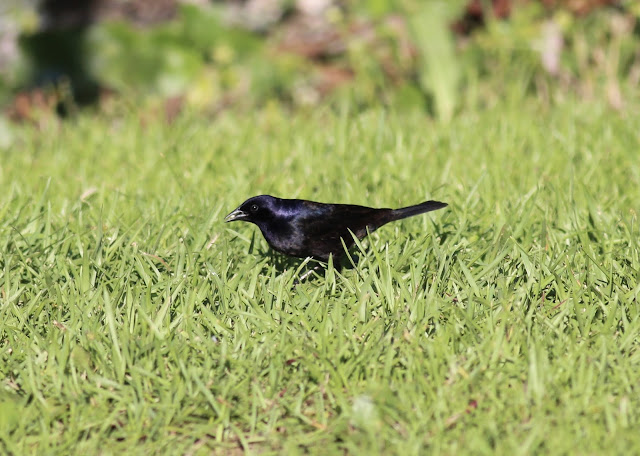 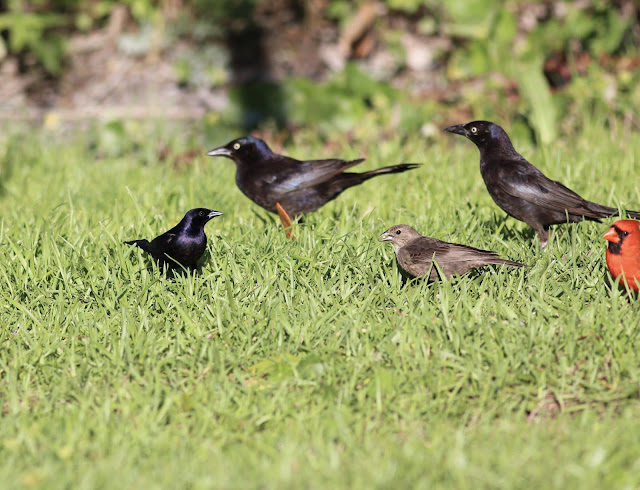 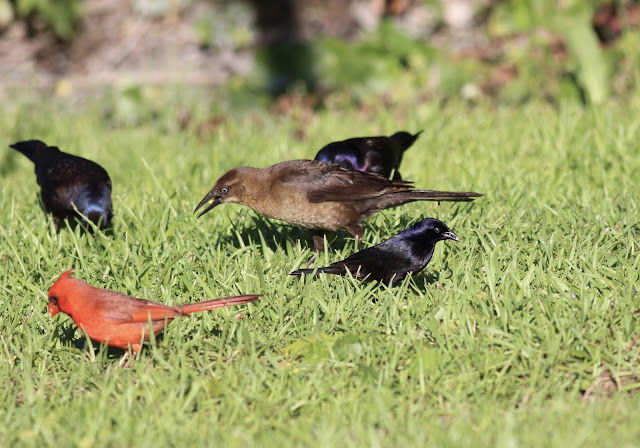 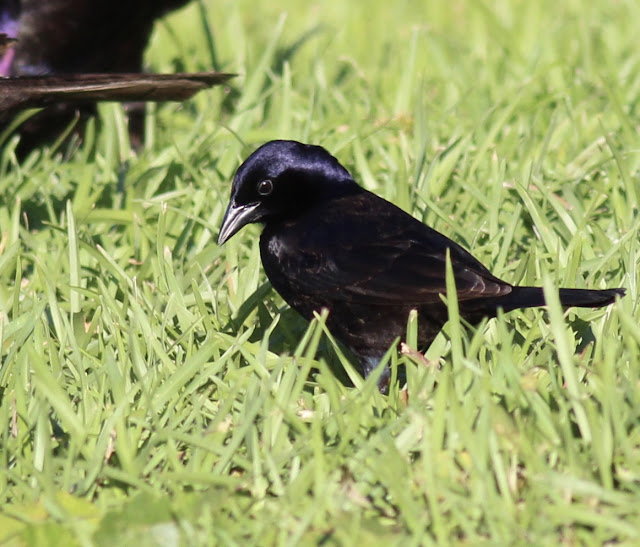 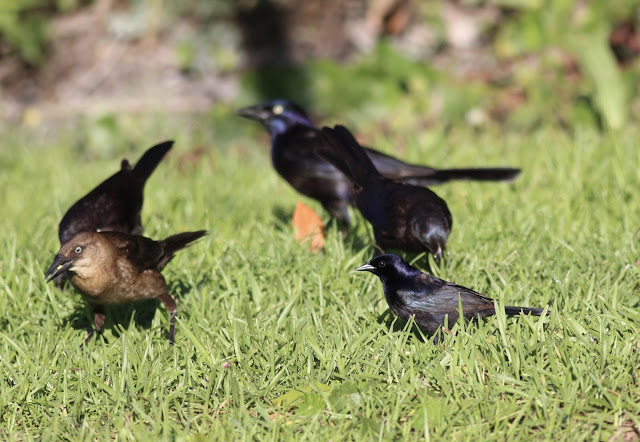 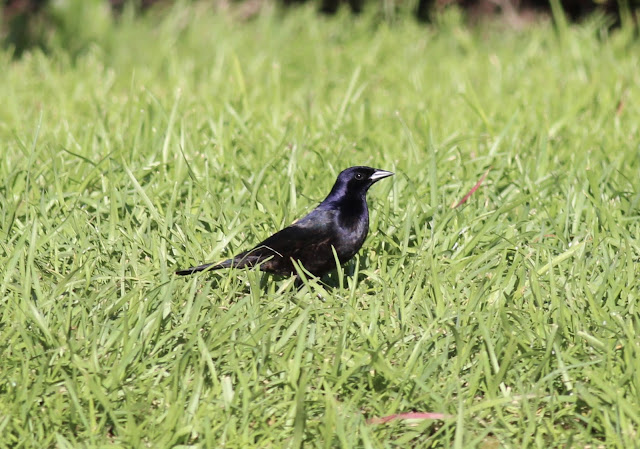