Here is a fun fact about Phalaropes from the Cornell website:

The typical avian sex roles are reversed in the three phalarope species. Females are larger and more brightly coloured than males. The females pursue and fight over males, and will defend their mate from other females until the clutch is complete and the male begins incubation. The males perform all incubation and chick-rearing activities, while the females may attempt to find another mate. If a male loses his eggs to predation, he may re-pair with his original mate or a new female to try again. Once it becomes too late in the breeding season to start new nests, females begin their southward migration, leaving the males to incubate the eggs and look after the young.

The following photo was one of the only breeding plumaged birds I have seen.  This one in a spoil pond near the Fort Fisher ferry. 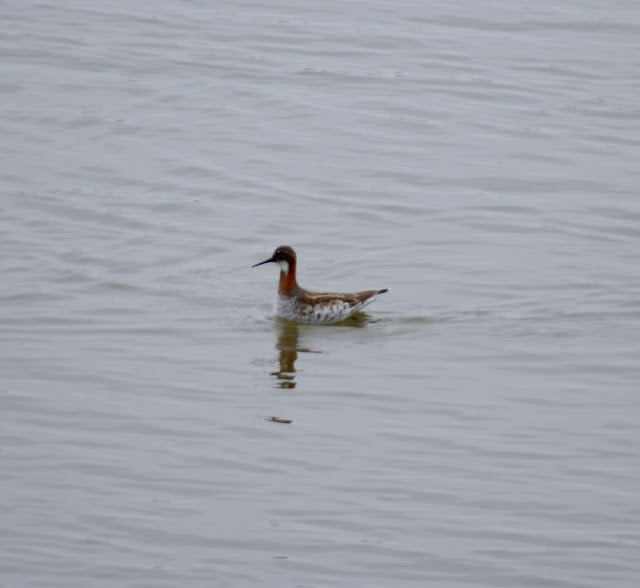 These were seen on a Patteson pelagic off of Hatteras. 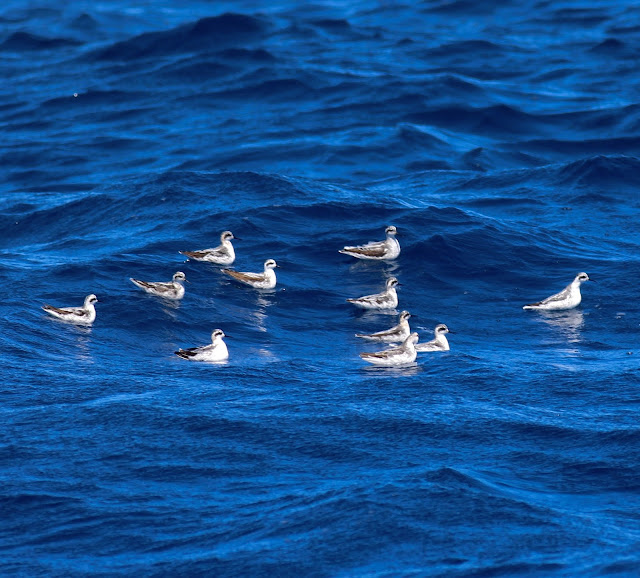 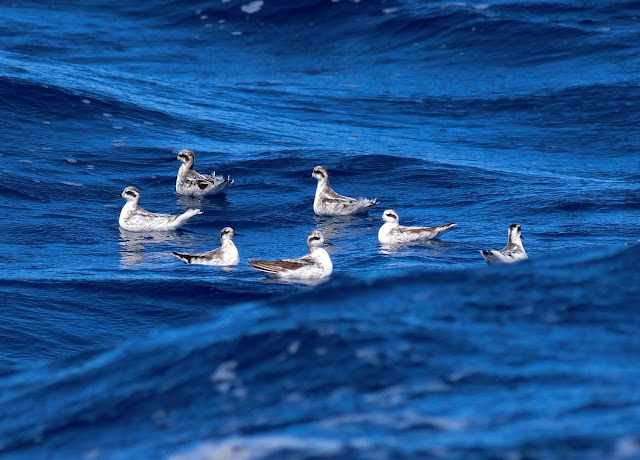 And finally these were seen after a hurricane passed near by in Fort Fisher. 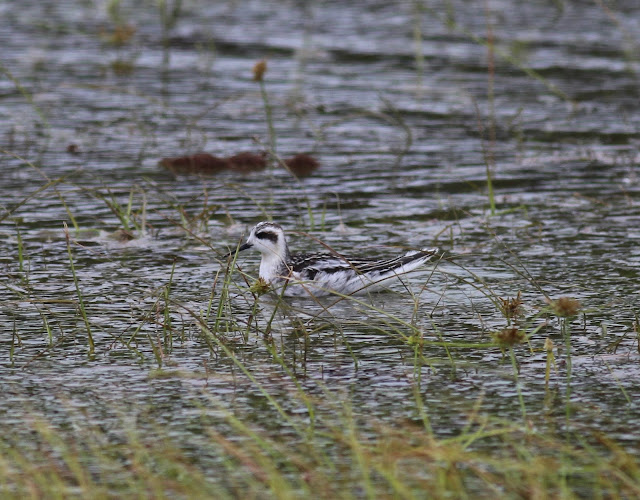 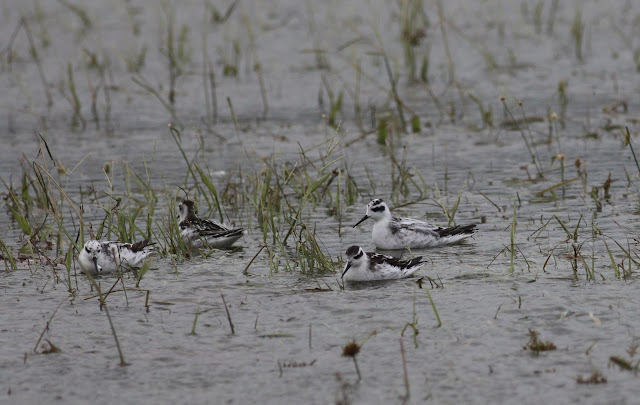