Red-eyed Vireos in North Carolina should not be dismissed easily.  There are two really good vagrants that should and will be found in NC that can look very similar to the common Red-eyed Vireo.  One is the Yellow-green Vireo which was found in SC last year and the other is the Black-whiskered Vireo which has been seen in NC in the past.  That being said, I am not one of the lucky ones that has seen or heard Black-whiskered Vireo in NC.  I have however had them in Florida, Eleuthera, Puerto Rico and maybe even somewhere else I am not remembering.

This one was in the Florida Keys.  The only obvious difference from Red-eyed is the "whiskers". 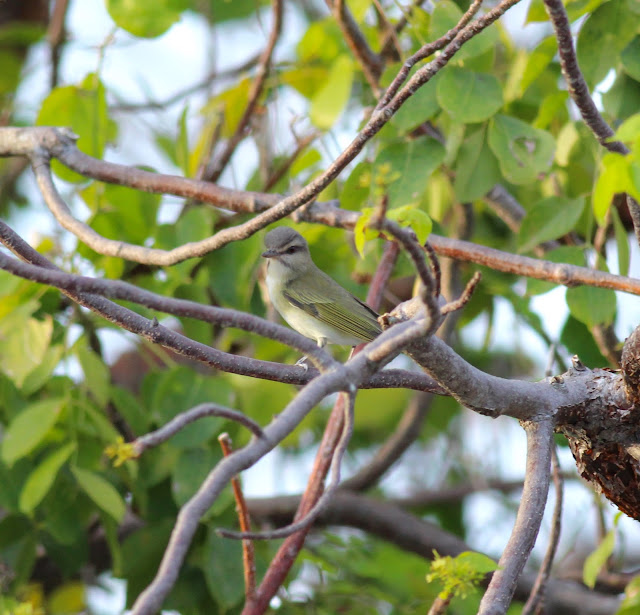 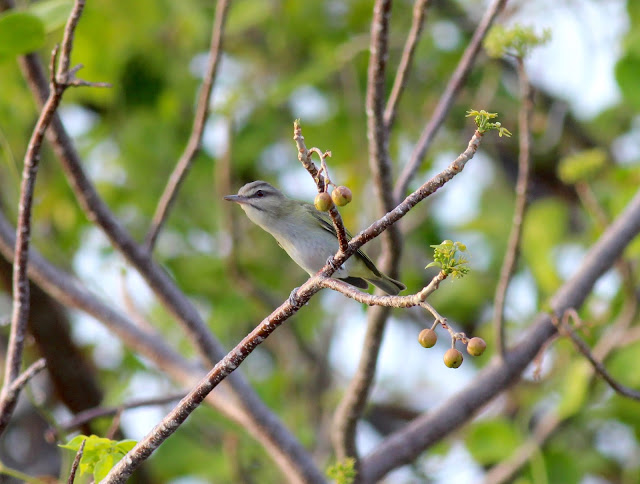