The feeders outside this home in Wildernest, CO was hosting hundreds of Rosy-finches and I swear I caught a glimpse of a Black Rosy-finch but never secured a photo.  The Brown-capped and Gray-crowned were however plentiful and I even got some different sub-species or races. 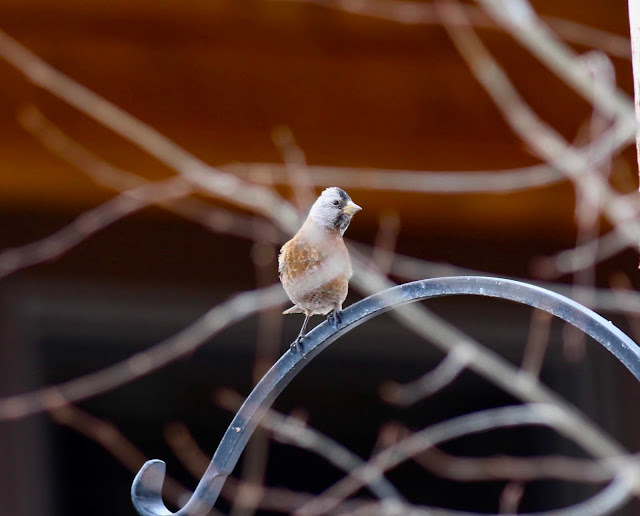 This is the Hepburn's subspecies which has gray cheeks. 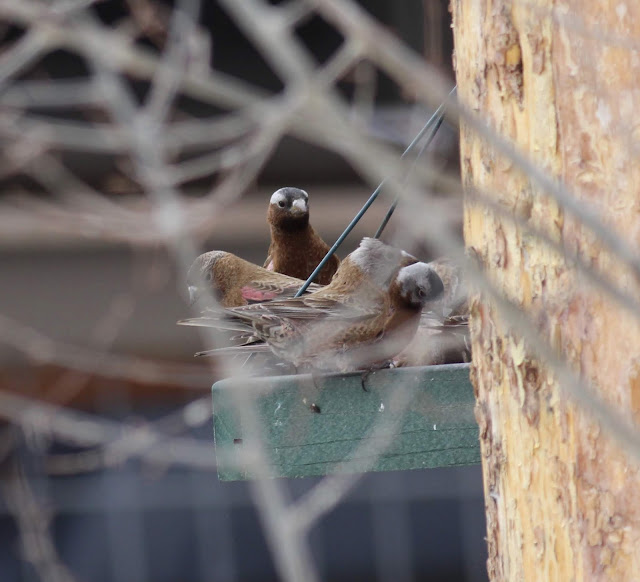 The more typical Gray-crowned has gray crowns without the gray cheeks.  The Brown-capped also can look similar but does not have such clear delineation of the crown and black forehead.

I am looking forward to getting a shot at Black Rosy-finch which will probably be in the Sandia Peaks east of Albuquerque, NM.
Posted by Jamie Adams at 3:26 PM