In 2003, scientists projected that the American sub-species, Rufa, might become extinct as early as 2010.  Thankfully this dire prediction has not come true and I see them quite regularly in NC.  Many think the bird's decline has been due to over-harvesting of Horseshoe Crabs in the Chesapeake Bay.  The Red Knot stops there during migration to fuel up on the crab roe.

This photo was taken on the South end of Wrightsville Beach, an especially confiding individual. 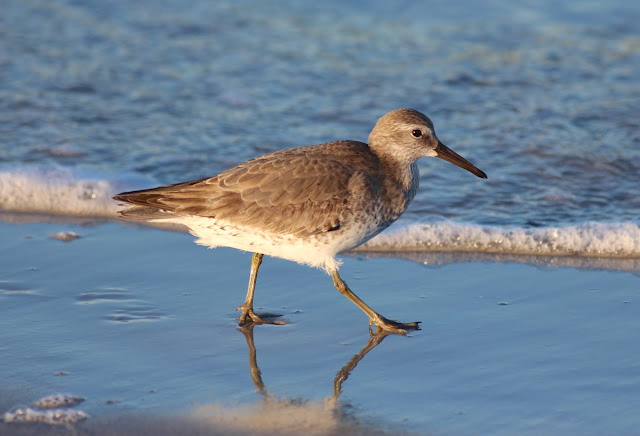 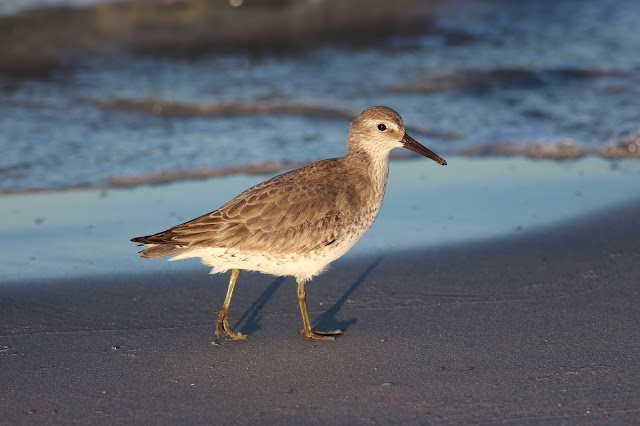 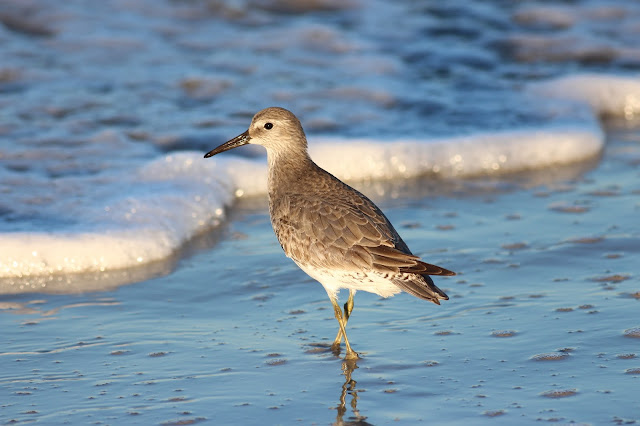