Per Audubon website: "A close relative of the Mallard, the Mottled Duck is the only dabbling duck specialized for nesting in southern marshes, far to the south of most of its relatives. Unlike most waterfowl, Mottled Ducks are almost never seen in large flocks, generally traveling in pairs or small groups. A major threat to their survival is the release of numerous pet Mallards in Florida and elsewhere in southeast; these feral birds interbreed with Mottled Ducks, diluting the wild population of the latter."

Here is one from the Lower Rio Grande Valley at South Padre Island in Oct 2017. 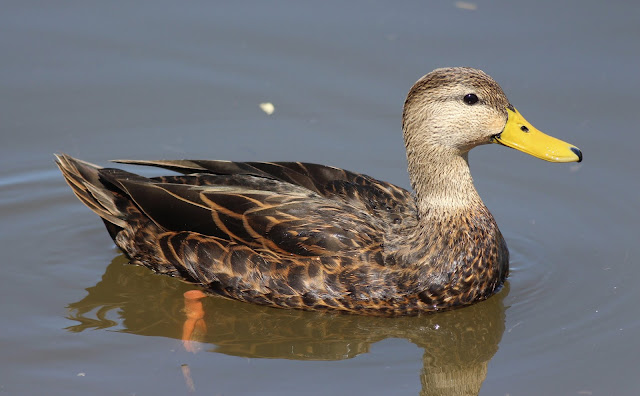 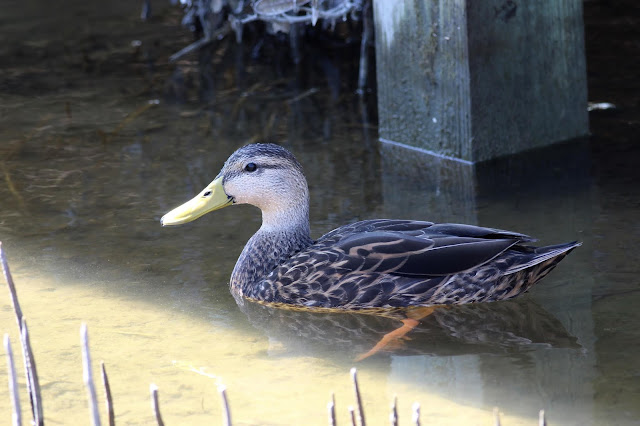 This particular bird was found in the marsh by itself at Fort Fisher Spit. 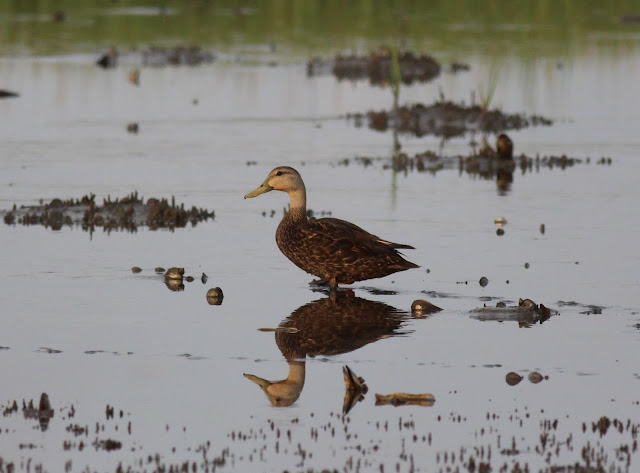 Buffy face and markings on body, lack of white tail feathers, clean unmarked bill and spot on gape all point to Mottled Duck with no evidence of hybridization. 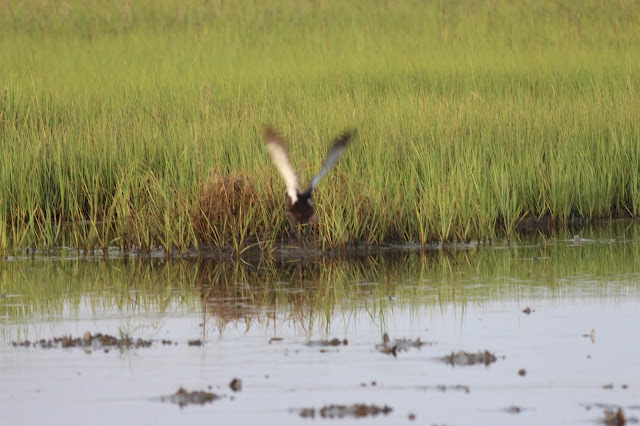 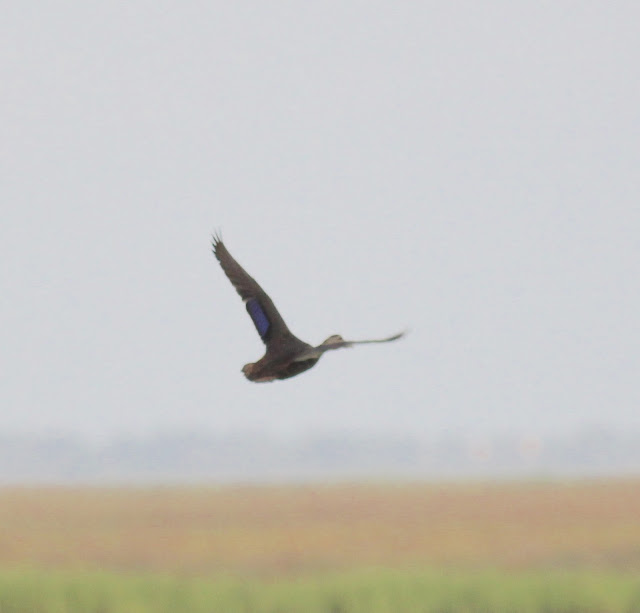