Ahhhhh.... so nice to be in a place where almost everything is new!  My flight arrived a little after noon in Barranquilla, Colombia and I was picked up by Virgilio our driver extraordinaire to join the group at the hotel.  I had about 15 minutes to get settled and then we were off for an afternoon session at the local University grounds where the group had birded the previous afternoon. 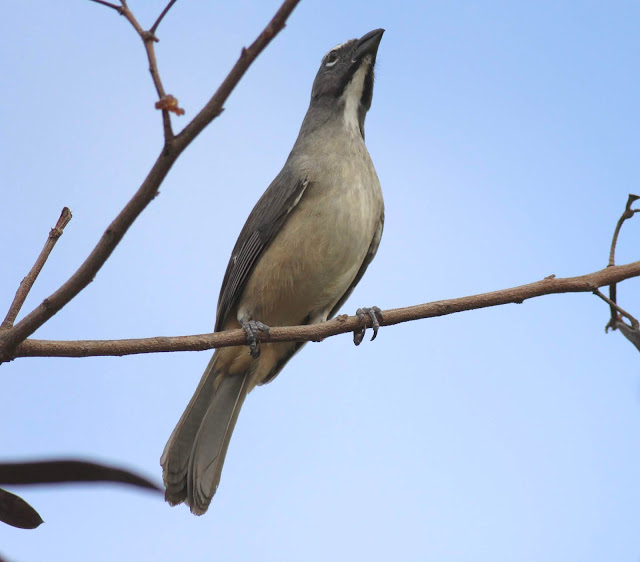 Grayish Saltators turned out to be a common bird most of the trip. 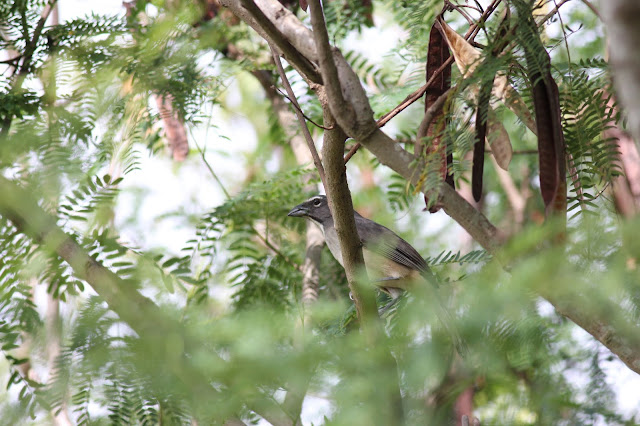 But I didn't know that so I snapped a bunch of pics. 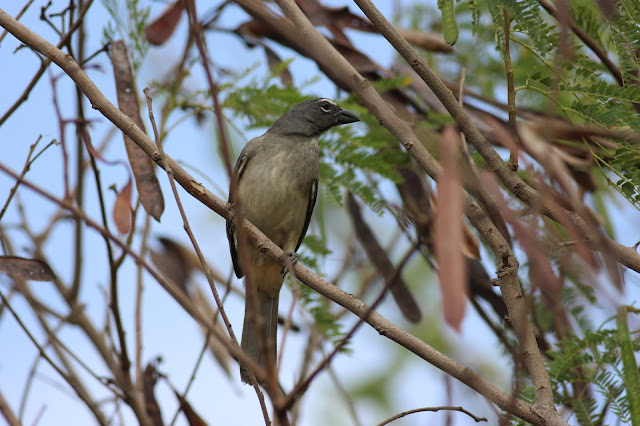 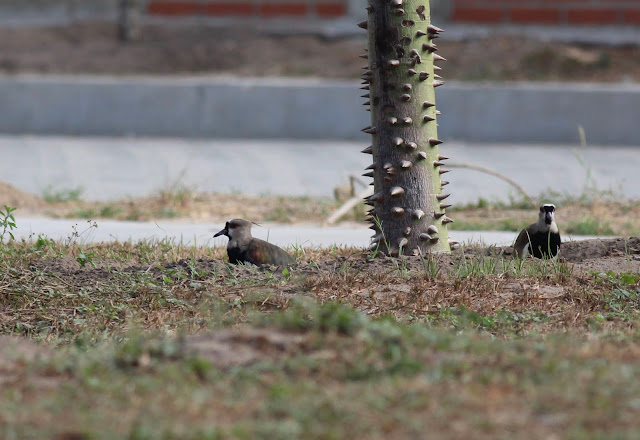 Southern Lapwings blew my mind but everyone else acted like they were a trash bird.  The rest of the group had already been in Colombia for over a week so I was able to understand which birds were common by observing the group's attentiveness. 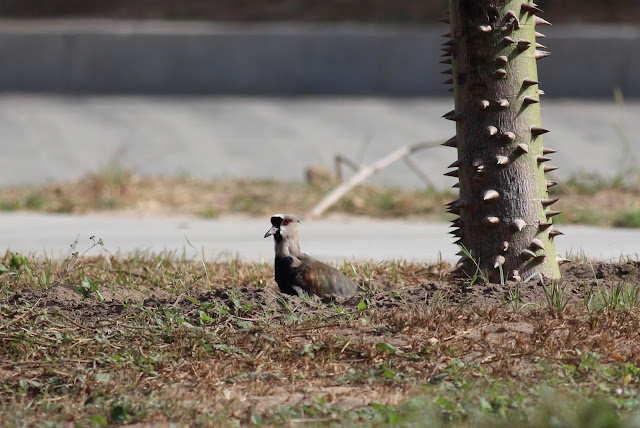 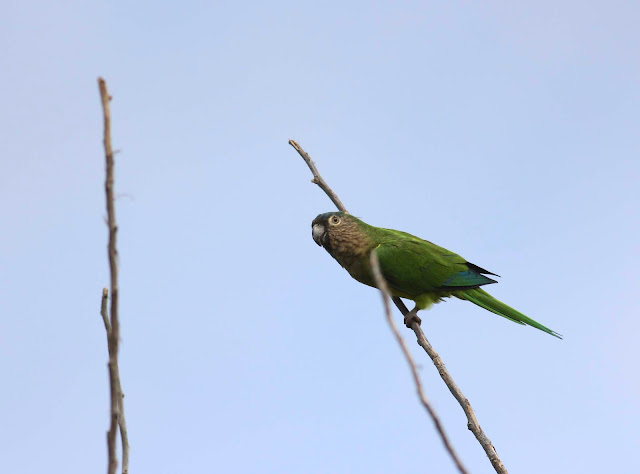 Brown-throated Parakeets were the default parakeet the whole trip at lower elevations. 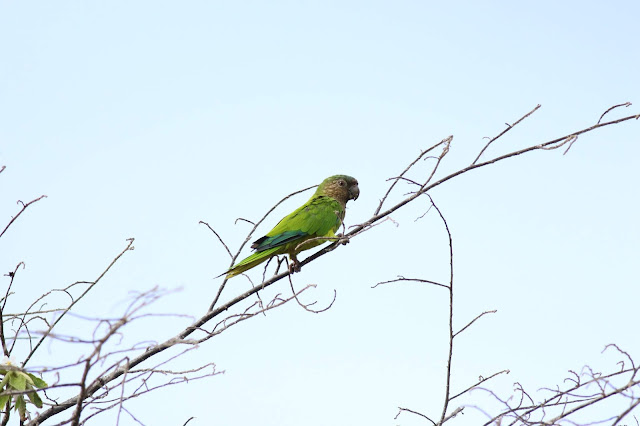 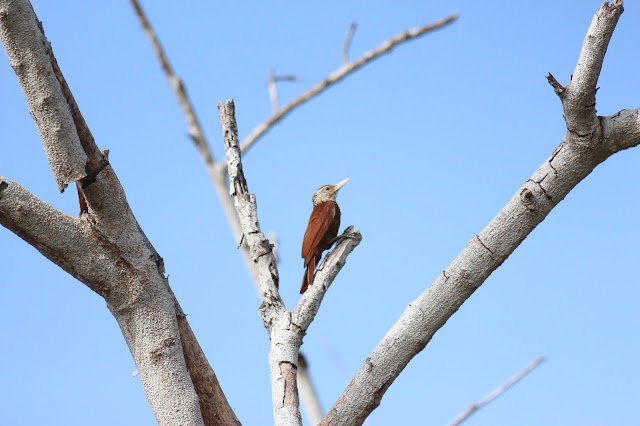 Straight-billed Woodcreepers also turned out to be the most common Woodcreeper for the trip. 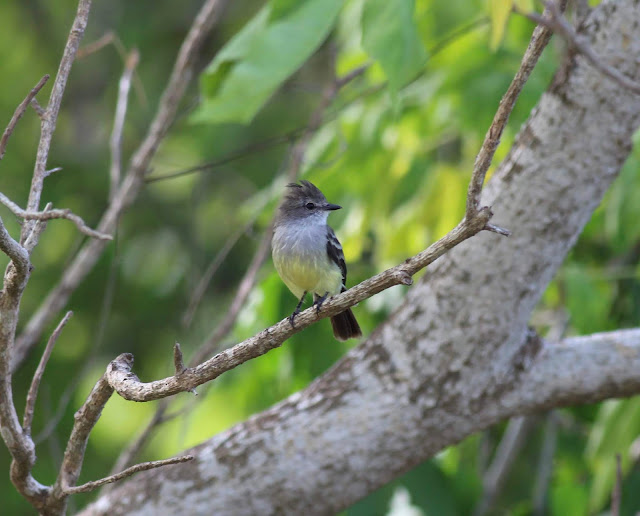 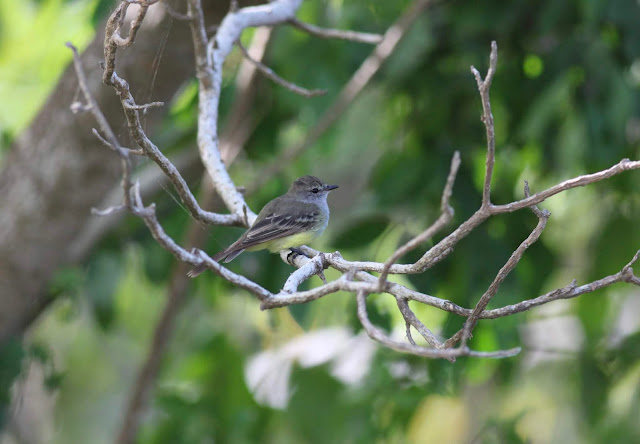 Same bird with the crest down. 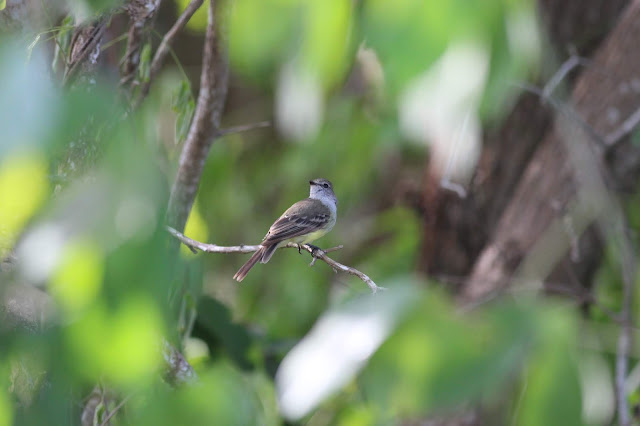 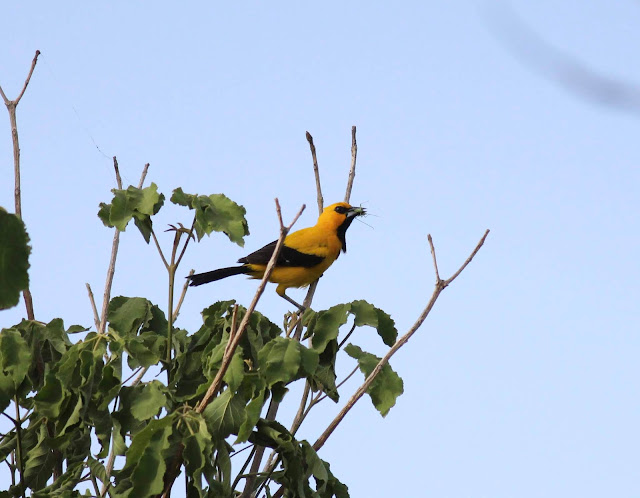 Yellow Orioles were also the default Oriole.  This particular bird initially threw us off because the white in the tertials were not showing well but you can just see a hint there on the wing.  The facial mask and throat patch also is quite restricted on this species. 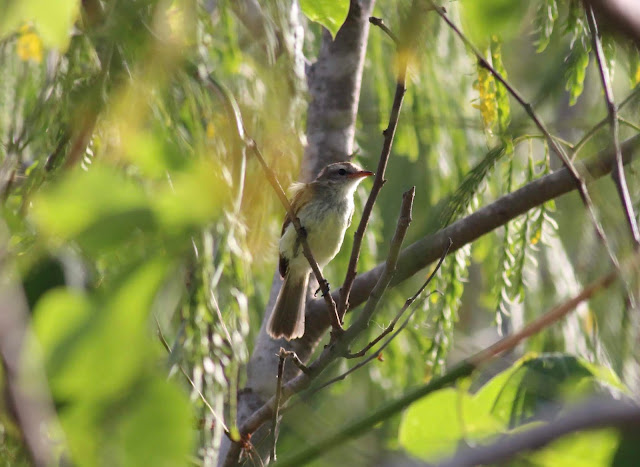 We had our only Mouse-colored Tyrannulets of the trip at this spot. 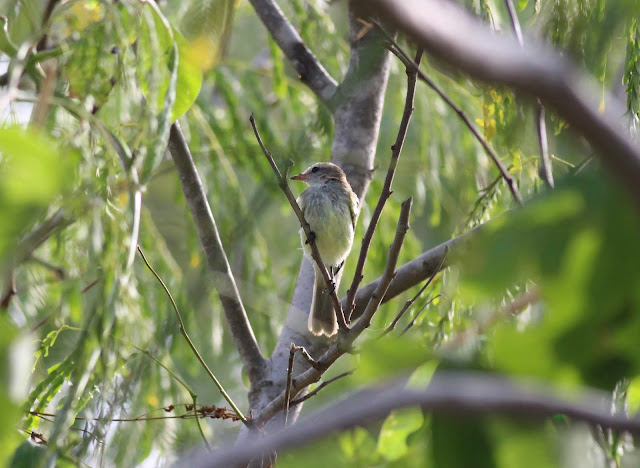 A quick fly-by from a Crane Hawk caused a commotion and turned out to be one of the handful of raptor sightings for the whole trip.  If you look closely you can see a mouse or something dangling under the hawk's tail. 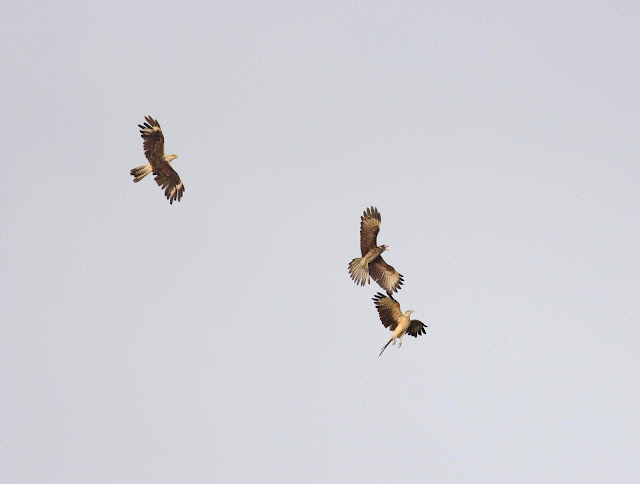 Yellow-headed Caracaras were abundant but I was in awe. 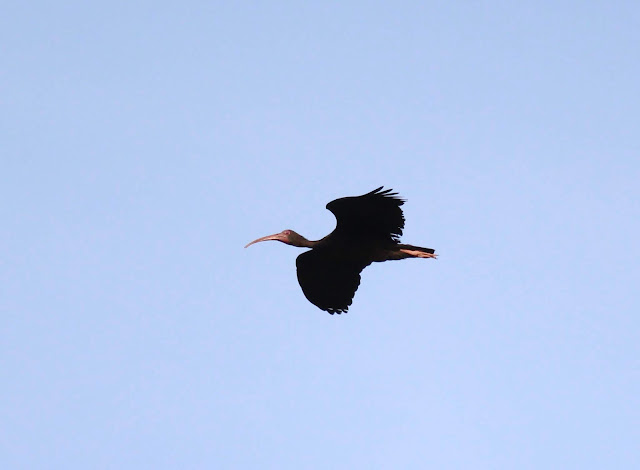 Bare-faced Ibis was also a new species for me. 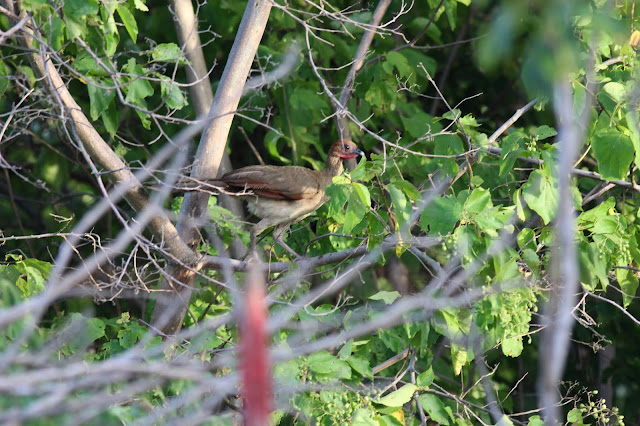 The specialty bird for this spot is the Chestnut-winged Chachalaca which we heard plenty of but had only a few fleeting glimpses.  I managed this poor record shot of the key field mark (chestnut on wing). 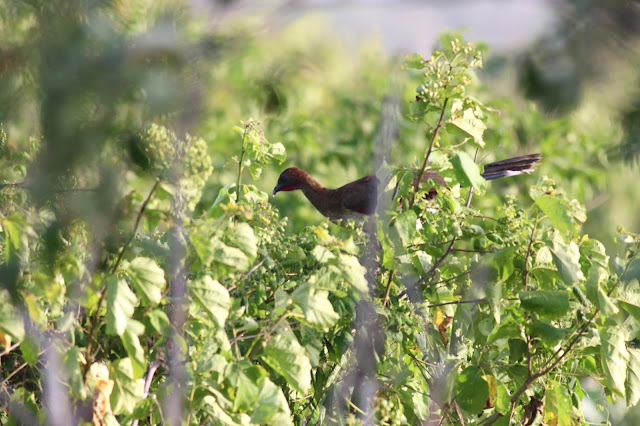 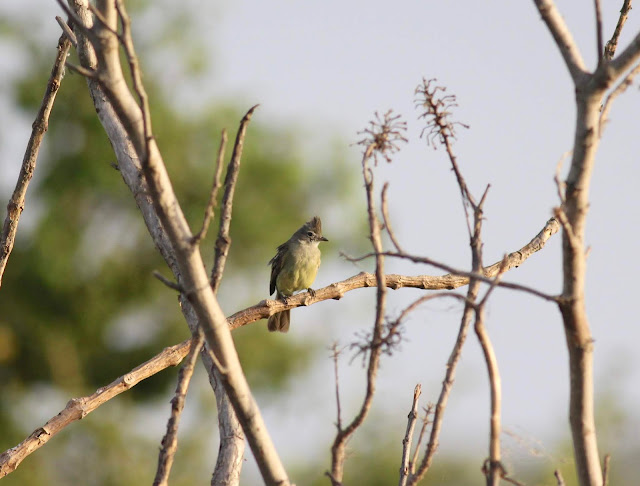 I had seen Yellow-bellied Elaenias in Mexico previously but this one was much more obliging. 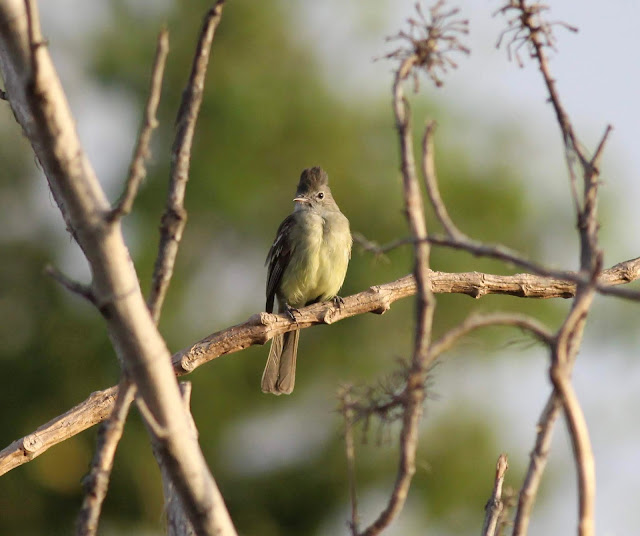 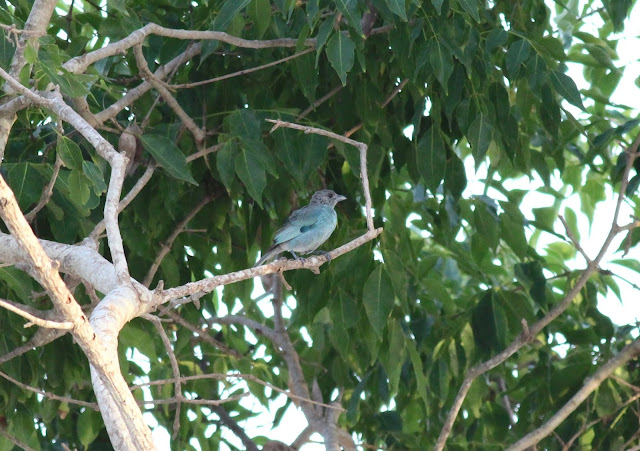 The Glaucous Tanager is similar to the Blue-gray Tanager but has a more gray colored head and is much more restricted in range.  Many of the specialty birds we saw were termed "near endemic" because they can be found only in eastern Colombia and western Venezuela.  However with the situation the way it is in Venezuela, they might as well be endemic from a practical standpoint. 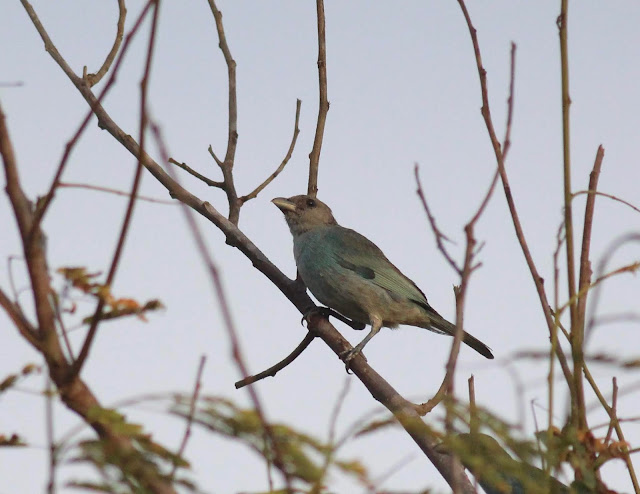 I won't bore you with statements about how many lifers I picked up at each spot, but needless to say I was racking up the lifers every time we stopped.

That night we enjoyed an excellent dinner at a Cuban themed restaurant.  I have to say that Otus Asio tours did not skimp on food and we had very good quality food throughout the trip.  The trip leader was excellent at finding birds and kept us on schedule without feeling rushed.  This was only my second organized tour (after Cuba) as I usually favor going on trips with my family and finding birds on my own.  Admittedly the tours find many more birds, but I always feel a bit like I am cheating by relying on the guides to ID and find the birds.  Some locations you really should have a guide for safety reasons and I thought Colombia was one of those places.  However, I have to say after spending 9 days in Colombia, I never felt unsafe and I think doing a solo trip there would probably be ok especially if you hire a driver.  Finding the specialty birds would be tough as some of them are very restricted in location and require a good ear.