Well folks, we have all kinds of good birds to chase in NC but I have just been so busy and not motivated enough to go.  I know I will end the year with less species than last year so it's hard to get me going at this point.  That being said, when someone calls me with something good nearby you can bet I will be there.

Birds in NC right now:
1. Rough-legged Hawk up on the TN/VA/NC border.
2. Short-eared Owls - I have one for the year already but these are special because they have been seen in daylight up in the same spot as the Rough-legged and also on Hooper Lane.
3. King Eider - this female being seen at Bonner Bridge would be a state bird for me...
4. Long-billed Curlews - multiple sightings in Carteret County.
5. Red-necked Grebes
6. Black-legged Kittiwake up on Lake Hickory - would be a state bird.
7. Bell's Vireo at Warren Wilson.

I hope some of these stick around into the new year because you know I will start the whole thing all over again.  Throw in a Broad-billed Hummingbird and it would be a great start. 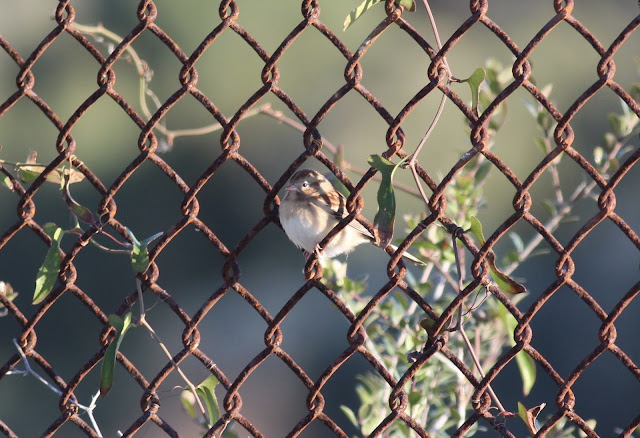 Somehow I didn't have Field Sparrow for New Hanover this year yet so I snapped this one at Fort Fisher a couple days ago. 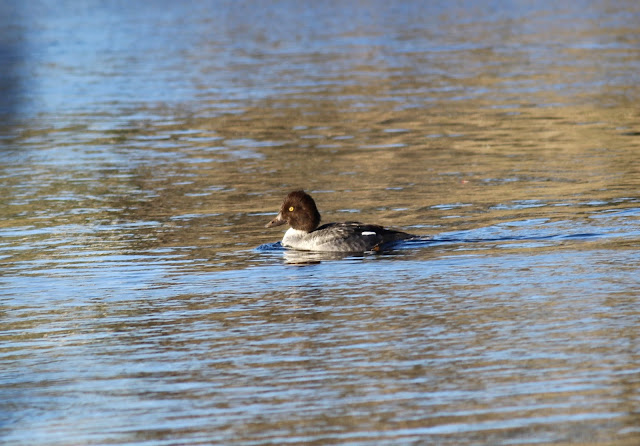 The Common Goldeneye is back at the Fort Fisher Aquarium pond. 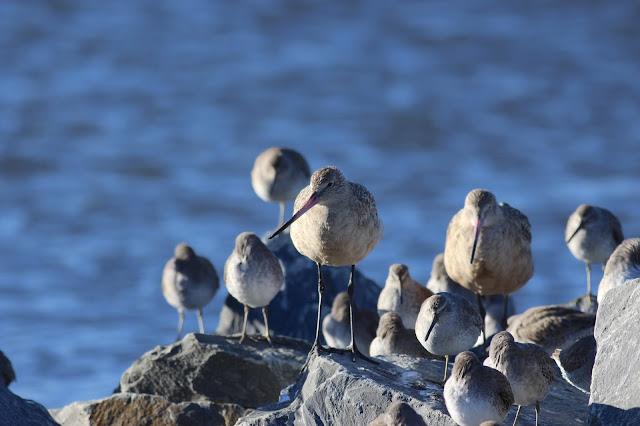 I keep checking the godwits at Federal Rocks hoping for a late Hudsonian but so far no luck.  Can you believe it would be a lifer for me?  Probably would be my nemesis bird at this point. 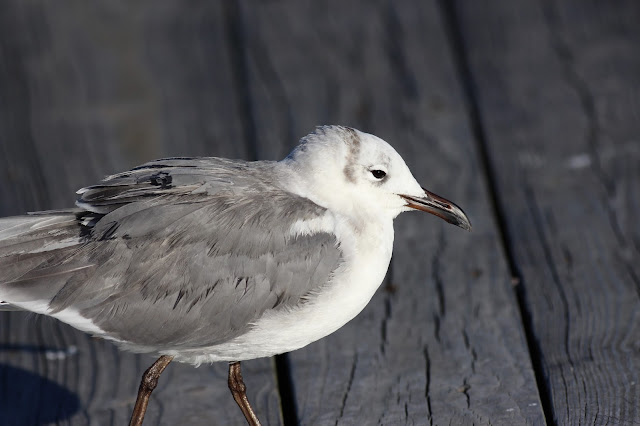 This Laughing Gull had a neat line on his head. 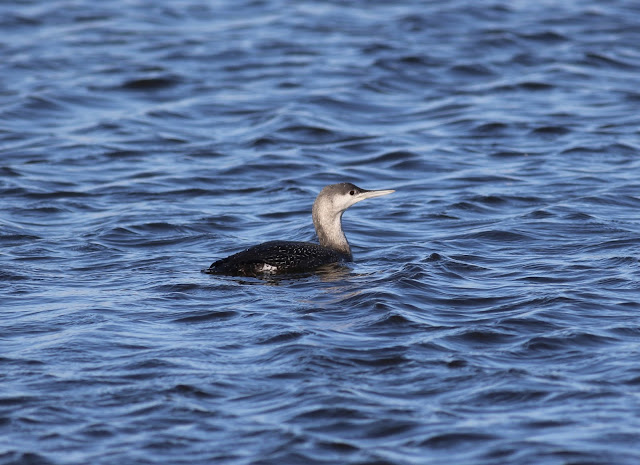 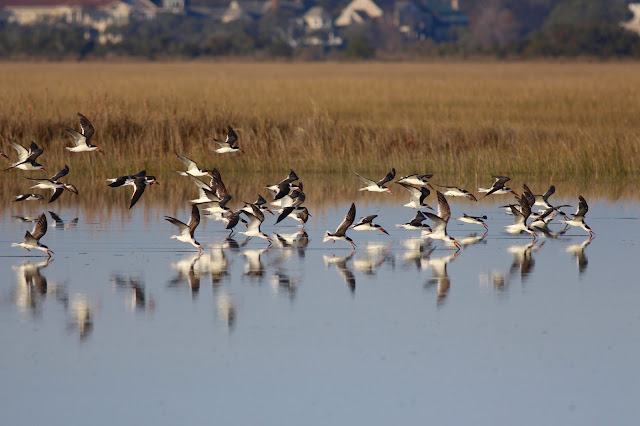 I was battling with the legion of leaf blowers at Airlie Gardens this morning when Sam C called and informed me that Mark J had a Scissortail Flycatcher at Fort Fisher.  I had very little time because my oldest boy had a soccer game but luckily the bird was obliging... 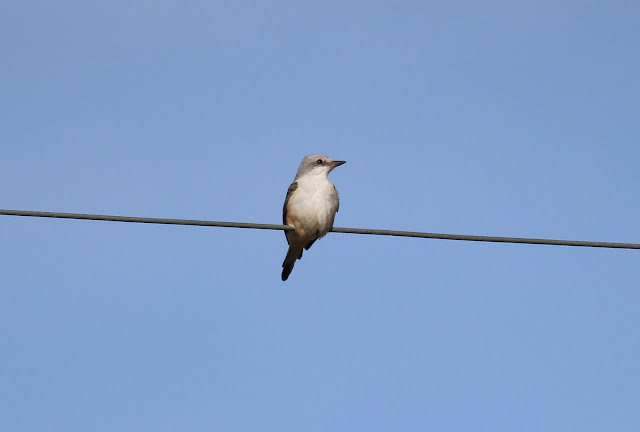 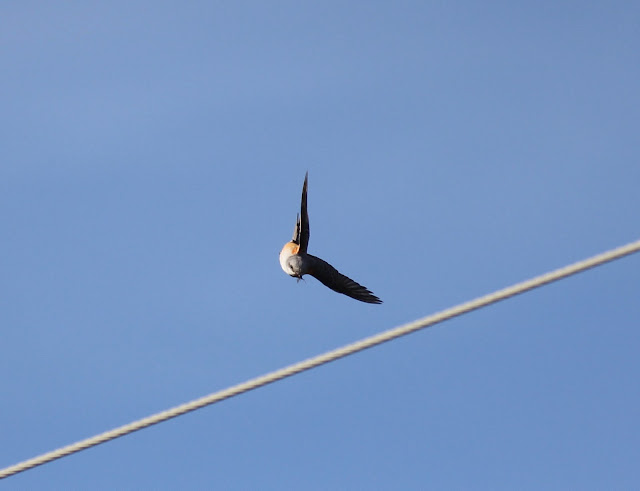 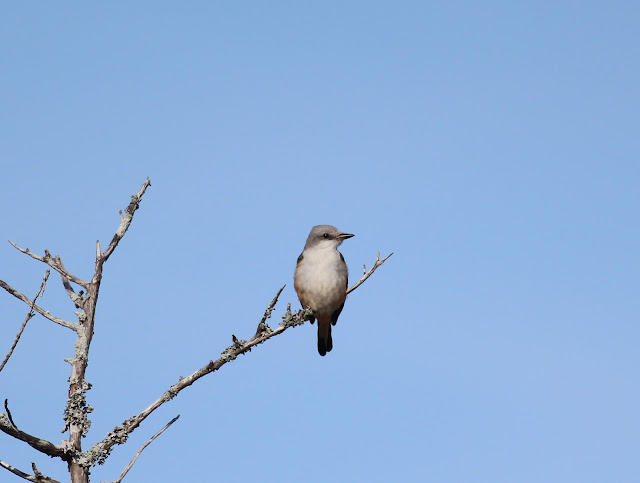 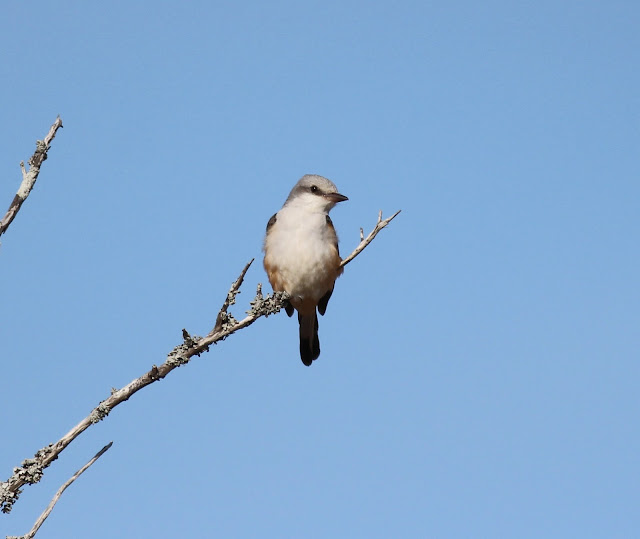 I would have liked to stay and crush him in flight but soccer dads are always on the move. 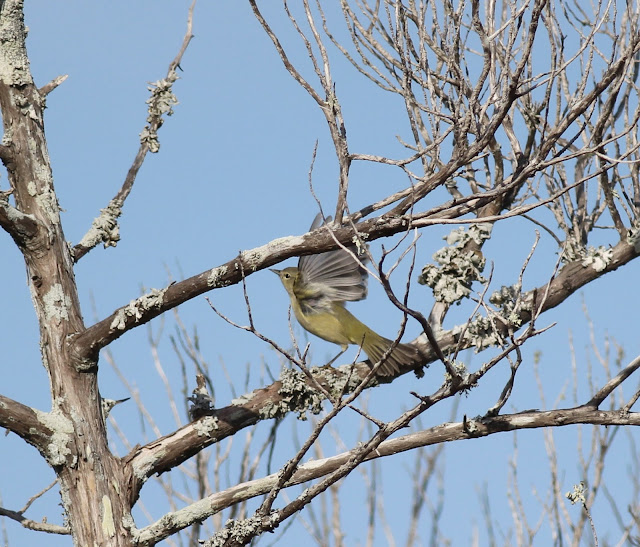 This Orange-crowned Warbler landed in the same tree as the Scissortail. 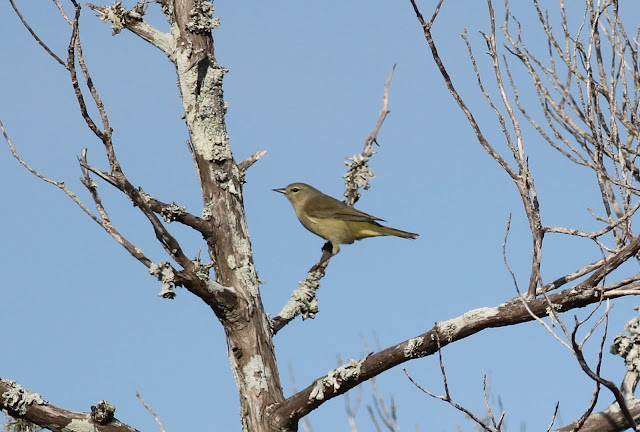 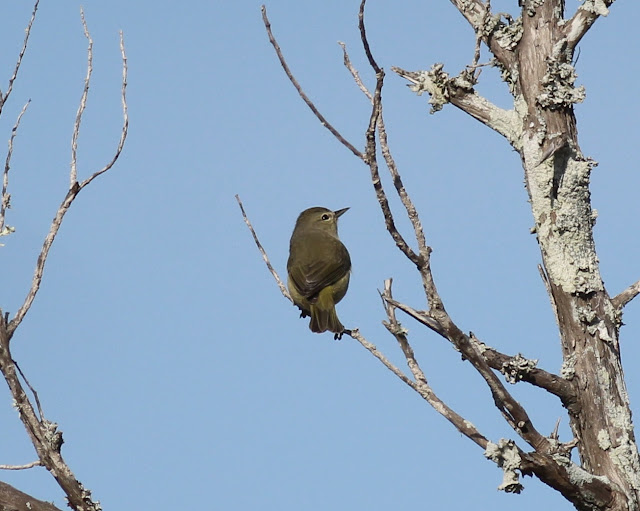 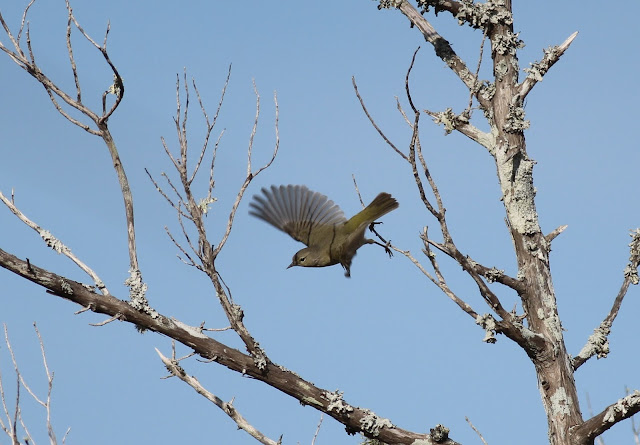 I am now sitting at the airport waiting to fly to NY with my youngest son for a week of Thanksgiving with my parents on Long Island.  Melissa and Luke have two more games in the tournament and then will join us tomorrow.  I plan on getting some goodies up in New York.  Maybe a Northern Shrike!  A long overdue lifer.

Cheers and Happy Thanksgiving!
Posted by Jamie Adams at 2:08 PM