I love a new year!  Everything is fresh and I can begin my love affair with the birds all over again.  I feel as if the Cardinals are no longer ubiquitous and boring.  They are once again new to me and I am watching them with renewed interest.  After flying home on New Year's Eve and driving back to Wilmington from Savannah airport, I made a beeline for Carolina Beach Lake to catch the evening gloaming. 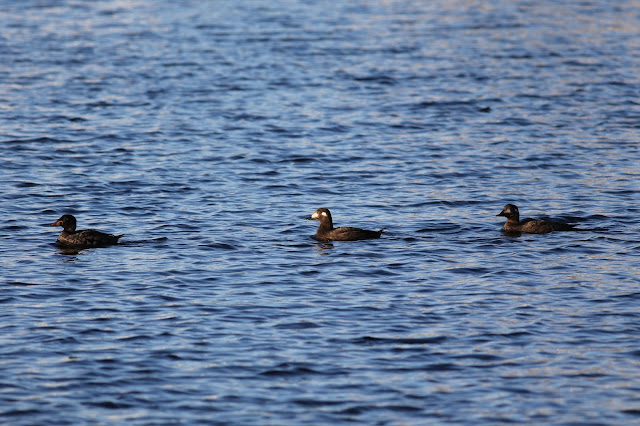 A Surf Scoter (left) and a bunch of White-winged Scoters (middle and right) were on the lake which is a little unusual. 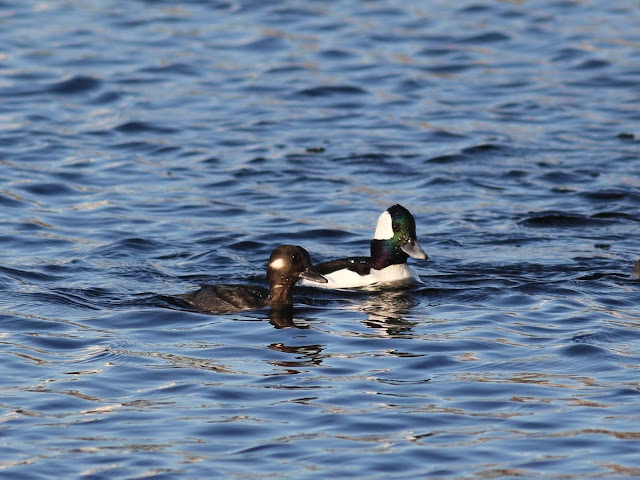 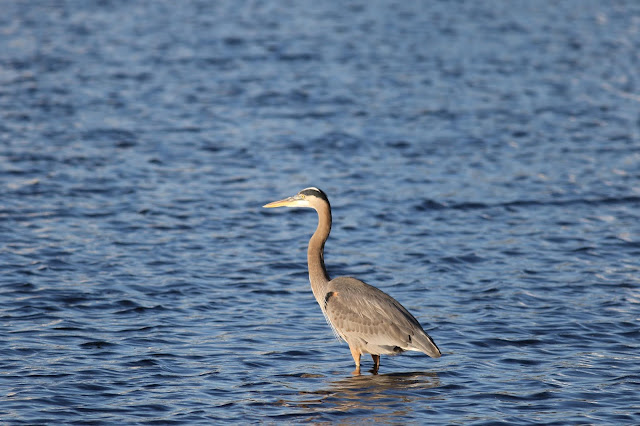 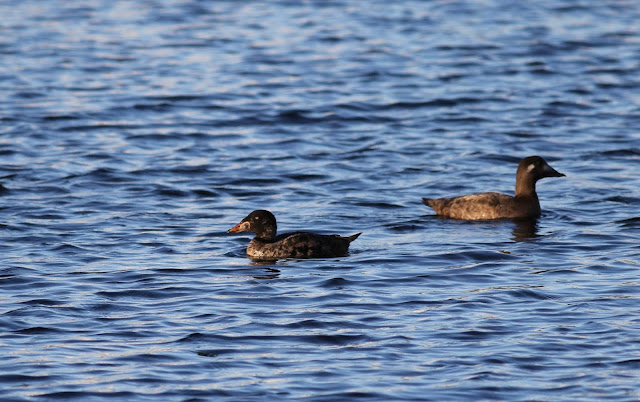 Then this little guy/gal flew in! 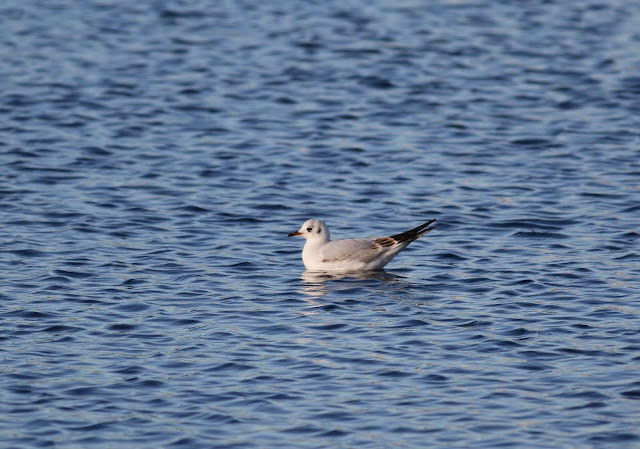 A Black-headed Gull had been found by a local and was being seen for the past week.  I was happy to find it happily floating in the lake. 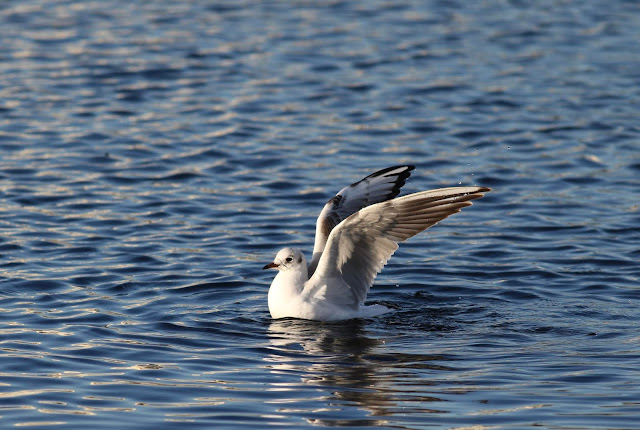 It seems healthy and has been making feeding forays out on the ocean and coming back to rest and preen. 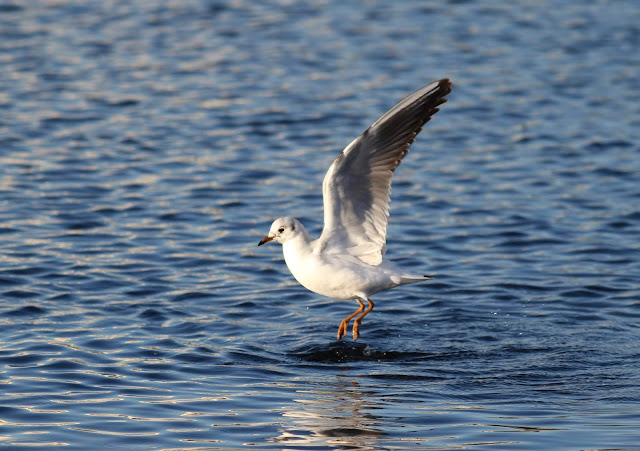 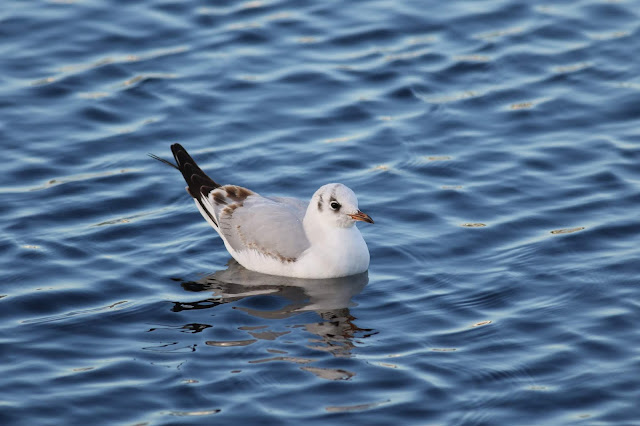 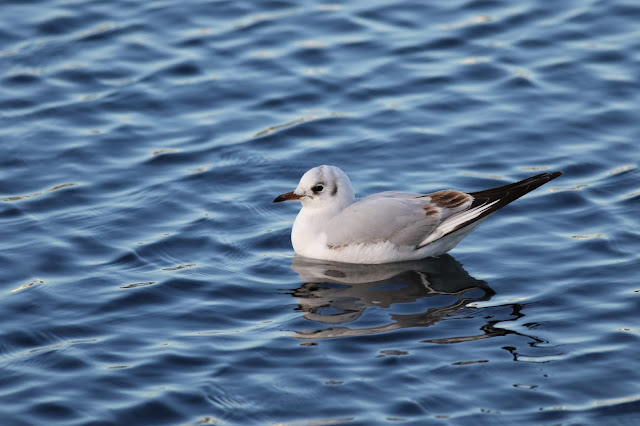 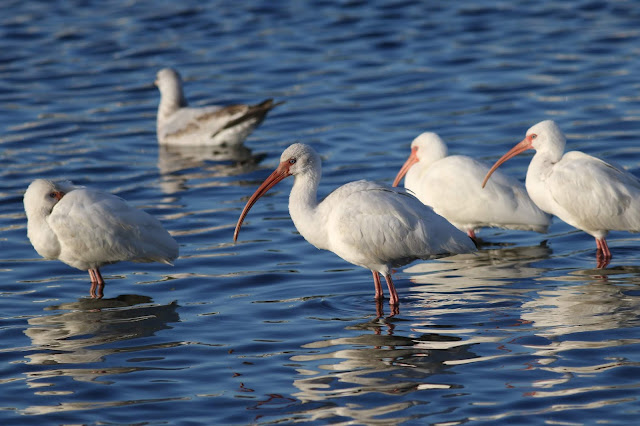 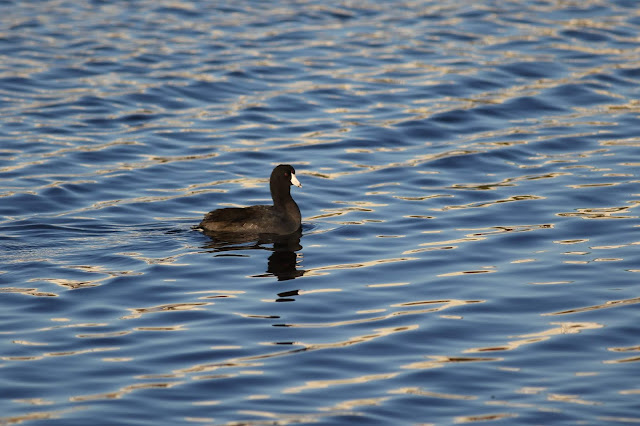 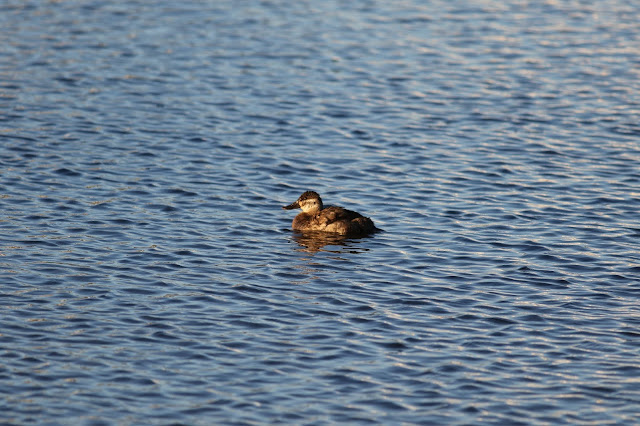 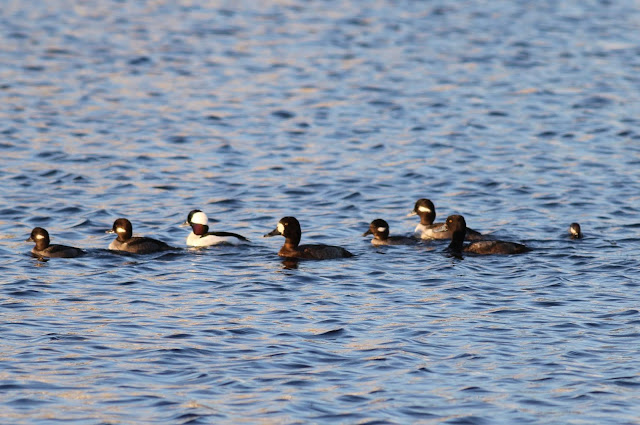 What luck! On day one I have a nice comparison of Lesser and Greater Scaup!  Greater was a female (middle) and Lesser was a male (right) 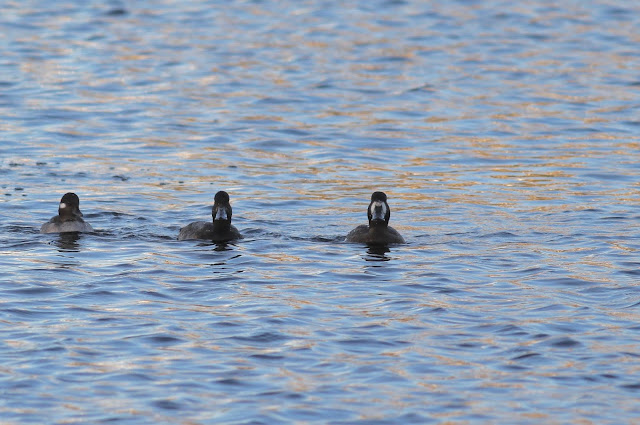 Not the male Lesser has a narrow head and small bill "nail" and the Greater female has a thicker head and greater nail and generally bigger bill. 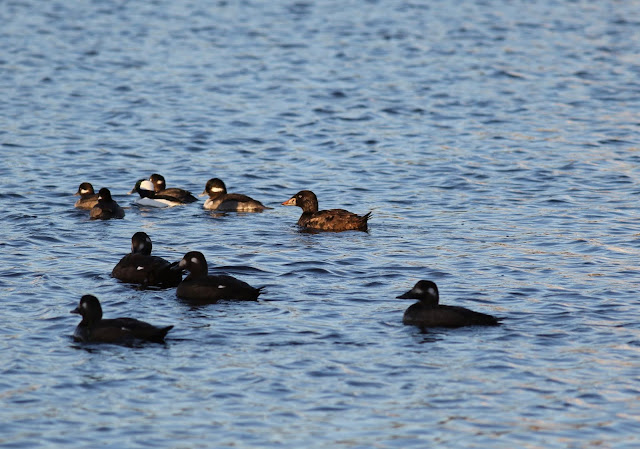 The Surf and WW Scoters were also showing nice comparisons. 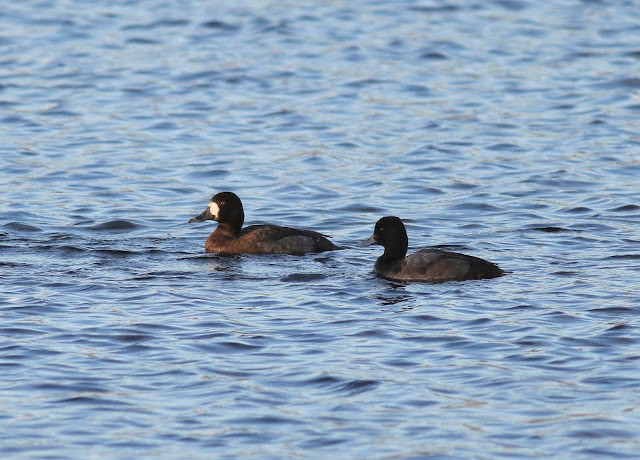 Note the more rounded profile on the Greater (left) and the more peaked profile of the Lesser male (right). 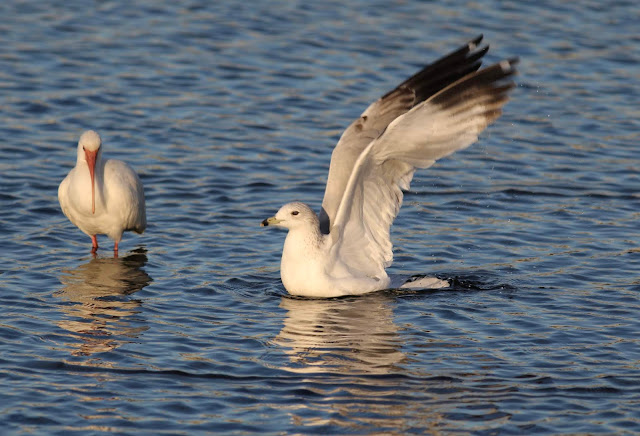 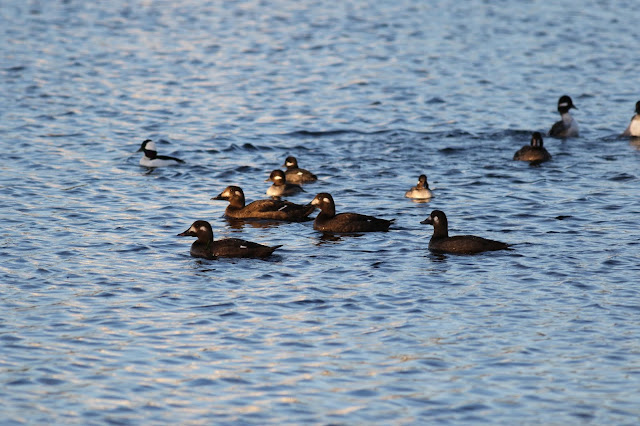 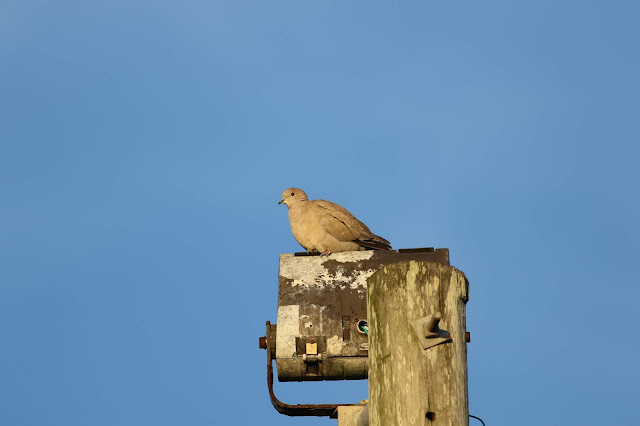 An auspicious start for the year!