Here is a bird that is far reaching and has different morphs and sub-species that I hope will be split in the future.

Per the Cornell website: "North America’s littlest falcon, the American Kestrel packs a predator’s fierce intensity into its small body. It's one of the most colorful of all raptors: the male’s slate-blue head and wings contrast elegantly with his rusty-red back and tail; the female has the same warm reddish on her wings, back, and tail. Hunting for insects and other small prey in open territory, kestrels perch on wires or poles, or hover facing into the wind, flapping and adjusting their long tails to stay in place. Kestrels are declining in parts of their range; you can help them by putting up nest boxes."

Here is one from Arizona: 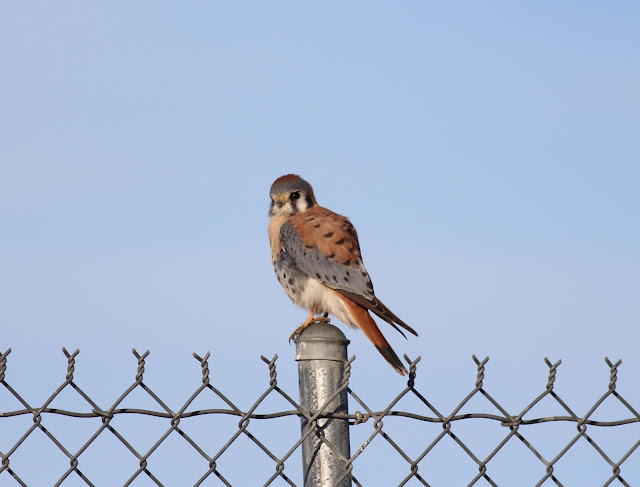 Below is one seen at Alligator NWR in NC: 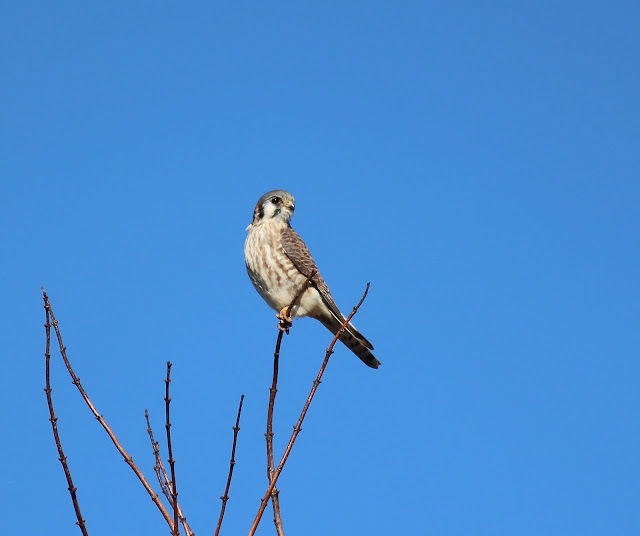 One from the Bahamas: 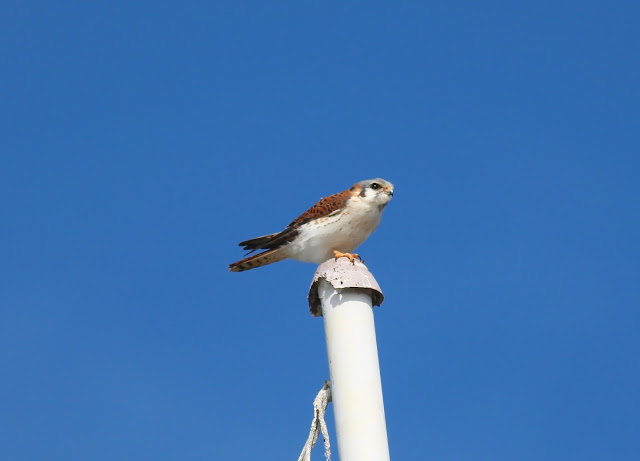 And finally a series of photos for birds that I hope will be split into another species from Cuba: 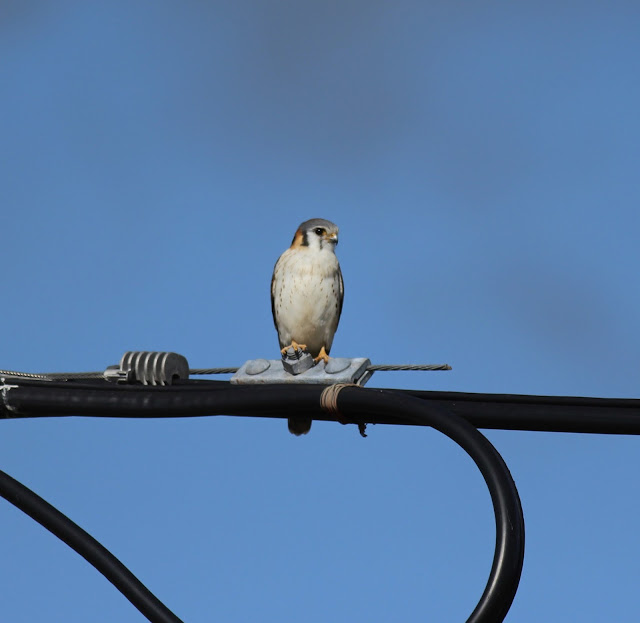 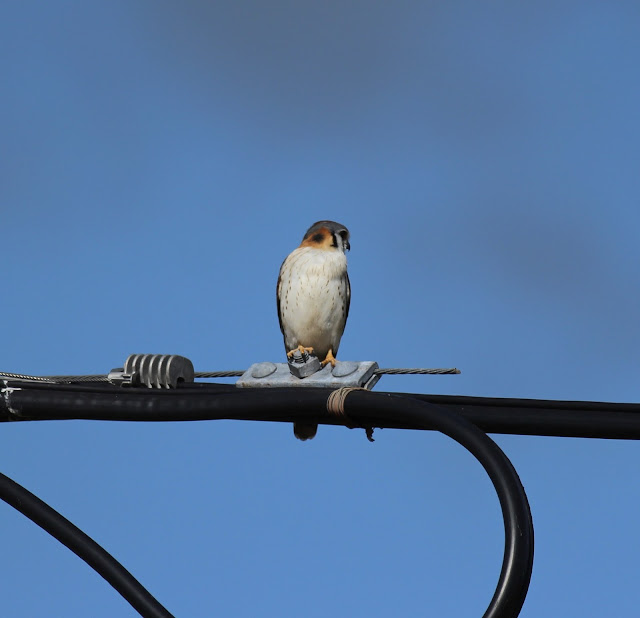 The markings on the back of the head are supposed to mimic an owl's eyes I think. 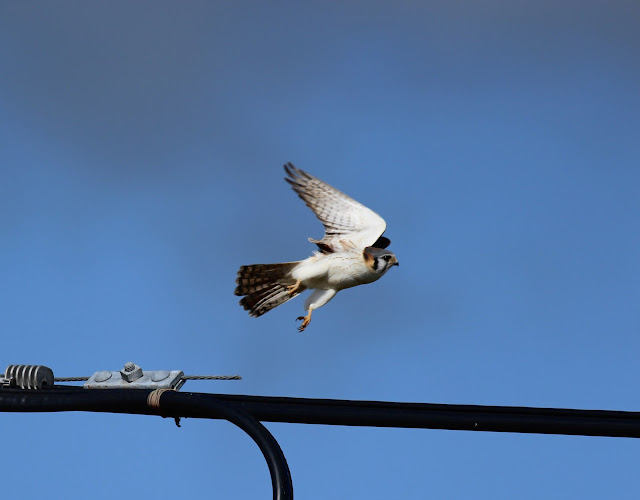 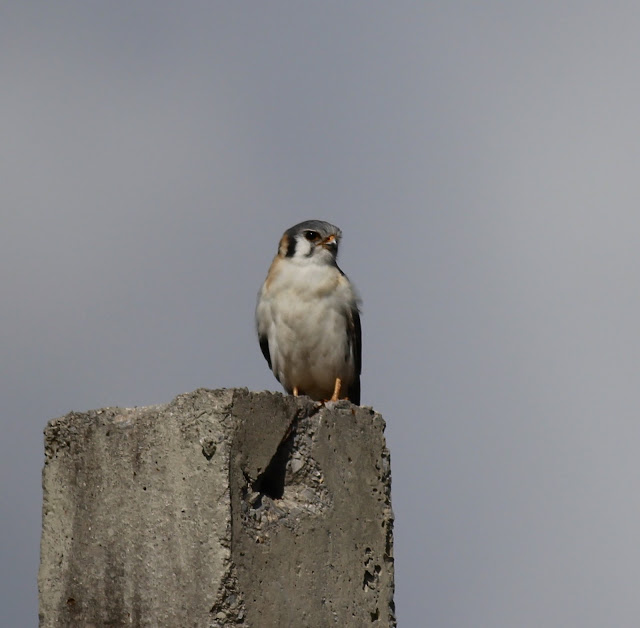 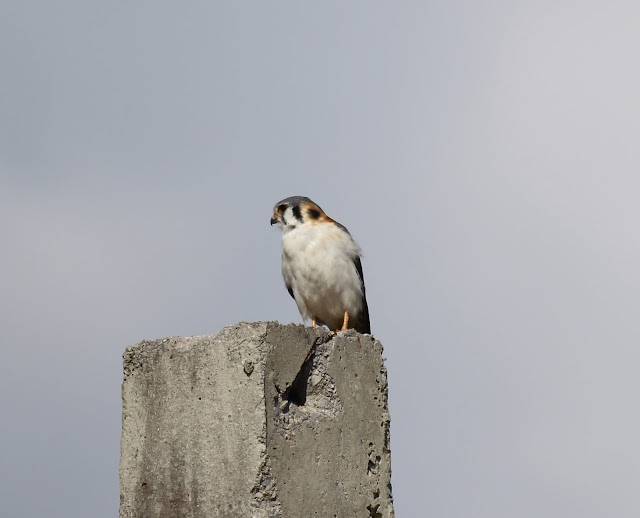