Per the Cornell site: "Bendire's Thrasher is a bird of the deserts of southwestern United States and northwestern Mexico. Unlike other southwestern thrashers, it leaves the northern portion of its breeding range in winter, and wanderers sometimes appear at unexpected locations."

This one was at the famous "Thrasher Spot" west of Phoenix, AZ where you can get all of the Arizona thrashers in one spot.  Note the smaller chevrons on the breast and patterning on the face which distinguishes it from the Curve-billed Thrasher. 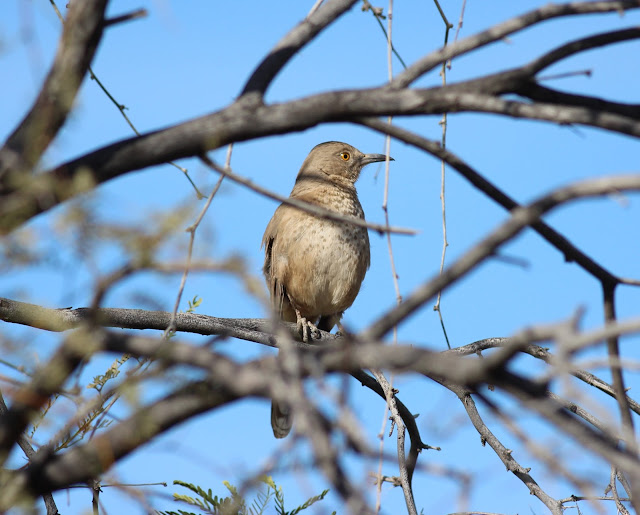 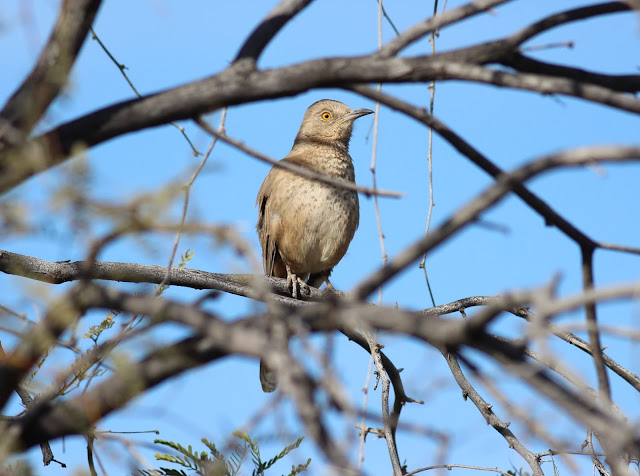