The Lesser Yellowlegs can be tough to distinguish from a Greater but with practice they may be told apart even without a size check against another species.  The main thing to look at is the bill.  The bill on the Lesser is about equal to the width of the head.  On the Greater, the bill is quite a bit longer and frequently has an upturned curve.

This one was photographed at the Fort Fisher athletic fields after a long rain. 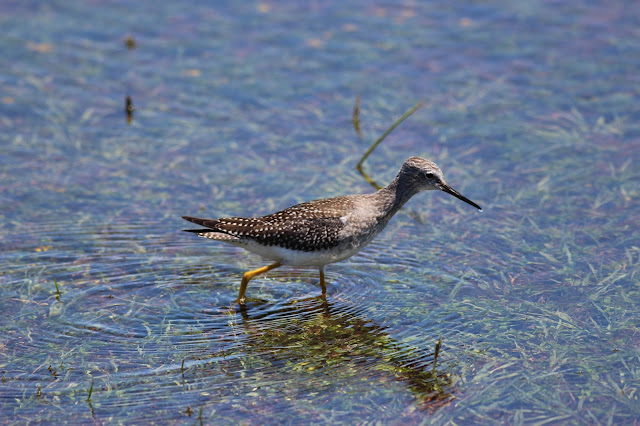 Another mark, look at the flanks.  On a Greater the flanks would be more heavily barred.