Per Cornell: Dark-eyed Juncos are neat, even flashy little sparrows that flit about forest floors of the western mountains and Canada, then flood the rest of North America for winter. They’re easy to recognize by their crisp (though extremely variable) markings and the bright white tail feathers they habitually flash in flight. One of the most abundant forest birds of North America, you’ll see juncos on woodland walks as well as in flocks at your feeders or on the ground beneath them.

Here is one from the Black Canyon of the Gunnison in Colorado: 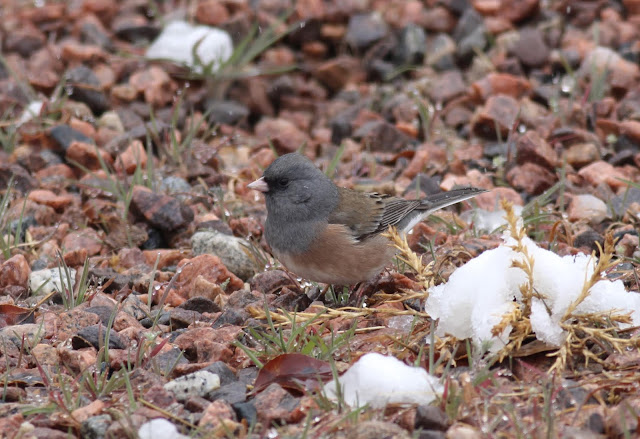 Here is a "western" one from Arizona also known as an Oregon Junco. 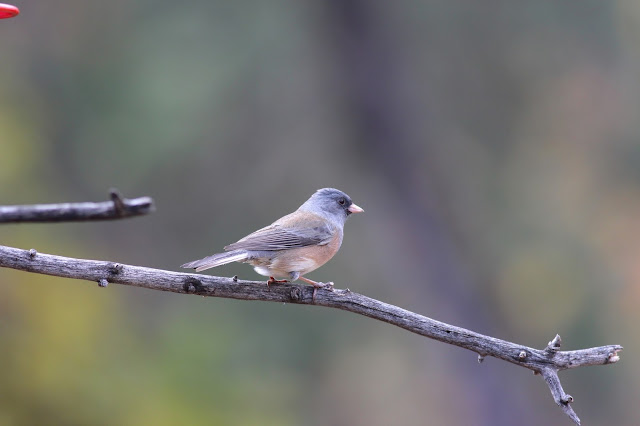 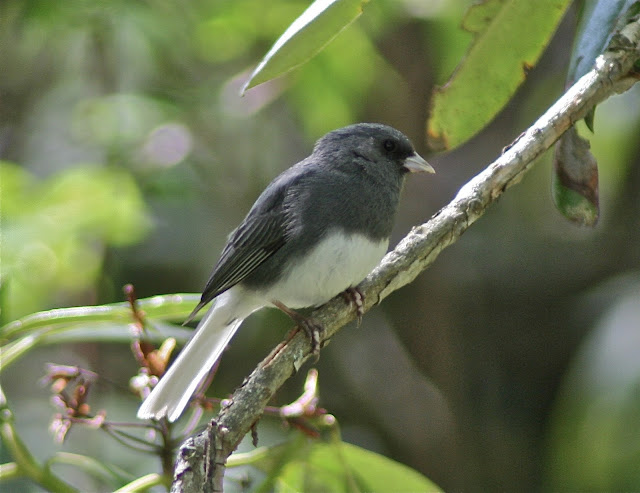 Here is an old pic from the NC mountains when I first started photographing birds in 2013.