Some interesting facts about Redheads from the Cornell website: "In winter much of the Redhead population forms huge flocks in two Gulf of Mexico bays that share a name, the Laguna Madre of Texas and Laguna Madre of Mexico. Flocks numbering up to 60,000 can occur, feeding on seagrass in the bays."

I saw this when I went to the Lower Rio Grande in late October and I could only imagine how huge the flocks were a little later in winter.

That being said we get massive flocks on Pea Island, NC and a few stray birds down here in my neck of the woods.

Here is a male from Carolina Beach Lake in 2017. 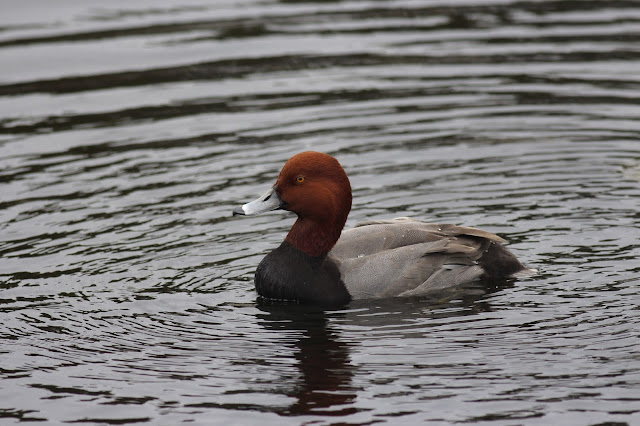 And some females from the same lake in 2015. 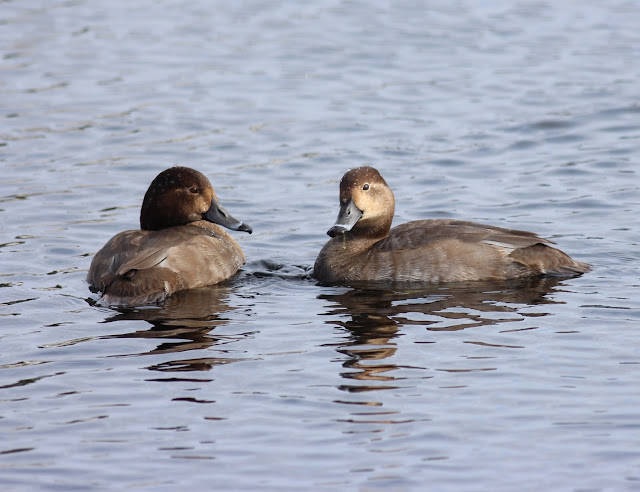 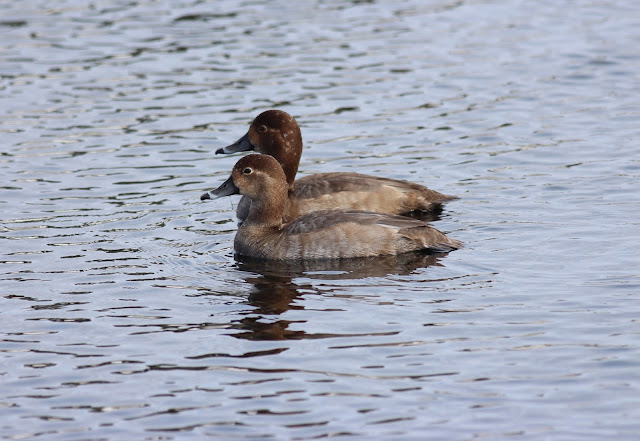