Per the Cornell website: "The king of the Atlantic waterfront, the Great Black-backed Gull is the largest gull in the world, with a powerful build and a domineering attitude. They harry other birds to steal their food and even hunt adult birds such as grebes and puffins. Adults are handsome with broad black wings, gleaming white head, and big yellow bill. North American populations were once severely threatened by the feather trade, but numbers rebounded in the twentieth century and they are now a common East Coast sight."

Here is a picture form a Hatteras pelagic, but we can see them anywhere on the NC coast. 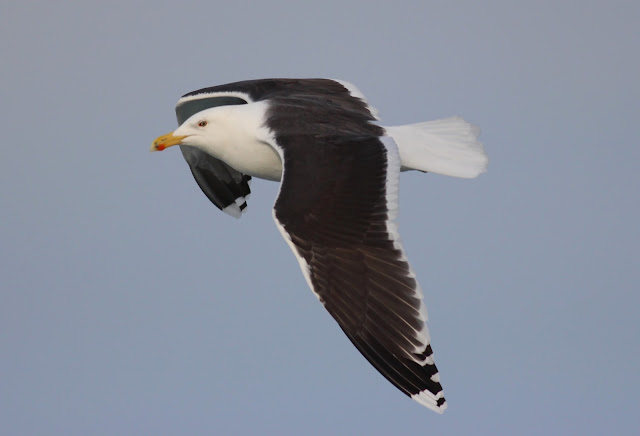