The second half of the day on Cozumel was spent seeing a bit of the island while trying to find my main target of the endemic Cozumel Emerald.  After breakfast we loaded into our cheap rental car and headed east to cross the island, stopping half way across the island to visit the archeological site of San Gervasio.  Upon arrival at the site, we paid our fee and started to walk in only to find out there was a second fee that would let us into the main site.  However, the catch was that they would not allow my camera in.  Something to do about not taking "professional photos" of the ruins without government approval.  I tried to explain that my fixed 400mm lens could not take photos of any ruins anyhow but they would not let me in with the crusher.  I was kind of pissed that they only told me this after I paid the fee at the first gate as I was clearly carrying the camera over my shoulder.  So I decided to let my family go in without me while I birded the entrance area.  I knew we would be seeing much more impressive ruins on the mainland.  It turned out to be a wise move as the wife said the ruins were not too nice and were all roped off taking away from the natural wonder of it all.  The grounds outside of the site were actually great for birds as there was fruit trees probably being planted by the workers. 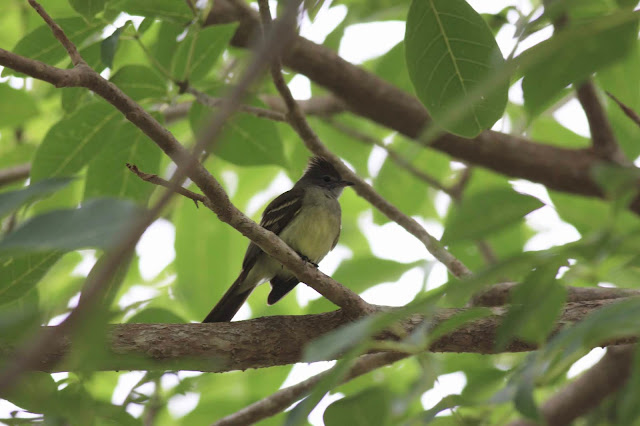 This time the Elaenia I found seemed to be the Yellow-bellied Elaenia. It stayed in the canopy which made getting it in good light tricky. 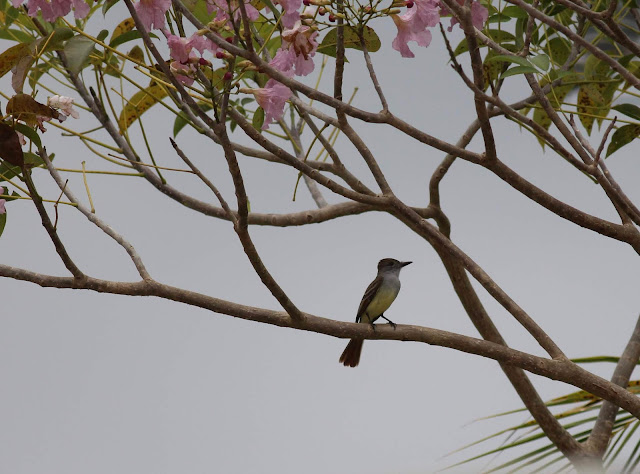 Another of those confounding Myiarchus flycatchers. 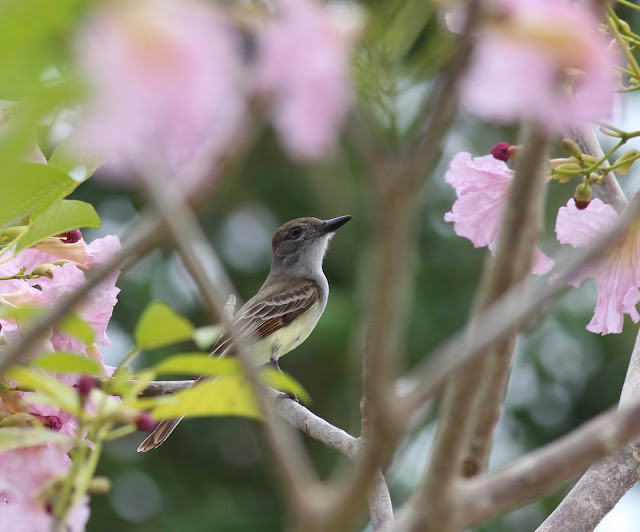 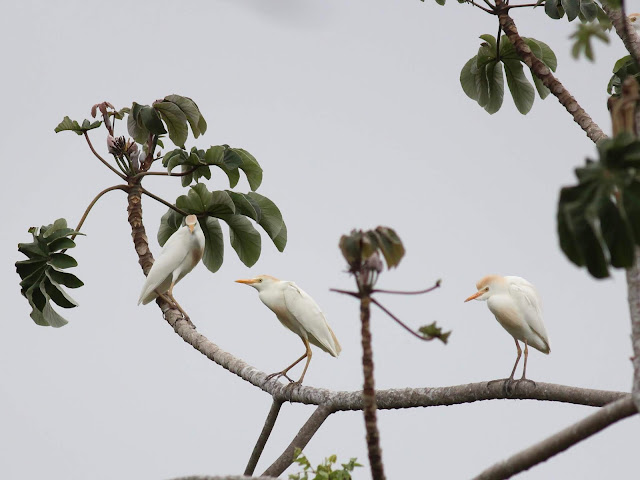 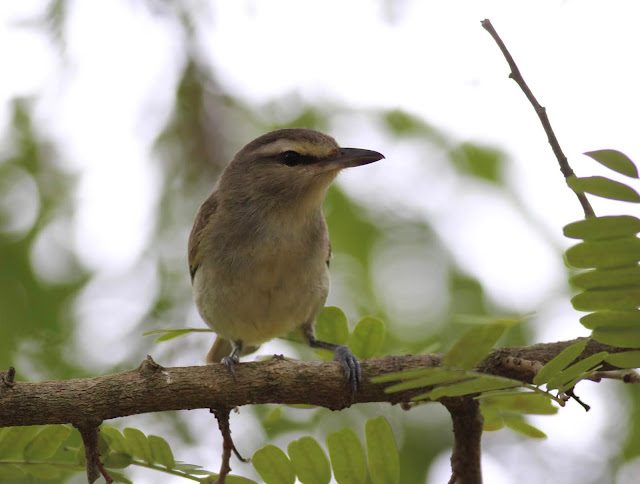 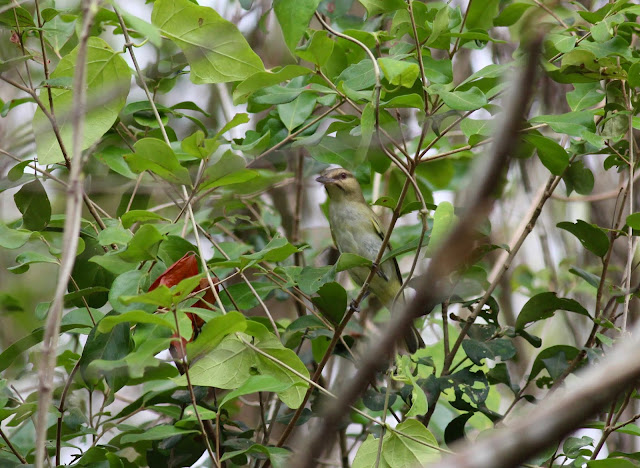 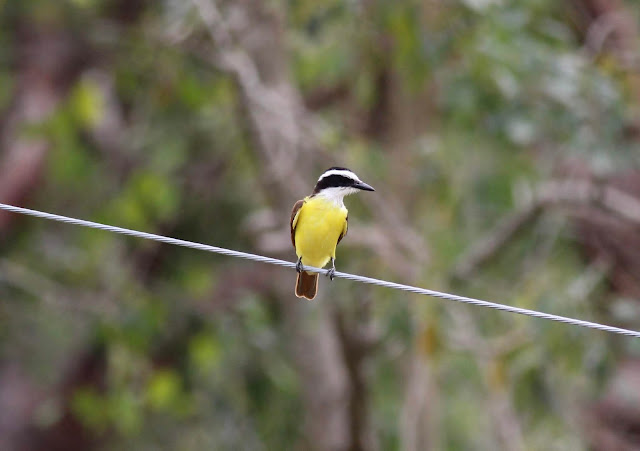 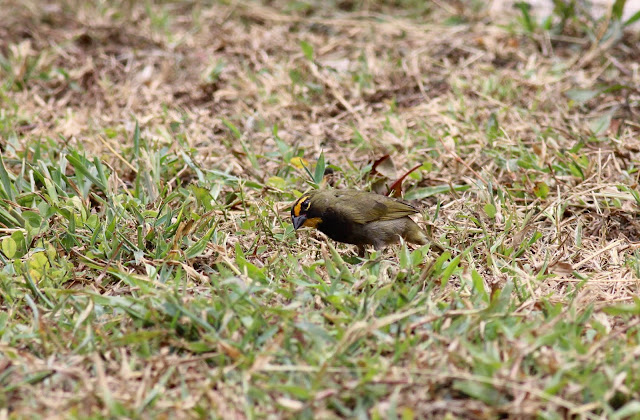 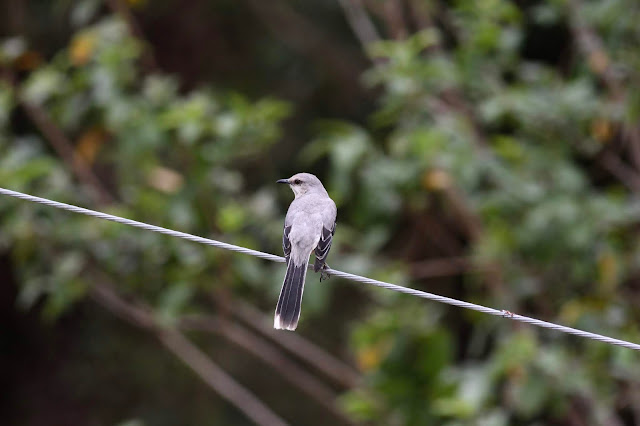 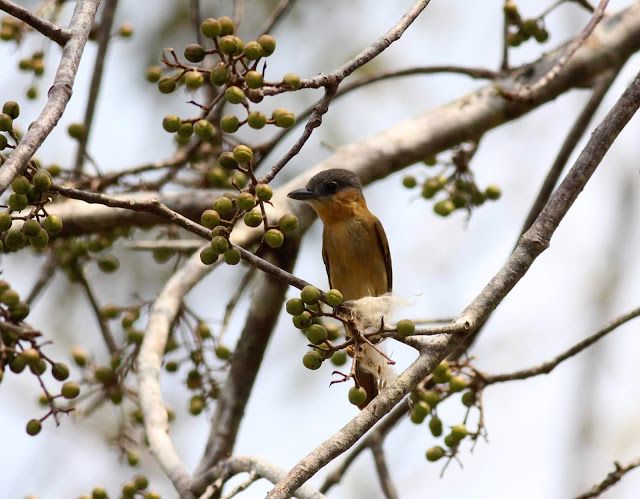 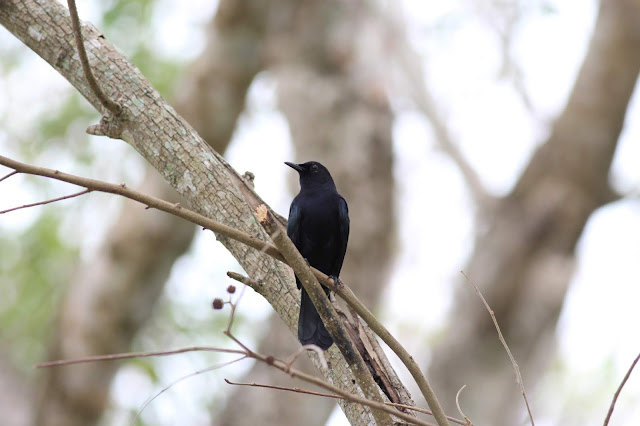 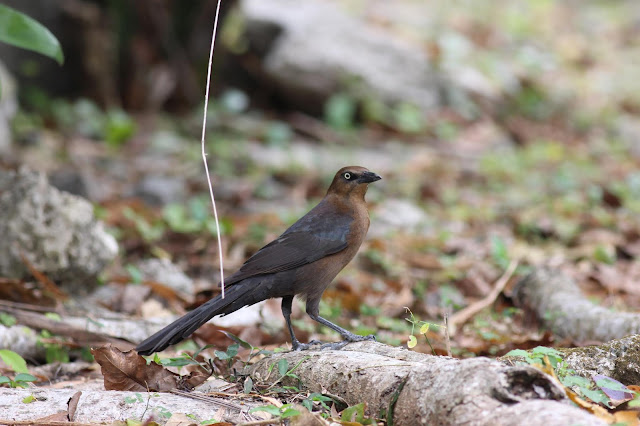 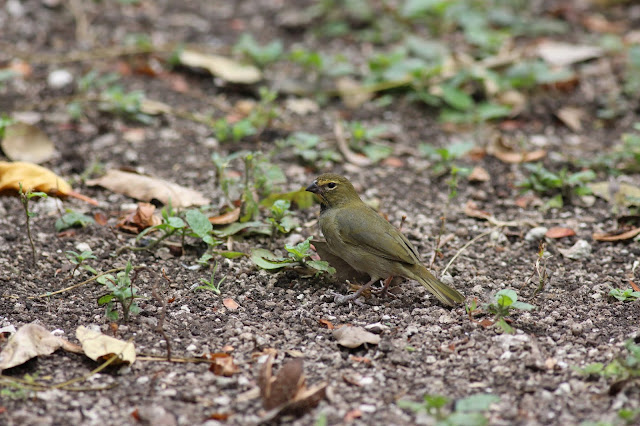 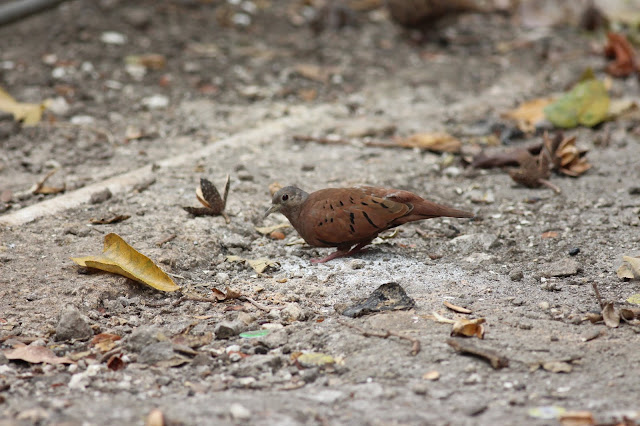 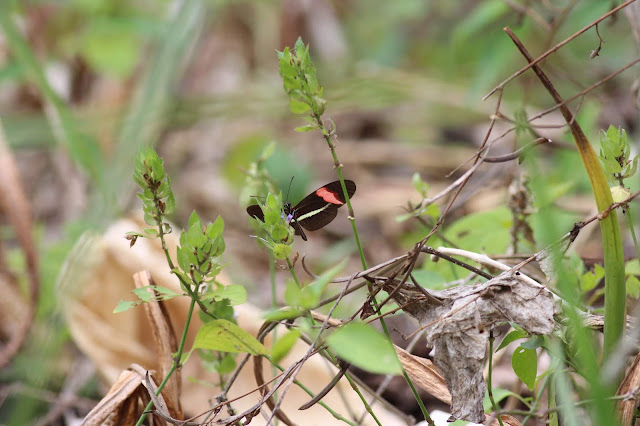 I remember a butterfly like this one in Costa Rica.  A Postman or something.  I will look it up later. 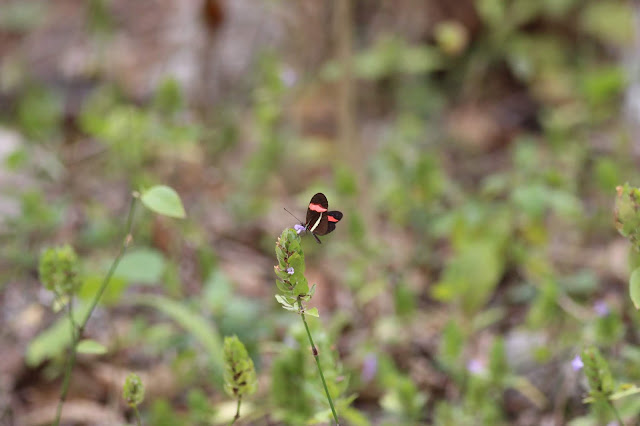 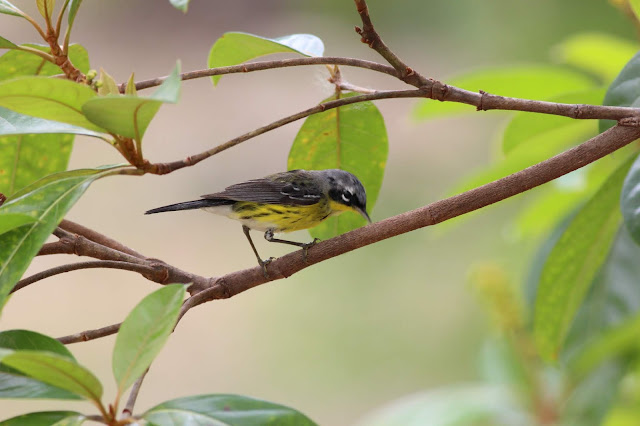 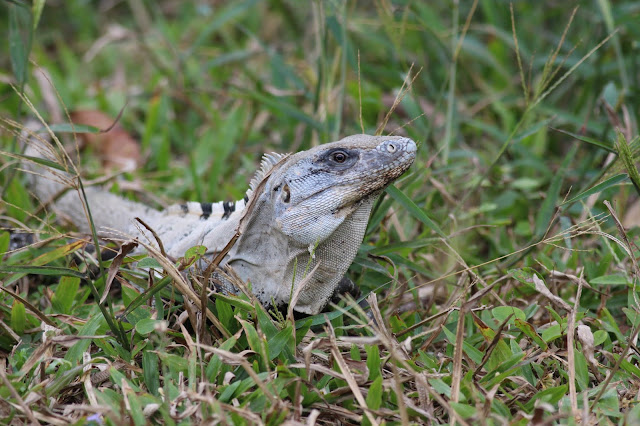 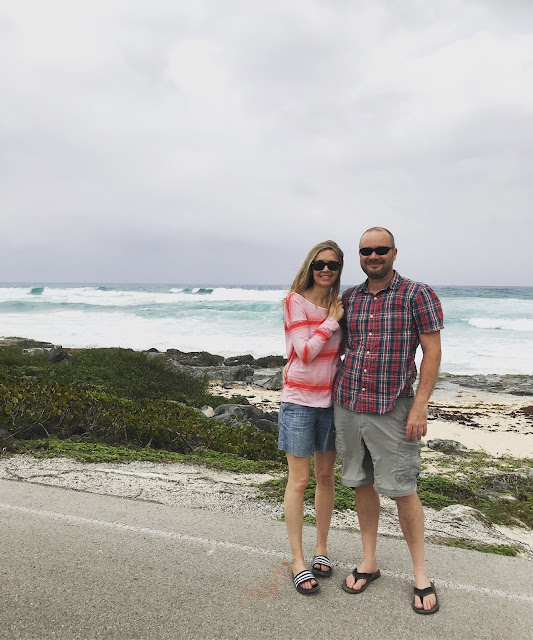 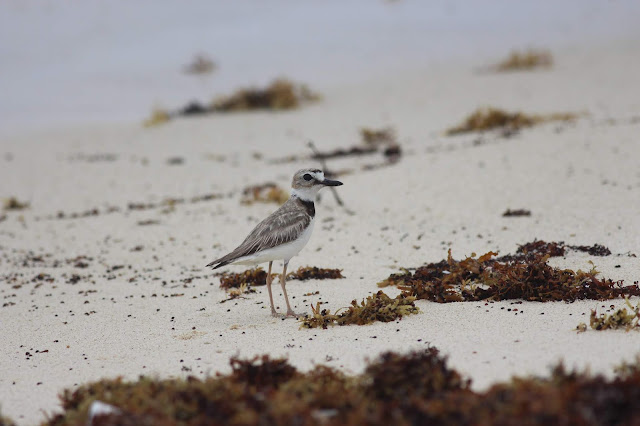 Wilson's Plover - the shorebirds like that side of the island more too.  I didn't take too many photos of the birds because most of them are common in NC.  The drive around the south end of the island was pretty but super windy and the air was damp with salt spray.  I was rapidly running out of island as we were almost all the way done with the circle when I saw a roadside sign with a spray painted outline of a hummingbird.  A little farther down the road a hotel entrance had a ton of flowers so I pulled over and told the family to hang on a few minutes while I checked it out.

BINGO!  There were a couple emeralds chasing each other for ownership of the flower patch. 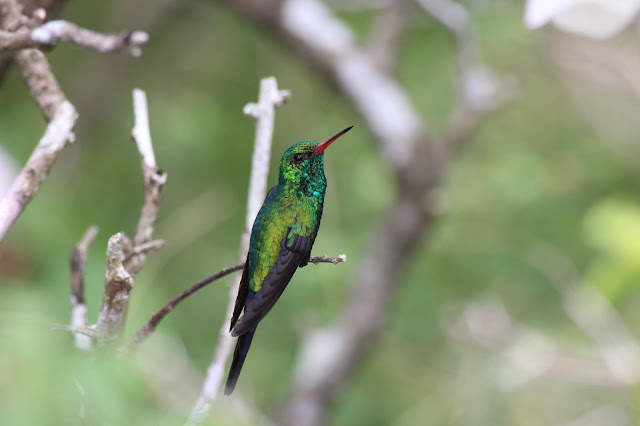 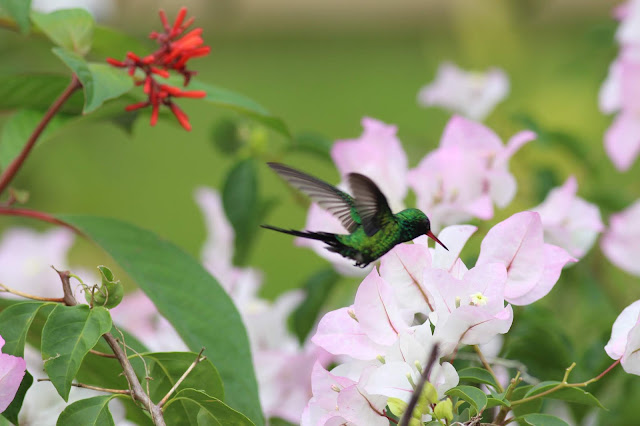 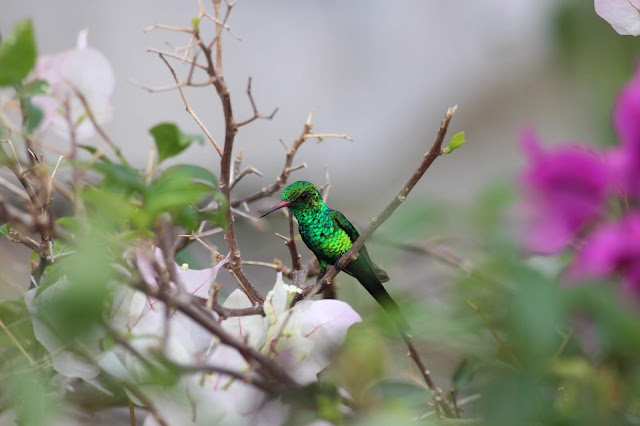 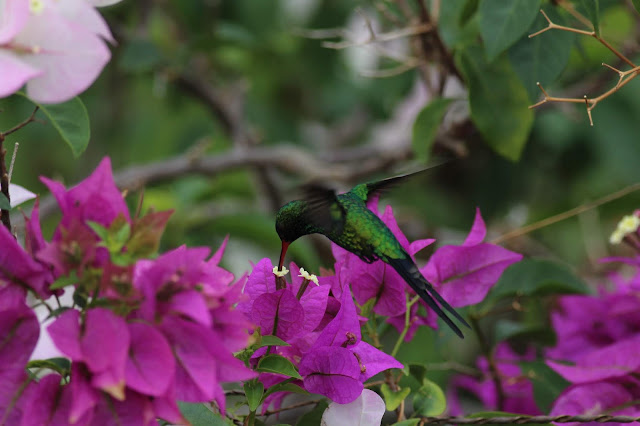 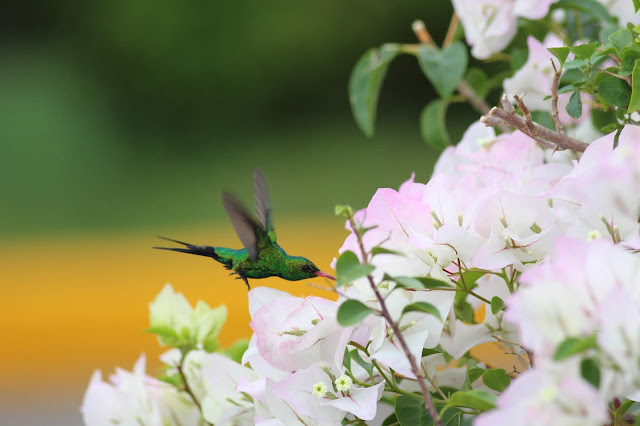 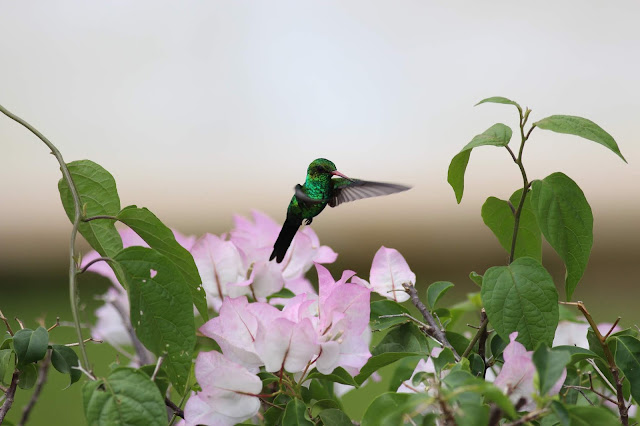 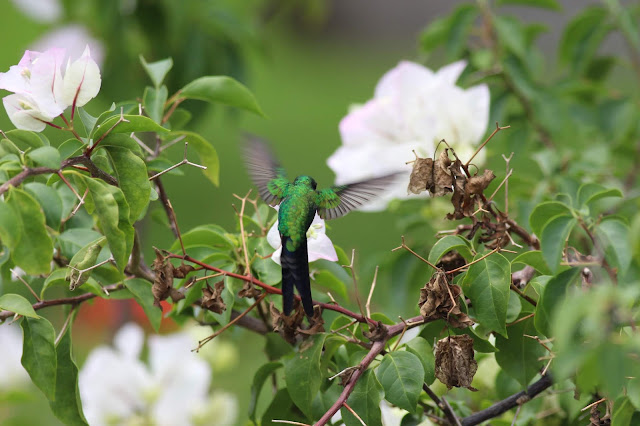 That was huge weight off my chest.  Lunch / Dinner in town was so much better with that bird in the bank.  Then the ferry ride over to the mainland was easy peasy compared to the trip to the island.  That evening before dark we made it to our next destination, Tulum!!  More installments coming soon.