How many of the good birds that have been found lately in NC are a consequence of Irma?  Who knows.  However, there have been a bunch of good birds.  Here are some that I was able to lay my eyes on. 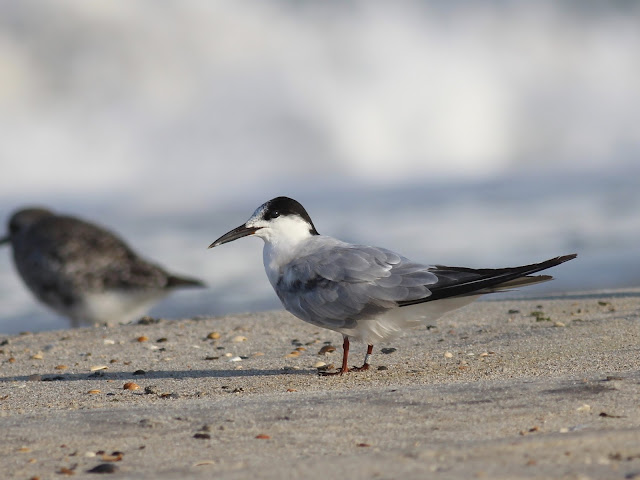 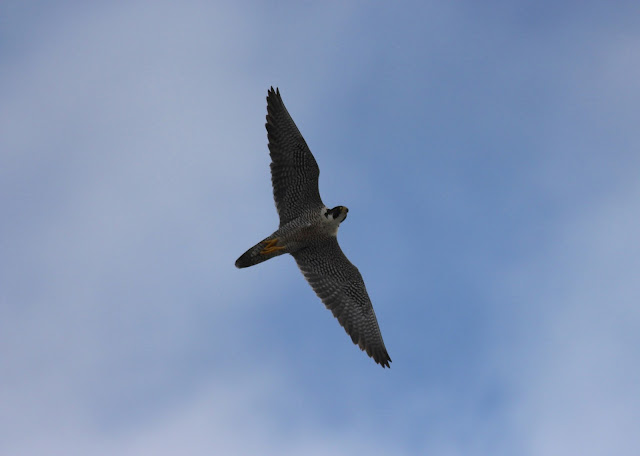 Peregrine Falcon - this one busted up a pretty large shorebird party. 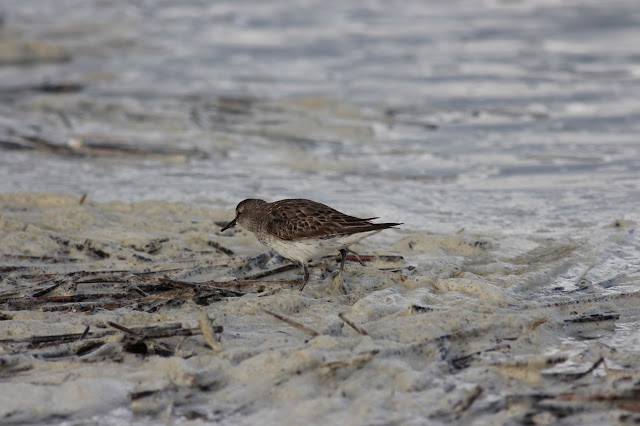 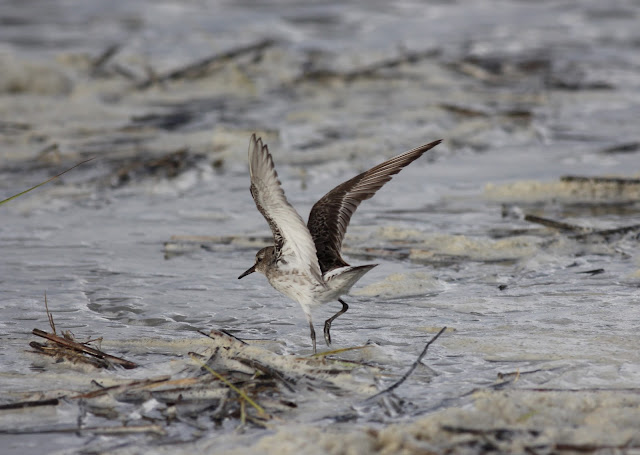 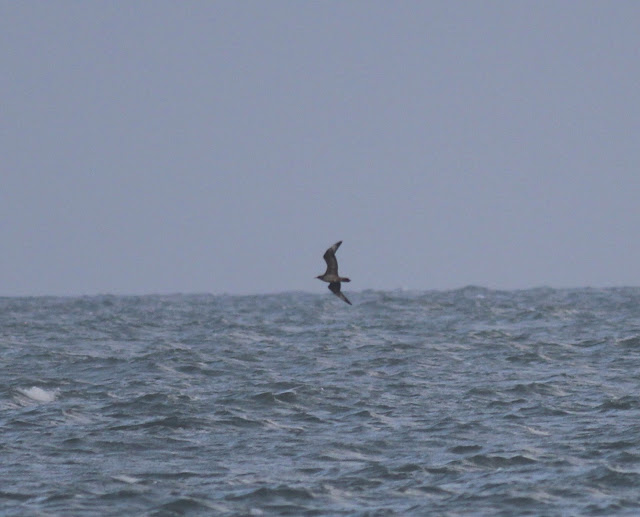 Jose out in the Atlantic must have caused jaegers to come in shore because I saw a ton in the morning while I was surfing.  In the afternoon we spotted a couple working outside the breakers. 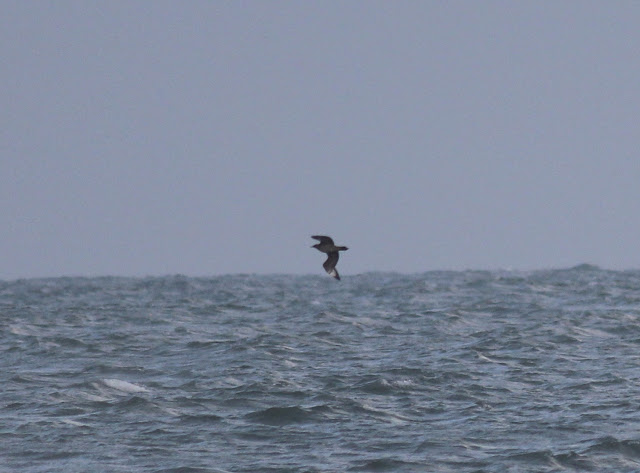 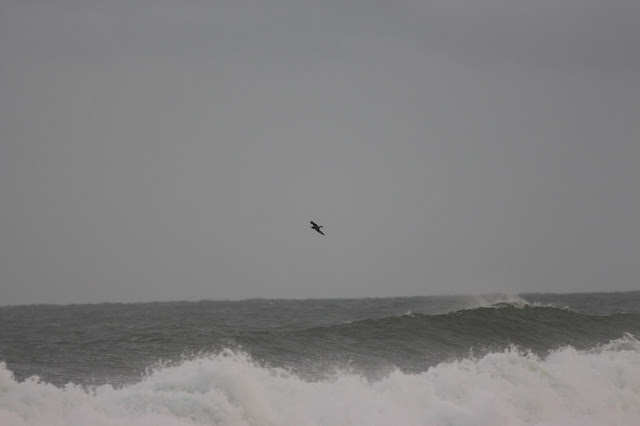 I had been watching reports of the Ruff/Reeve in Carteret County for several days and finally got my opportunity early Wednesday morning. Luckily it was right where it was reported to be and did not take long to find. 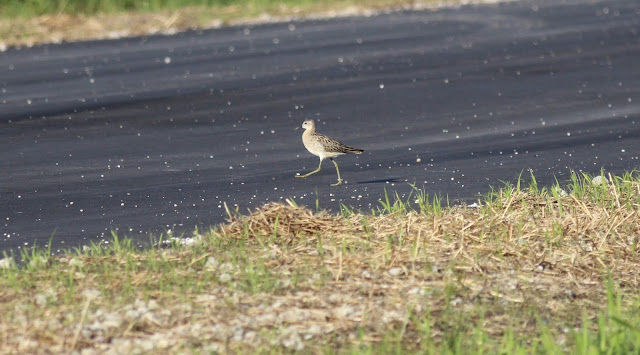 Why did the Ruff cross the road? 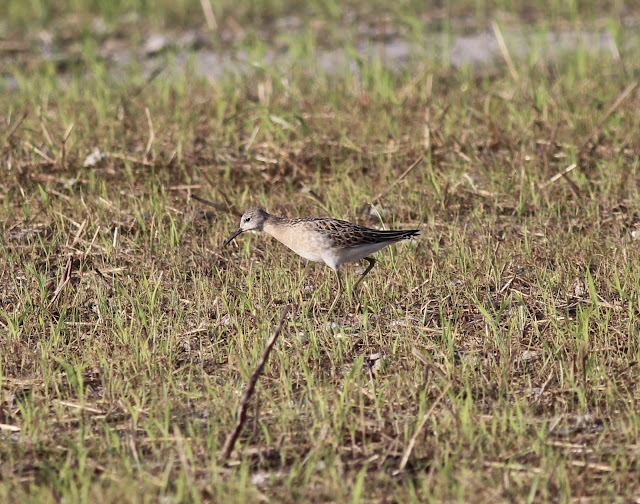 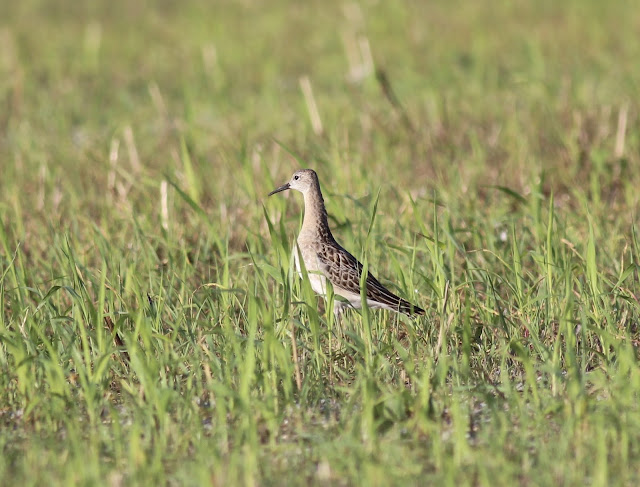 Looks kind of like a Upland Sandpiper but bigger. 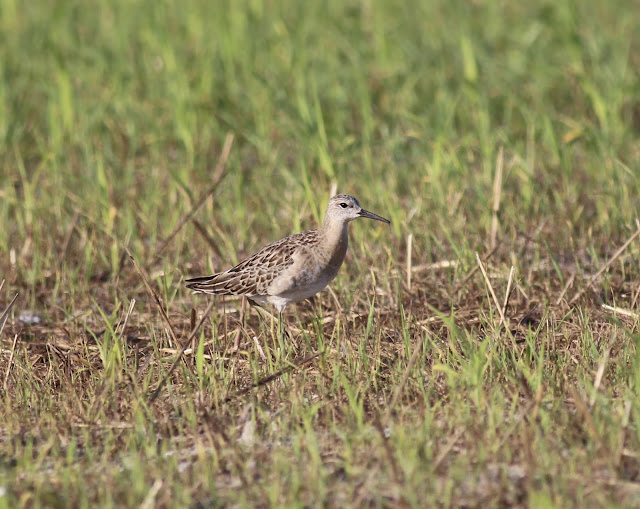 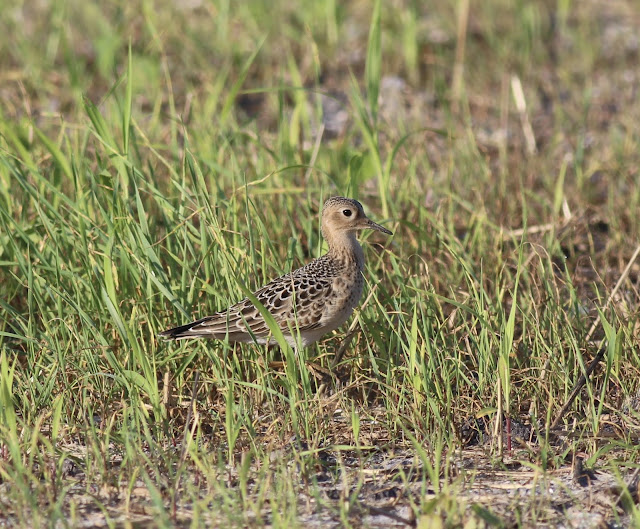 The Buff-breasted was there too. 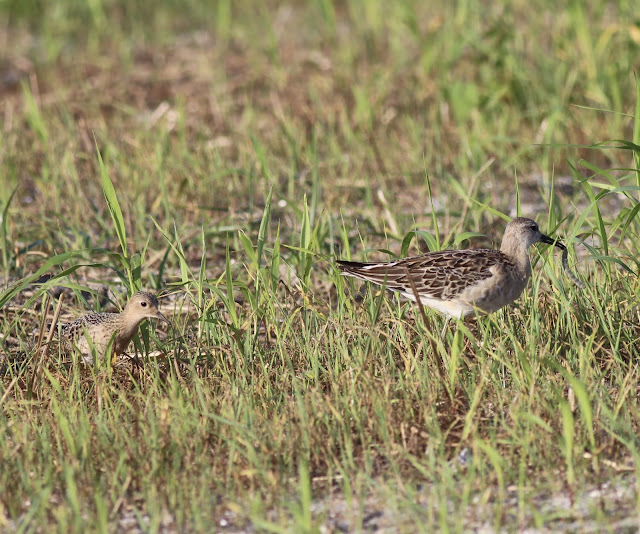 Its not everyday when you see a Buff-breasted and a Ruff in the same picture frame. 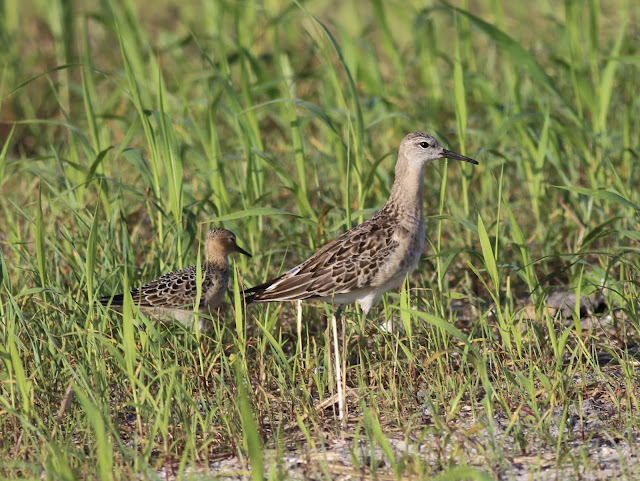 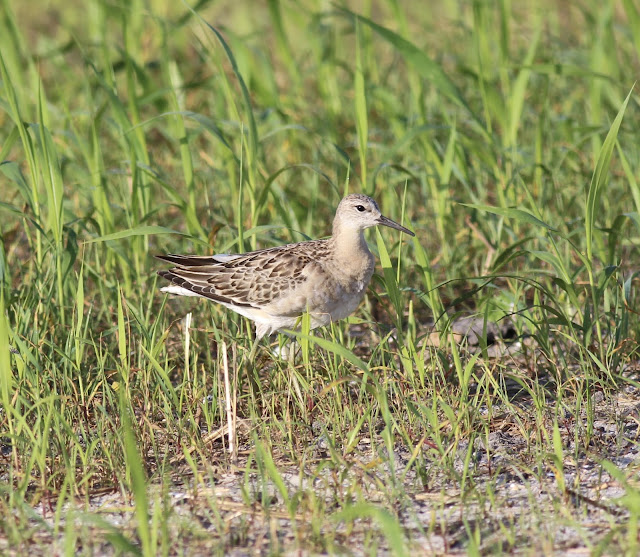 A quick stop to Fort Macon and the warblers were jumping but we couldn't find anything unusual. 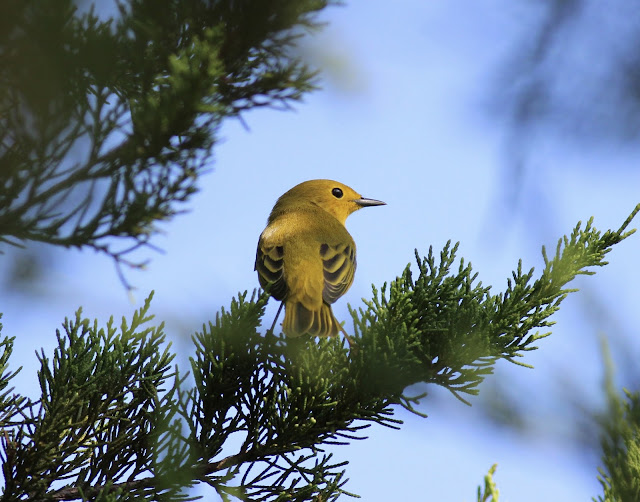 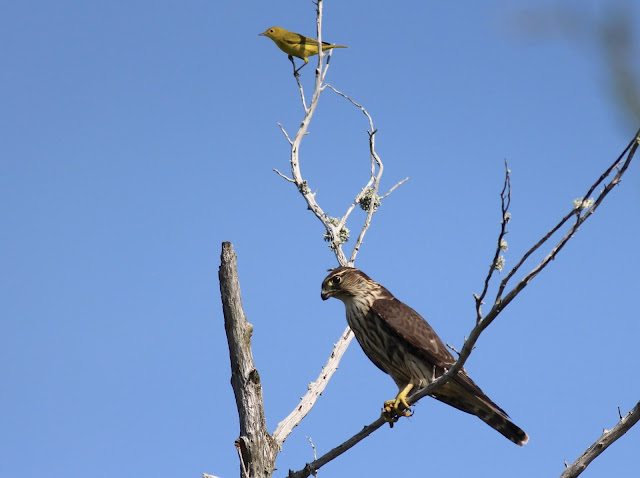 A suicidal Yellow Warbler was taunting this Merlin. 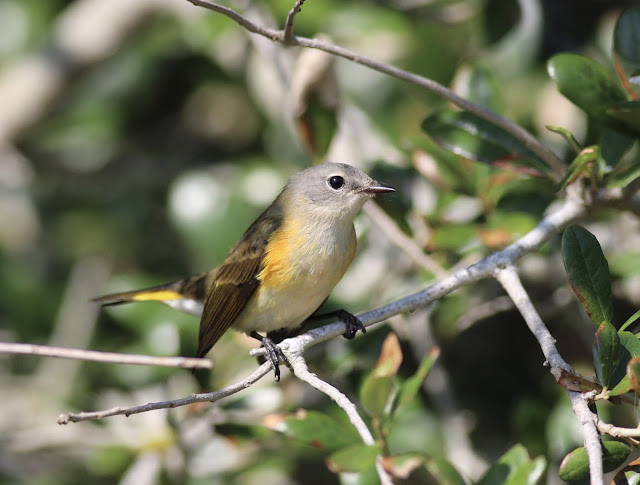 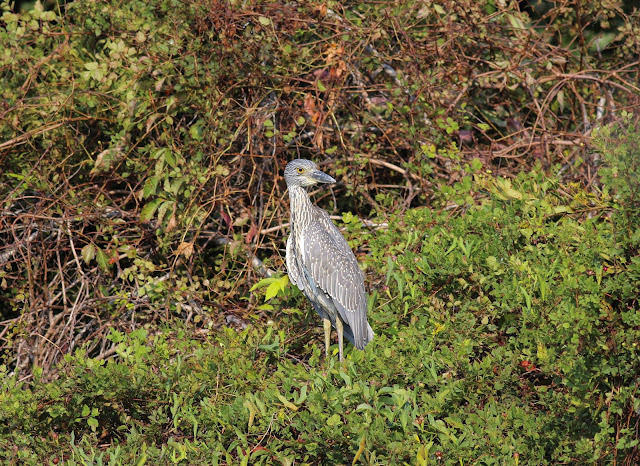 This Yellow-crowned Night-heron was at the Fort Fisher Aquarium pond.

I love storm birds and migrants too.  The big orange baby could learn a thing or two from watching birds.  We cherish the vagrants and invite them in.  Their uniqueness and differences are what makes them interesting and valuable.  I know, quit anthropomorphizing.
Posted by Jamie Adams at 2:52 AM